This week, Prime Minister 'Akilisi Pohiva warned the country was a playground for criminals and proposed a committee be formed to investigate Police.

Police Minister Pohiva Tu'ionetoa says many people are worried about a number of recent escapes from police custody, including an American man suspected of murder. 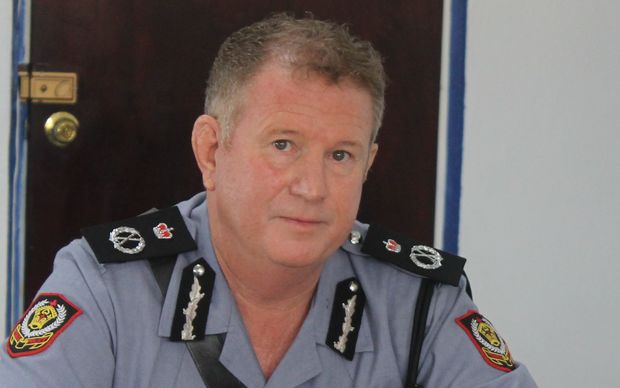 POHIVA TU'IONETOA:  From the viewpoint of government, it is a concern and also for me as a minister, I do not have a good image to the public.  There were about three recent escapes from the custody of the police [which] we cannot yet explain.  To me, I take it very seriously, I want to know fully what happened.

KORO VAKA'UTA:  Mr Pohiva has said or proposed the thought of a committee to investigate the police, as minister is that something you endorse?

PT:  There is a possibility on that one but we have not come to a specific decision on that.

KV:  He has said also warning that the country has become somewhat of a 'playground for criminals'.

PT:  That seems to be the opinion that the Prime Minister has given to the public.  I think there is some truth in it but we have to work carefully to avoid that kind, to stop this kind of happening from continuing any further.  That is the responsibility of the Minister of Police in the opinion of the people but in the law, I don't have that responsibility, that is the Commissioner of Police's responsibility.  That is one important point to work out between the Minister and the Commissioner who is responsible and who is strictly accountable for that kind of thing.

KV:  Do you think the Commissioner needs to be held responsible in some way?

PT:  According to the law, the Police Act that was passed in 2010, the Commissioner is responsible for the operational methods of the police and the Minister is not allowed to question.  He is independent to do that."

KV:  So Minister, given that's the way it is and given the concerns that have been expressed in parliament and throughout the public, is there some way that your concerns can be expressed to the Commissioner?

PT:  We have been talking about it but we still have two different points of view.

KV:  Is the government satisfied with the job that Commissioner is doing?

PT:  That would be the following question.  If this is the interpretation of the law, are we satisfied with his performance?  That kind of discussion may be going on inside Cabinet and there may be some solution soon.

KV:  You can't comment on whether you are satisfied with the job Mr Caldwell is doing?

PT:  I think at this point, it is not fair for me to make a comment.