The head of the United Nations System in Papua New Guinea says they are delighted with an international award given to the "Phones Against Corruption" initiative.

Under the scheme, public servants are encouraged to send texts or other messages, at no charge, if they see funds that may be being misused, nepotism or other activities that might be deemed corrupt.

The scheme, in place since 2014, is backed by the UNDP and Don Wiseman asked its PNG country director, Roy Trivedy, how they ensure such a system is not abused. 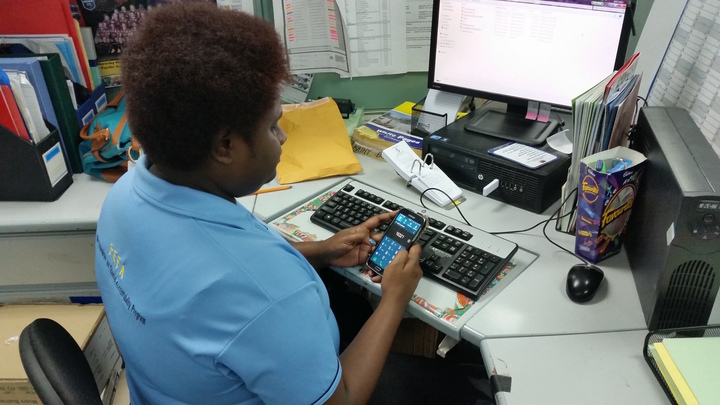 ROY TRIVEDY: There is a group which has been set up within the department by the secretary of finance who will then do a full report for the secretary of the department to say, here is what we've found based on the text message, each text message that we've received, so there is an investigative process then and clearly not every text message that is received, you know, it may not be a corrupt practice, it may not be public funds being misused or whatever, and those things need to be looked at carefully and then where it is clear that there is no evidence to support an allegation those things are dropped. But the beauty of the system I think, is that, one it acts as a huge deterrent for anybody who is even contemplating using resources for purposes other than the ones they're intended and the second is that it has also led to the recovery of quite sizeable amounts of funds, public funds, and a number of arrests and so on.

DON WISEMAN: And clearly been recognised internationally because Phones Against Corruption has won an international award.

RT: Yeah we are absolutely thrilled by this award which is a very prestigious award, awarded by Government Insider, which is a publication, global publication, and the Phones Against Corruption, won the best citizen engagement for this year and it's great that Papua New Guinea, the work in Papua New Guinea has been recognised for its innovation and so on and trying to tackle perhaps in a small way an issue which is of public concern globally.

DW: It has been said on a number of occasions, that corruption at an official level in Papua New Guinea, was systemic so do you think it is becoming less so?

RT: There are two points I would make to that Don. The first is that personally I've seen no evidence to suggest that corruption is any worse in Papua New Guinea than in many other countries, that's the first point, the second is that actually corruption is not just the problem of poor countries, as you know I'm a UK government civil servant currently working in Papua New Guinea, and we've had cases in the UK, we've had cases across the world actually of corrupt practices both in poorer countries and in richer countries, and the third thing is that it is hard to say whether the levels of corruption are less or increasing or staying the same, what I would say is the ways of fighting corruption, just as corrupt practices are becoming more sophisticated, the ways of fighting corruption are also becoming stronger and better and there is definitely more transparency now in Papua New Guinea than there was some years back and these things are important markers, they clearly won't solve the issue by themselves but as part of a broader set of approaches to tackle the issue, I think this is a very useful initiative and it's great that it's been trialled and been shown to work in Papua New Guinea.