The Deputy Prime Minister of Samoa says the perception that politics is a man's arena is blocking women from entering politics.

To combat this, Samoa's parliament endorsed an amendment to allow five seats to be allotted to women candidates in 2013.

Fiame Naomi Mata'afa was elected as Deputy Prime Minister in this year's election and told Daniela Maoate-Cox while some progress has been made, there is still much to be done. 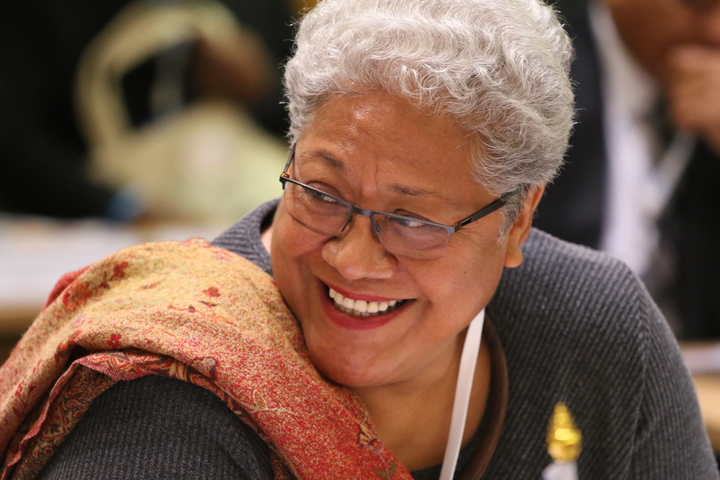 FIAME NAOMI MATA'AFA: There're so few of us in the region. I always say to my colleagues and other women who are interested in politics that part of the issue about women entering in politics is one, they don't see it as something they would naturally go towards. There's still the perception it's not a women's arena, the Pacific has the worst rates of representation so I don't think it's something to be really happy about but yeah I think we're making some progress. But in the very early days of women's participation on the whole equality issue, there was the correlation between a country's level of development and social improvements and reform and I think that would be true of the region. The state of its development is perhaps reflected in all these different elements. So they say, like Rwanda and what an example that is and yet on a development scale, they're not doing that well but I think their experience colonially was a bit more difficult than perhaps the Pacific. So I think when we're making comparisons we have to look at what's the context of that evolution, so it's been a sort of friendlier thing in the Pacific but I don't think it's necessarily done a thing for equal participation of its members' public life. I mean domestic violence is such a big thing in the Pacific still but that's all part of the gender equality thing because the perceptions are still there that women are second class citizens and it's just their lot.

DANIELA MAOATE-COX: Is there something different about what women bring to parliament when they are in Government in terms of the ideas that they focus on?

FM: Oh yeah definitely. They say politics is about representing issues or interests so men can't really represent interests that women have and reproductive health is one of things. The difficulty, the whole equality issue, men can't represent women on all those things but I have to say all issues are women's issues when it comes to representation in government and I think that's why governments were they way they were before. Because it was men and they had a particular perspective on what was important, what was priorities, how to do things, women do things very differently, so I definitely think that it changes when the women come in, the voices are different.