PNG missed its chance for more women in parliament

A retired Papua New Guinea MP says the country has missed its opportunity to balance the representation of women in parliament.

In 2011 PNG passed a bill to set up 22 reserved seats for women but enabling legislation was not passed in time for the following year's election.

She told Daniela Maoate-Cox the chance to reserve seats for women has gone and it's now up to political parties to boost the number of women in politics. 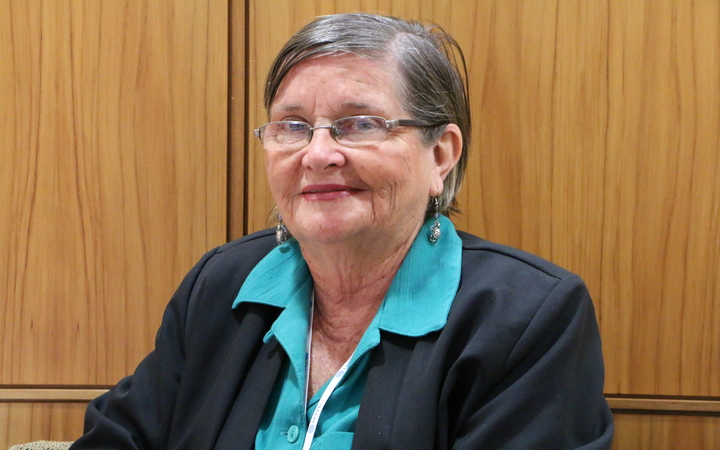 DAME CAROL KIDU: For Papua New Guinea, because we missed out on getting that affirmative action legislation through, I think we've missed our opportunity. I'm struggling on how to do it in PNG now when I think about it, it's got to be parties have to be very assertive but there hasn't been an indication that they are, but it is going to come back to political parties now. It is not going to happen by legal reform any more that will increase the number of seats in parliament because our members now have a very large delivery fund that goes through the members and to increase that delivery fund by ten more members or something, it will never get through.

DANIELA MAOATE-COX: What do you mean by delivery fund?

CK: We call it the district service improvement programme, it is money, it takes up 10 million kina through political mechanisms that are under guidelines but to put in ten extra politicians, and we were trying to get 22 extra politicians, the financial implications are just too huge, and so it won't, it will have no chance of passing now, even a quota like Samoa, if we had a quota of ten, I just feel in myself it will never get through because of the financial implications because of this district service improvement programme which was increased enormously during this term of parliament. So I think for Papua New Guinea the only way forward is to really work through political parties to do it that way which is done in Timor Leste and they have 35 or something percent women in parliament because it is legislated through parties but they don't have individual campaigning, they campaign as parties and then the parties are then obliged to put in, in every three one must be a woman by law. That's too radical a change to bring in to PNG politics probably so we really are, in a way, trapped at present.

DMC: I have a memory of one country in the Pacific that was thinking of  bringing in party requirements, was that Papua New Guinea?

CK: There is a bill on notice paper at present in Papua New Guinea to put a ten percent quota but I think the electoral commissioner is not optimistic that it is going to go through but we'll wait and see, elections are next year.

DM-C: Is it getting better? My understanding is there are three out of 111 MPs at the moment.

CK: I'm concerned about the future of women's representation in PNG parliament, when I was in there, I retired in 2012, I was 0.9 percent of the parliament, I was one woman and 108 men, when I retired in that election three women were elected so they are now 2.7 percent of the parliament of Papua New Guinea and people heralded it as a victory as it was for those women, it was excellent work, but you couldn't call us a representative democracy when half of the population has only 2.7 percent of parliament.