Hope given to amputees in Vanuatu

Amputees in Vanuatu have been given hope as two new prosthetists are trained up with the help of the Vanuatu Amputees Association.

Amputations have been on the rise in Vanuatu due to high rates of type two diabetes.

Last year husband and wife Michael and Julie Shugg moved to Vanuatu to help set up the VAA and work on training prosthetists on the islands.

Julie Shugg spoke to Eleanor Wenman about the VAA's work and why amputation rates are so high. 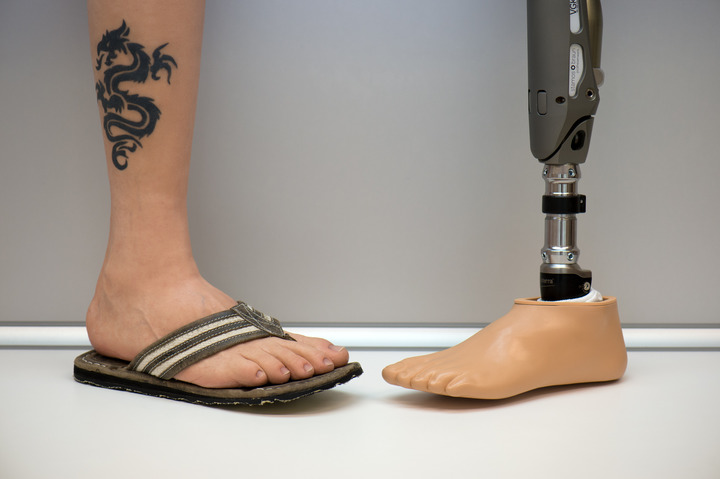 JULIE SHUGG: It's all due to type two diabetes. We're rated third highest in the world here with type two diabetes according to the World Health Organisation. One out of fifty Ni-Vanuatu have had an amputation due to type two diabetes. It is such a big problem. Their diet has changed quite rapidly over the years, so instead of eating their island's food, they now eat very large quantities of white rice and of course all the liquid sugar you know, the wonderful Coca-Cola and Fanta and it's literally killing them.

ELEANOR WENMAN: I was just wondering what sort of support you receive from the locals? Like do they come back and volunteer time once they've been helped by your organisation?

JS: People are not really in a position to give us too much of a hand because they are now getting involved in getting back to their normal lives. We do have a few people who come and help us absolutely. The two trainee prosthetists that we have - One, Rosina, her five-year-old daughter was our first prosthetic recipient and Sham our other trainee, his father is an amputee himself. That's why they're both so keen to help and to learn.

EW: And are they training in Vanuatu or do they have to come to Australia or New Zealand?

JS: At the moment they're training with the prosthetist that we're bringing in but they will eventually need further training to become you know, internationally recognised, have their standards internationally recognised which will require actually four years training and at the moment we're looking at either Cambodia or India. But four years out of their lives is a big ask you know.

EW: What's your opinion and why is it so important to get locals trained up to treat people?

JS: It's incredibly important so that we can continue to offer prosthetic limbs to people who've had legs removed. Up until Michael and myself came here and we started bringing in the second hand limbs there was nobody doing anything for these people. By training local people here and by training them to international standards then they can continue to train people and it can just be a ongoing service.