A former prime minister of Vanuatu says 14 members of the previous government should be pardoned and released from prison. 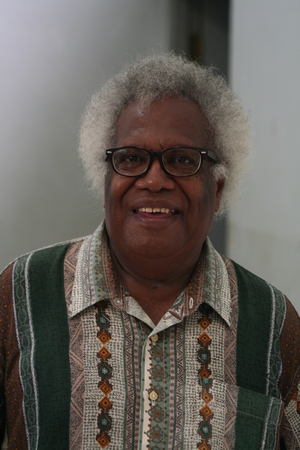 The former MPs were jailed in December after they were found guilty of receiving money to cross the floor of parliament and change the government.

On Thursday, eleven of the men were sentenced to extra jail time in relation to the decision taken by the former speaker, Marcellino Pipite to pardon himself and his colleagues while he was acting president.

That decision was later overturned by the president, Baldwin Lonsdale, who dissolved parliament and called snap elections.

But Barak Sope, who was prime minister from 1999 until 2001, and was later convicted - then pardoned - on charges of forging government bonds, says the former MPs are being made an example of.

He told Jamie Tahana the judiciary has completely ignored ni-Vanuatu custom, and more respect should be shown to leaders and chiefs.

BARAK SOPE: I think what I disagree with is that those people who are in prison, they're former prime ministers, some of them are chiefs and all that. I think the judicial system in Vanuatu, all the people in it now are not taking into account the customary side - the tradition. When you put leaders in court, they're just taking the western system and I can understand that because after 36 years since independence we've got more foreign judges in our courts than there were before in the colonial times.

JAMIE TAHANA: I'm sorry but what is the custom side that should be taken into account?

BS: Well they are leaders of communities where the sentencing is different. Some of the views of ways of bribery and all that is also different. I mean the law defines it differently but also in custom, there are different ways of dealing with these sorts of courts or traditional courts. So in the community we are also questioning this, you know, how can foreign judges come and judge our leaders?

JT: So how would custom consider [former deputy prime minister Moana] Carcasses's loans and the conspiracy to pardon themselves? How would custom deal with that?

BS: Well in custom, I mean, leaders can do that. I mean you call it conspiracy, we call it bribery and all that. But if leaders do things people respect them and give them gifts and all that sort of thing - that's custom. So, for me, it's a total farce what is going on in Vanuatu nowadays.

JT: So what they did was OK?

BS: Well, uh, no it may not be OK. But in custom, you have to treat leaders differently.

JT: Even if leaders exploit that?

BS: But they're not. They haven't exploited anything, I mean this is the first time that the leaders have gone to court for this.

JT: So in your view these leaders should not be in jail?

BS: In my view, they could be in jail, but they should not have these big sentences imposed on them because you've got chiefs, you've got former ministers. They were elected and they were put in jail as elected members of parliament. If I was the head of state I would pardon them tomorrow.

JT: Would the public agree with that? Because at the election the vote seemed to suggest that they wanted change.

BS: I think that the public is split on this. I think if it went to the public to decide these leaders would be pardoned.

JT: If that's the case do you believe Vanuatu has a problem with corruption?

BS: Like every other country. I mean New Zealand, Australia, you know, you define corruption in all these countries differently. I don't think Vanuatu, because these people went to jail, that corruption is higher here than in any other. This trial has gone to the roots even of Vanuatu culture. In Vanuatu, when you're a leader, because it ties in with your cultural standing in many islands in Vanuatu. So, for example the president. He cannot visit my island because he's got one of my members of parliament in jail. How can he come and say 'OK I'll come and visit you'? He can't. So there is still a clash of culture in as far as judiciary and the ni-Vanuatu system of judiciary goes.