Pacific MPs reminded to turn talk on SDGs into action

Pacific MPs have been given a stern reminder of their responsibility to inform their people at a conference on sexual health in New Zealand.

More than 30 delegates representing 10 Pacific countries have been in Wellington to discuss how Pacific parliaments can prioritise sexual and reproductive health and rights in the sustainable development goals, or SDGs.

But the true challenge lies in relaying the information back to their governments and communities. 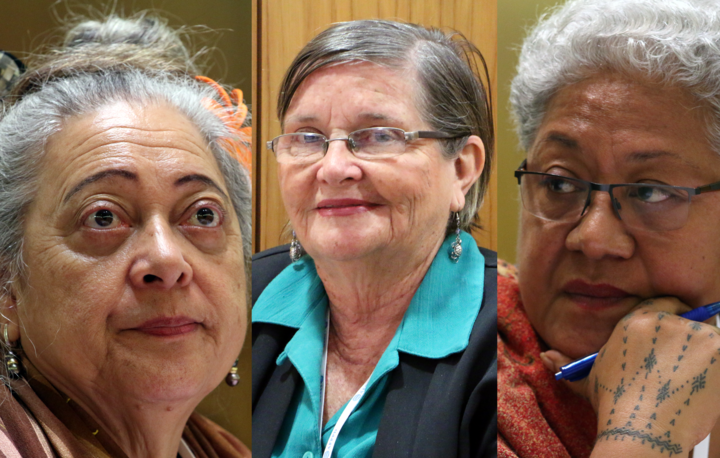 No poverty, zero hunger, climate action, and gender equality are just some of the 17 SDGs set by the UN General Assembly in 2015. And for two days Pacific representatives talked about how to work access to abortion, contraception, gender-based violence and population control into those goals. But the politicians were also reminded that talk is worth little if it doesn't improve the reality for Pacific people. A member of the high-level task force for the International Conference on Population and Development, and retired Papua New Guinea politician, Dame Carol Kidu says the job of a politician is to inform those who elected them.

"Women die needlessly in unsafe abortions and we should not allow that to happen. Things like sexual diversity and non-discrimination against people of different sexual orientations, some of things are not explicitly in the global SDGs because there were such difficult tensions in the negotiations where some countries would not move on those. But I think we cannot ignore them in our national programmes."

But she says conflicting beliefs are a barrier.

The Deputy Prime Minister of Samoa, Fiame Naomi Mata'afa says MPs are targeted on the concept that they are people representing their respective communities.

"The whole point is, and I think it's still relevant, to remind members of parliament of that community connection, their representation of those as opposed to being a member of a government that sets policies, they have to really check if that macro level stuff is actually matching up with the needs that are expressed at the local level."

But she says it's easy to be bogged down by obligations to constantly report on progress.

"As small countries, having to report to different fora, we could spend our whole time running around doing those things, so the whole point of aligning our development, our frameworks, starting from the very local to the global is a very important thing."

The speaker of the Cook Islands parliament, Niki Rattle, says achieving the SDGs will require better coordination of ministry officials, civil society groups, and parliamentarians to ensure the message reaches everyone.

"Because at the end of the day we're talking about the community and they can't be left out. They've got to be part of the decision making so once people have got all that information it's a lot easier to make things happen."

But the geographical spread of many Pacific island nations means this task is easier said than done.

The fourth UN meeting on monitoring the goals and targets of the SDGs agenda will be held in Ethiopia next month.