Back to school could be way forward for Pacific farmers

A field school that's helped double the income of the farmers who have graduated in Tonga could be rolled out across the Pacific.

The farmer field school on Tonga's 'Eua Island gave twenty farmers the opportunity to learn by doing, by testing new methods in a demonstration plot.

The UN agency, the International Fund for Agricultural Development, funded the school. 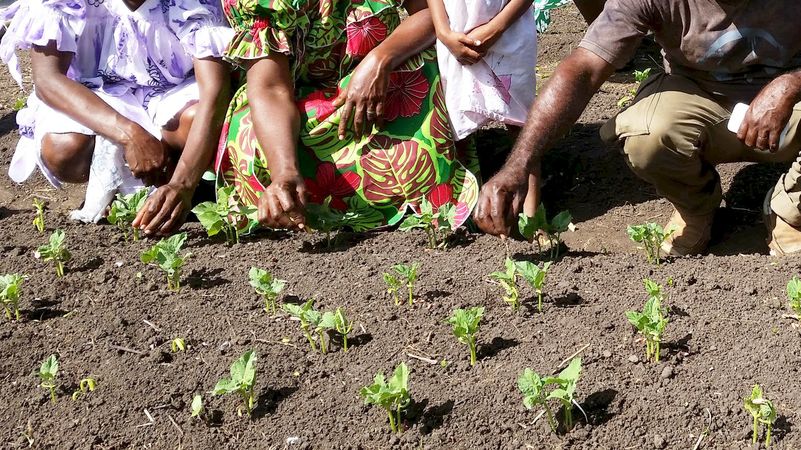 SAKIUSA TUBUNA: We had a volunteer through the New Zealand volunteer scheme working with farmers teaching them new technology, soils, how to develop planting materials, and new ways of cultivating all the various crops including vegetables and root crops. Taking them through the process, it's hands on training in the field and also facilitating exchange of information between farmers themselves.

JO O'BRIEN: Has it changed the way that they're farming now having done this course?

ST: Yes significant change in the way they approach agriculture, given that there has been an increase in their income, most of the farmers have told us their income has really doubled by applying technology, applying agronomical practices and that has improved the way they do the agriculture in the islands.

ST: Yes, and also at the same time it's also enhanced the nutrition level because they can plant a lot of vegetables before they just used root crops but now they are planting more vegetables and any left over are being consumed by the families. Like any other countries the big issue is non-communicable diseases, now communities can eat a lot of vegetables that can lead to the decline in non-communicable diseases in Tonga and of course around the Pacific.

JO: Are there any other benefits you can see from this sort of training?

ST: The benefits are enormous not only to the farmers but I think to the Pacific from 'Eua we're going to upskill this approach to other islands in Tonga and also there's been a lot of interest to take this approach to the other countries, Vanuatu, and of course in Fiji we'll be replicating this sort of thing also. It's a major breakthrough in the Pacific, we're able to transmit the technology in a more cost effective way to farmers there's been a lot of approaches done in the past but this has been the most effective and we have seen the impact of this on the farmers and I think the need there is now to upscale it and extend it to other parts of Tonga and of course to the Pacific as a whole.