Illegal trading of cherry coffee in Papua New Guinea is said to be affecting the quality of coffee in the country.

The practice also known as freelance trading refers to the sale of fresh coffee cherries, which are usually stolen, by uncertified parties in PNG.

Some of the larger coffee producers lose up to 50 percent of their total produce through theft annually.

The practice was made illegal in 2008 by the national regulator, the Coffee Industry Corporation Ltd, with fines of up to $US1542 dollars for repeat offenders.

A compliance manager at the CIC, Michael Waim, says there has been a reduction in the practice, but it is still a big problem.

He told Koroi Hawkins that at first the regulator's primary concern was reducing farmers' losses but more recently it has found the practice is also affecting the quality of PNG coffee. 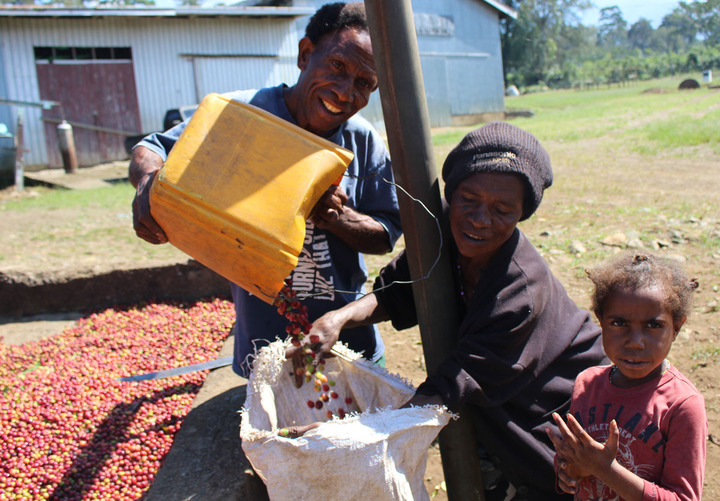 MICHAEL WAIM: The biggest issue that we had was theft and then it attributes to the quality problem as well because when a certified entity buys the coffee it takes it back to the processing and then there they have a distinct processing system where it does all the quality checks before the coffee can be processed. But anybody going in to the coffee garden to pick up the coffee they do not care about the type of coffee that is picked because all they want is fast money so they can pick anything into the backs of trucks and they can go and sell it. That is where quality also becomes a problem, we were looking at the big picture of the theft but at the end of the day it also implicates the quality of the system that we have.

MW:  As we are speaking currently we need to improvise the policy that will also govern where the coffee is grown, currently we have the policy in place but people tend to do the things that are not inline with the policy that we wanted so we have to look at it at least to ensure that the people out there giving their wishes so that we can compile that so we can have a policy that can be workable to people at different locations to where they are living. Right now the policy is confined to accessibility of the coffee growing population but to an extent we need to look that so that policy also engulfs people who are not accessing roads and other modes of transports, that's something that the industry is also looking into.

KH: So what's the issue there? How does the policy exclude people who don't have access to roads, in what way?

MW: Like for instance, some of the places that the coffee is grown is accessible by road but some of the places that the coffee is grown is only accessible by air or even they can use a ship to transport their coffee but when they start to bring it to the market, and you look at the price it does not equate to the effort that is put in to get the coffee to that point. So that is why if we have to regulate our policy into such a place then that may not be advantageous to them so we might look at giving them the option to pick the coffee and have a central place that can aid them to process the coffee so that at the end of the day they have added value to the coffee that is where we are looking into the policy so we can add some value to people who can not access any means of transport.