The University of Papua New Guinea is refusing to let seven students, who were granted a stay order against the administration's decision to terminate them, register for classes.

This is in relation to their roles in student protests against Prime Minister Peter O'Neil earlier in the year which saw the academic year suspended for months on end.

The National newspaper reported an interim court order granted by Justice Leka Nablu on Friday last week prohibited the university, its servants and agents from preventing the students from attending classes.

But one of the student leaders involved in the court action, Hercules Jim told Koroi Hawkins they have been trying to register for classes since Friday but have been prevented from doing so by security personnel and staff at the university. 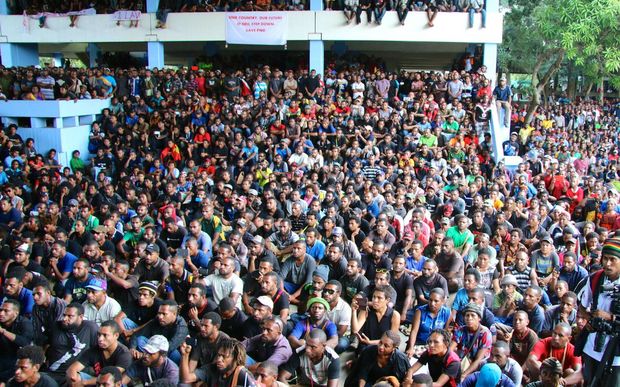 HERCULES JIM: The order also says that the administration and the agents are not allowed to stop the students from attending classes. But we were not allowed to register last week Friday. We made several attempts to move into the campus over the weekend but that was also declined by the university's security force. We made several attempts to register on Monday but was rejected by the administration especially the registrar Jennifer Popat. We made several attempts also this morning to attend the classes, attend classes but we were told to fill up the form, registration form this morning but not to attend classes. What we are saying is the court has ordered, has made order but the administration courses will take its own courses. But from what we understand we were supposed to be registered last week Friday and we are supposed to be in the classes attending classes starting today. And for whatever reason we are not attending classes and yes we are still waiting for the administration decision.

KOROI HAWKINS: So they are basically in defiance of a court order or are they saying that despite the court order they will wait for the twentieth of October before making a decision on your case?

HJ: Basically they are defying the court order. We were supposed to be registered last week Friday and to date now we are not registered and we are not attending classes.

KH: So in the National (newspaper) report it is saying that seven of you are named, student leaders and representatives. But how does this affect other students? Is there are you also fighting for the rights of other students?

HJ: Yes, our case whether we win or lose will determine the other students but for now we have, seven of us have taken the matter to the court while the next, the other 18 are still waiting for the administration decision on the termination.

KH: So it is still quite a tentative and sensitive situation it seems for you?

HJ: Yes, we do not know why they are not following the national court order.

KH: Yes and 20th of October is a long way away. (Return court date for application for a judicial review of the UPNG decision to terminate student leaders involved in protests earlier this year.) What are you going to do about it if the university continues to not accommodate you.

For web: As well as the stay order Justice Leka Nablu granted the students leave to apply for a judicial review of the UPNG's decision to have them terminated.

The students are seeking orders to quash the university's decision to permanently exclude them, reinstate them to the university and to claim damages.

Hercules Jim says if they were to win the court case it would mean other affected students could also stand a chance of continuing their education.

The matter of the Judicial review returns to court on the 20th of October.