A political scientist who covers Pacific issues says he wonders if the Pacific Islands Forum realises the implications of including territories as members.

The Forum was set up in 1971 to counter the influence of the major colonial powers, but with French Polynesia and New Caledonia added during this year's summit, France has effectively become a member of the body. 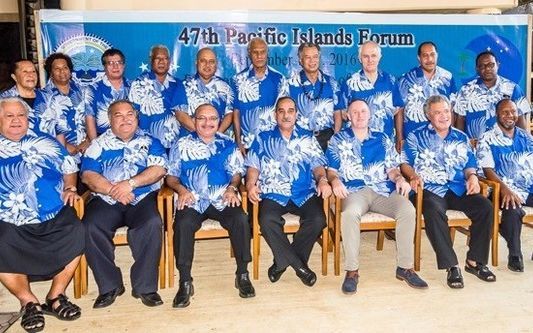 DON WISEMAN: Well it turns the concept of why the Forum was established on its head doesn't it?

DW: There are a significant number of issues that in the past I think the Forum has taken a stand on, nuclear testing for instance. What's going to happen with any of these controversial matters now because, well, you've got France there?

MK: It'd be difficult I think to discuss those issues impartially, and essentially what should have been on people's minds was the issue of decolonisation for both French Polynesia and New Caledonia. Which I am hearing now is not such a big deal now, now that they've been admitted into the Forum. Of course the other question is, if that's the case then why is West Papua not invited as well to be a part of the Forum, even though it's a part of Indonesia? And of course the simple answer is that Indonesia does not want West Papua to be a part of the Forum whereas France obviously wants its territories to be a part. So it seems to me that it needs a strong sponsoring metropolitan country to get around the rules, as it were, even break the rules, contravene the rules that have been in place since 1971.

DW: Will these changes improve the Forum or will they make it somewhat redundant?

MK: I think it will make it more difficult for Pacific Island leaders to voice their opinions independently and in the Forum. I mean, it was difficult even before these new members were admitted because of the fact that New Zealand and Australia are financing their Forum and of course they are the big players in the region. I think it will get more and more difficult for the leaders to push or pursue their own agendas, national agendas and it may well be that if France is a part of the Forum then why couldn't a country like China, for example, be a part of the Forum, even though I guess France could be seen, and the EU particularly, could be seen as a counter weight to the Chinese  influence in the Pacific. But I think Chinese influence in the Pacific is too strong anyway for an effective counter weight such as France and the EU. But I think in a way the doors have been opened now, and we could see new members not only becoming a part of the Forum, and in fact it could become ironic in the sense that it could become the old South Pacific Commission, that the Forum was set up to counter- the SPC as it were in another guise. It's all very interesting and will be interesting to see just how the bigger metropolitan countries, particularly on the edge of the Pacific, react to this - such as Japan, the US, China and so on.