A year ago Pacific leaders at their annual talkfest agreed to send a fact-finding mission to Papua to investigate allegations of human rights abuse.

But Indonesia was against it so the Pacific Islands Forum mission to Papua never happened.

At this year's Forum summit in Pohnpei alleged human rights abuses in Papua still featured in the communique but there is no commitment to try and do anything specific about it.

However Joe Collins of the Australia West Papua Association told Don Wiseman that this is still better than most recent years at the Forum summit. 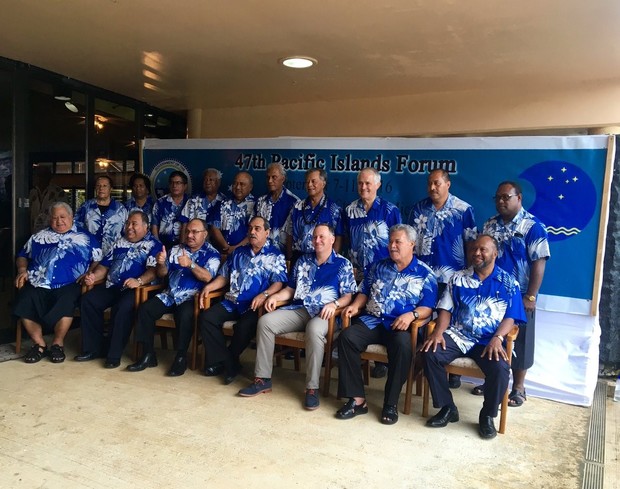 JOE COLLINS:  But I was slightly encouraged that they still actually mentioned West Papua in the communiqué, about the human rights situation. I mean, until last year it had been dropped of the agenda for about six years. So the fact that it's still mentioned in the communiqué is slightly encouraging, but on the other hand disappointing that they seem to have left Jakarta off the hook in pursuing the fact-finding mission to West Papua.

DON WISEMAN: There is not commitment to actually do anything, is there?

JC: No, it just seems to be a general.. we are concerned about the human rights situation. As you say, no commitment. And the only way to show real commitment is actually continue to ask Jakarta for a fact-finding mission. And that would be a definite commitment to go there and actually listen to the West Papuan people, what they are actually asking for. Because it's pointless to hear our governments continuing to say Indonesia's now a democracy. Well, West papuans are still marching in the street fifty-three years after Indonesia took over, risking torture, arrests. If everything was so good, why would they be marching in the streets 53 years after the take-over?

DW: It seems remarkable really that given that there is so much support now from a large number of the island countries on the West Papua issue that the Forum as a body can relegate the issue in this way. I know John Key and others talked about Indonesia not liking the word "fact-finding", well does that matter?

JC: I think you'd have to say that was probably due to Australia and New Zealand that the whole issue was given just concern about human rights and the fact-finding mission was dropped from the agenda. Certainly Australia will support Indonesia and, as we all know, Indonesian sovereignty over West Papua. And I'm not sure why they seem to be totally afraid of raising the issue of West Papua at the Pacific Islands Forum or any commitment to the West Papuan people. There's no doubt there's a huge groundswell of support from the people, civil society organisations and church groups in support of West Papua. And for all the talk about being inclusive and listening to the people, the fact that it's not really on the agenda would indicate that the leaders are not really listening to the people. but I presume it will get better. As I say, slightly encouraging that it was in the communiqué. I was a bit worried that the whole issue may have been dropped again for a whole five or six years. But that itself was slightly encouraging. The MSG (Melanesian Spearhead Group summit) is coming up in October in Port Vila, and hopefully there the ULMWP (United Liberation Movement for West Papua) may actually get full membership. But again we also have the new (Pacific) Coalition on West Papua, governments of Vanuatu, Solomon Islands, Tuvalu and others indicating support for the ULMWP, PIANGO, Pacific Islands Association of Non-Government Organisations. So the whole issue is not going away, it's getting bigger and bigger. It's greatly encouraged that groundswell of support in the Pacific, and I think as it continues surely the leaders will realise it's time to start raising the issue seriously at the UN.  Vanuatu and Solomon Islands have raised it at the UN committees before. But I think the groundswell of support may begin to really have an effect and try and get it (West Papua) re-inscribed on the UN Decolonisation Committee (list). That might seem a hard ask but it's possible. It is possible. I think self-determination is back on the agenda in the Pacific. We'll have the (imminent) referendum in Kanaky New Caledonia, Bougainville... French Polynesia's back on the Decolonisation Committee. I mean I think self-determination in the Pacific is back on the agenda as an issue.