Samoa's police chief Fuiavailili Egon Keil has been in court today seeking to quash criminal charges against him.

This comes after his defence counsel, Komisi Koria, raised concerns about the lack of information given to the defence.

I spoke with our correspondent in Samoa Autagavaia Tipi Autagavaia about the case and began by asking him to recap on the charges that Mr Keil is facing. 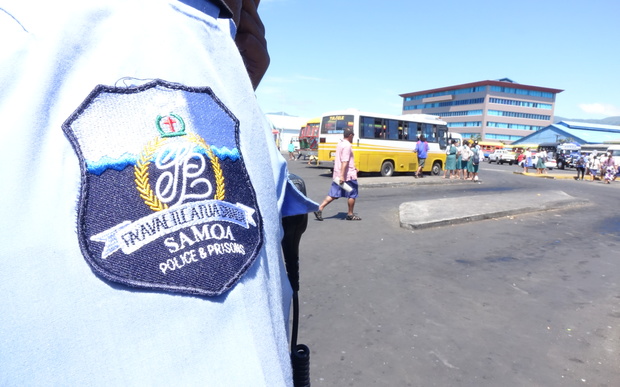 AUTAGAVAIA TIPI AUTAGAVAIA: So there has been four criminal charges, one of perjury, one of disorderly conduct, one of false statements and one of unlawful detention. Those charges are still standing but at the second mention of the Police Commissioner's charges today the defence is supposed to enter a plea however the defence counsel was telling the court that his client was not able to enter a plea because of the poorly condition of the trial document given to him by the national prosecution. He was asking that the defence doesn't really understand where the prosecution came up with these criminal charges against the Police Commissioner. The judge has agreed for the application to be heard and that application should be filed in a proper way according to the court procedure. And that needs to be filed by this Friday and the board has settled the hearing of this application to quash the charges on Wednesday next week.

DON WISEMAN: And there is a question mark as well raised by the defence that Egon Keil in all of this is listed as second defendant, they want to know who the first defendant?

ATA: Yes that is another arguement that the Colice Commissioner is the second offender, the defence wants to know from the prosecution who is the principal offender? Plus all the documents are not included in the file. And then the prosecution argued that all these matters raised by the defence needs to be raised at the time of the trial of the four criminal charges. So the judge has ruled for this argument by the defence to quash the charges because of the poorly prepared trial file by the prosecution to be heard next Wednesday and then we will see from there whether the court is going to take the side of the defence or have the main trial to be heard in a date which will be set by the court.

DW: In the meantime is Egon Keil continuing in his position as police commissioner?

ATA: Well he is suspended as police commissioner and that was another concern raised by the prosecution. The prosecutor was asking the court if an order could be issued for the Police Commissioner not to interfere with the prosecution witnesses because most are police officers. The presiding judge said it is not a problem for him to issue such an order. So he is still suspended and according to the presiding judge if he is suspended from his job as the police commissioner that means that he is not supposed to get involved in any more running of the ministry of police.

DW: These various charges laid against Egon Keil came at the same time as charges also laid against the Director of Public Prosecutions that is coming to trial as well, isn't it shortly?

ATA: Yes tomorrow the Director of Public Prosecutions will appear in the district court for those traffic offences, only two traffic offences and then we will see tomorrow whether he is going to enter a plea because I understand the Attorney General is requesting for an overseas based lawyer in New Zealand to prosecute the Director of Prosecutions case.

DW: Initially in the media anyway there was some suggestions of a link between these two events is that still in circulation?

ATA: Well it is still in circulation but the Attorney General is also standing in the middle, fighting for justice and fairness on both criminal cases to be prosecuted in court to ensure there is fairness. I understand that there will be another preliminary matter to be heard in this case of the Director of Public Prosecutions in the district court tomorrow.