The Pacific's Commonwealth countries are being promised help to implement global targets set for development.

Women's Affairs Ministers from around the Commonwealth have ended their gathering in Samoa stressing the need to work together on the Sustainable Development Goals set at the UN a year ago.

Sally Round reports from Apia. 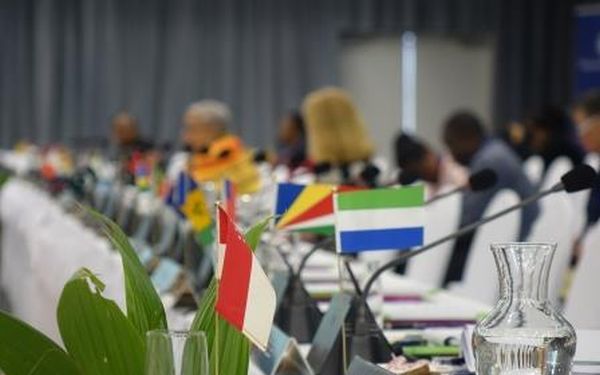 The 11th Women's Affairs Ministers Meeting of the Commonwealth was held over three days in Apia, Samoa in September 2016 Photo: RNZI/Sally Round

The SDGs, as they are known, aim to end poverty, fight inequality and injustice, and tackle climate change by 2030. The Commonwealth Secretary-General, Patricia Scotland, says tool kits, legal templates and innovation hubs will be part of the assistance plan. It's a response, she says, to countries who've been saying they have lots on their plate, with limited staff and funds.

"That's where the collective I think is going to make a real difference going forward because none of our 53 countries have to feel this is a journey they have to undertake on their own and they're all committed to helping each other."

The forceful words and intimate revelations from a young Samoan mother of three brought a major Pacific problem into very sharp focus at a human rights event on the fringes of the gathering. She brought to life harrowing statistics - nearly half of Samoan women have reported some sort of violence by their partner. At the same event Samoa's Ombudsman Maiava Iulai Toma announced a nationwide inquiry into violence.

"We need to do this to address the impact of things on present victims, we need also to address the high tolerance of violence generally in Samoa, in Samoan life, that seems to roll on and on from generation to generation."

The Commonwealth Secretary General Patricia Scotland encouraged countries to learn from each other on how to deal with what she described as "the scourge" of violence against women.

"The way in which it manifests itself in all of our countries is so similar it's almost identical. So wherever we are on that journey it is the same journey."

A Tongan advocate for women and children Ofa Guttenbeil-Likiliki told the main gathering core beliefs need to change if there's to be any drop in the region's high rates of violence against women and girls. She says anti-violence campaigns, the focus on neutral ideas like gender equality and technical solutions have had little impact. She says the focus should be on changing mindsets and behaviour, starting early in the classroom.

"At the end of the day in the Pacific, when that little boy and that little girl goes home, they're walking into a house where the father believes he is superior to the mother and so the school needs to provide that education to challenge that and to get the child thinking at a very early age that they're equal to each other."

Ofa Guttenbeil-Likiliki says if organisations want to make a difference they need to act strategically and think outside the box. There was a call for more data and evidence to get more women into leadership, and empower them economically. Nicole Haley of the Australian National University presented new research that has found scholarships and persistence are paying off in efforts to get more women in the Pacific into senior government jobs.

"One of the really positive things that we uncovered was that in the case of Tonga the gender profile has changed markedly in the past decade. One of the things that had contributed to that was the Public Service Commission actively awarding a disproportionate number of scholarships to women."