The United States Government has approved over $US700,000 to target one of three tuberculosis "hot spots" in the U.S.-affiliated areas of the Pacific.

Marshalls' health officials and representatives of the U.S. Centers for Disease Control hope that through a major screening effort they can dramatically reduce the problem on populous Ebeye Island.

Our correspondent Giff Johnson told Don Wiseman about the extent of TB in the Marshalls. 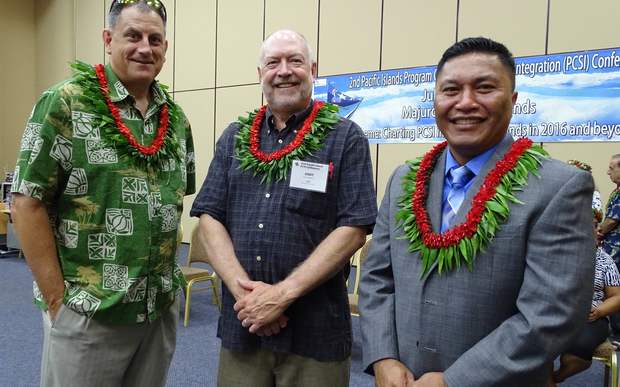 GIFF JOHNSON: The health people in the Marshalls have been very active in treating it, but it has just been a kind of overwhelming situation that has gone on for many years. And, n fact, speaking with Centers for Disease Control doctors about it,, they say that over the last few years the problems have been reduced but still it is such a significant problem in terms of prevalency rate, and the fact that you have got a lot of back and forth of people to outer islands, which are very remote and difficult to get to, into Majuro or Ebeye, the two urban centres, and then just people moving around, not taking medicine - I mean there are just lots of complications to getting it solved and really getting a handle on the problem.

DON WISEMAN: Is it mostly prevalent in the highly populated areas?

GJ: It tends to be worse in Majuro and Ebeye and this is what the health people are saying, particularly because people live in large families, small houses, so there isn't as much air circulation whereas I think on outer islands people tend to be out doors more, houses are probably better ventilated, so it maybe just easier to transmit living in the urban centres, but Ebeye and Majuro are two of the so-called 'hotspots' for TB that the Centers for Disease Control has identified in the US affiliated island area. The other one being in Chuuk in the Federated States of Micronesia.

DW; Over what period of time is this allocated?

GJ: The idea of the programme is to do a relatively fast screening of essentially the entire population of Ebeye Island, and this is about 12,000 people. They are looking at doing it in a six week period and part of the reason for the funding is that they need supplies on hand to treat, because obviously when you do a screening of that magnitude you are going to come up with lots of new cases, no doubt, that need treatment. So the idea is to just have everything on hand, screen people and immediately start treatment for anybody who's identified TB positive. I think they are also adding in some other things that they can do while they are doing this mass screening. My understanding is that they are looking at including leprosy screening and maybe some other preventive health things. They are making such a big effort but the hope is that they can bring down the rate by as much as 30 percent, and they are quite clear this is not going to get rid of TB in the Marshall Islands but it could be an important step to getting there.