The Samoa Rugby Union hopes to have a new sevens coach in place by the start of October, following the dismissal of Damian McGrath.

The Manu finished ninth during last season's World Series and were beaten by Spain in the final of the Olympic qualifying tournament in Monaco.

CEO Faleomavaega Vincent Fepuleai told Vinnie Wylie that, while Samoa were just seconds away from reaching Rio, the simple fact is they didn't qualify. 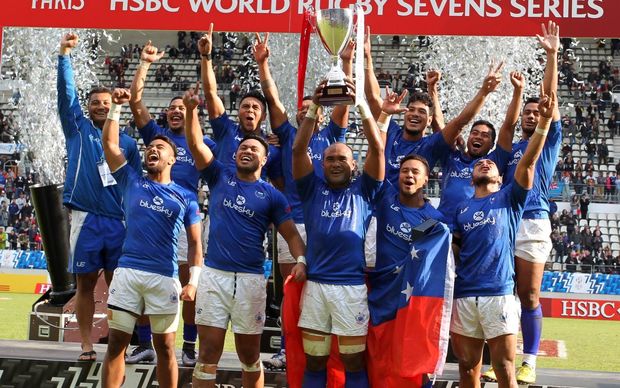 FALEOMAVAEGA VINCENT FEPULEAI: After the Monaco Sevens Damian's contract was up for review, his performance was up for review. We went through that process since end of June and that report was submitted into the Board to make a decision.

VINNIE WYLIE: Is the whole season a failure, the one that went?

FVF: It's hard to say, I'm not prepared to comment on how the Board came about that decision. At the end of the day it was about the scoreboard - really our failure to make it to the Olympics probably swayed the board in the end.

VW: Because that final match against Spain, that obviously the winner qualified for the Olympic Games, that was literally 30 seconds away from the Manu making it?

FVF: Well you can put it that way, in that sense, but still we never made it.

VW: Based on the last season in the World Series Samoa came in ninth place, obviously winning in Paris being the highlight. Did you see progress in the team?

FVF: Yes, there's a lot of progress. I think our Board saw it differently in terms of the overall performance of the team. We've had some mixed results over the last 12 months - there's some good stuff going on, some good new players coming through - but at the end of the day it was all about the crucial result that the whole country wanted in the end.

VW: There's a new World Sevens Series starting in a few months time in Dubai - some of the local players had already begun pre-season training  - so how does this process affect that? Obviously you're going to need to get someone in pretty quickly?

FVF: We need to go through that process pretty quickly. We're hoping to have somebody hopefully in place by the first week of October or so but preparation and training is
still going as normal at the High Performance Unit.

VW: In the press release you mention that the current coaching staff, being Damian McGrath and his management staff, are welcome to reapply for their jobs but when you sack somebody, realistically, they know they're not wanted so you wouldn't expect that to happen would you?

FVF: No, I don't think so in terms of that. That was actually put in there in terms that we do have a manager's role and an assistant coach's role so it's up to the panel who is to be shortlisted and I suspect that would never happen.

VW: He obviously was appointed from offshore. In the past you had gone for local candidates. Does that suggest that perhaps that might be the way forward to go for another local or Samoan coach?

FVF: No, we're opening up the position like we did recently so it's going overseas and locally.

VW: Post OIympics we're going to now have a full four-year cycle leading up to the Tokyo Games so the sevens game is going to get all the more bigger and pressure-filled?

FVF: Yes, it's going to be very competitive - we realise that - and we are working towards making sure that we've learned from the lessons and try and move forward as best as we could.