Calls for a memorial to Bougainville's missing

Following this year's International Day of the Disappeared in Bougainville, there are calls from families of The Missing for a permanent memorial.

Each year, those missing from the decade-long civil war of the 1990's are remembered on August the 30th.

A spokesperson for families of The Missing says people want more than just marking the day with memories. 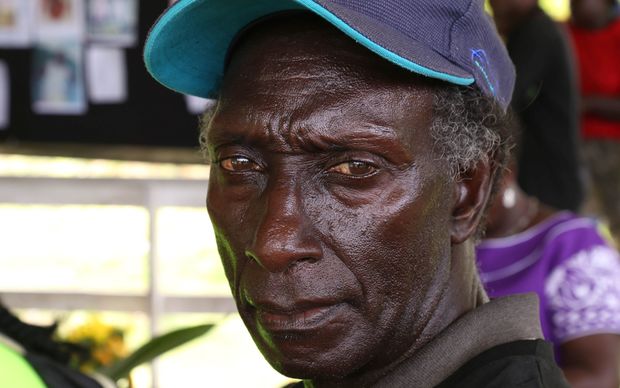 The Bougainville Civil War was the Pacific's bloodiest conflict since the Second World War. As many as twenty thousand people died while Papua New Guinea forces suppressed Bougainville separatists fighting for political and economic self-determination. Today there are many whose fate is still not known but their lives are commemorated around the International Day of the Disappeared. The head of communications for the International Committee of the Red Cross in Papua New Guinea, Dan Waites, says this year is a first.

DAN WAITES: Each part of Bougainville has a slightly different culture, they feel kind of distinct and the families of missing persons in each place want to mark the day and to remember their missing loved ones in their own way. So recently, families in Buin came together, and they've decided to mark the day for the first time this year."

This year saw each of the three zones in Bougainville commemorating separately over three days. It began in the central town of Arawa with a traditional Haus Krai, Buka in the north followed, then the southern town of Buin for the first time. At Loloho Beach in Arawa, there was a service to remember those thrown into the sea and whose bodies will never be recovered, a symbolic burial. The president of the Families of Missing Persons in the north wants to see something more than symbolism. Scholastica Miriori wants a formal acknowledgement of the existence of mass graves.

SCHOLASTICA MIRIORI: I wish that they can come together, those two governments Papua New Guinea and the Autonomous Region of Bougainville government, so that something could be done. Maybe a monument could be erected and then a list of names or maybe something to represent those that are in the mass graves.

Mrs Miriori's comments are echoed by the Families of Missing Persons' founder who says people are questioning how long they can keep marking the day without anything tangible to remember them by. Peter Garuai, says the ABG needs to recognise the substantial loss.

PETER GARUAI: How long are we going to celebrate these things? The government should assist. The families of the missing need something that is tangible. They died for a service. And the government and the people who are issuing these things, they should do something tangible for The Missing's families... a memorial or even sustainability.

Along with a monument, Mr Garuai says families are calling out for skills-based-training to help sustain them, particularly the widows. But the chairperson of the consultative committee set up to help establish the fates of missing persons, Josephine Kauono, says this year's focus is to implement policy outlined last year by the ABG.

JOSEPHINE KAUONO: The Consultative Committee, preparing our people, including families of the missing persons, so that everybody can be prepared for the referendum.

The referendum for independence from PNG is slated for June 2019.