The buildings surrounding two classrooms at Tereora College in the Cook Islands have re-opened after a suspicious fire.

The fire was made more dangerous by levels of asbestos found in the walls and extensive air tests were carried out before the school was deemed safe again.

If inhaled, asbestos can lead to an aggressive cancer, and with many buildings in the Cook Islands containing the chemical, the recent fire has escalated fears.

He told Rosie Gordon that asbestos should be banned. 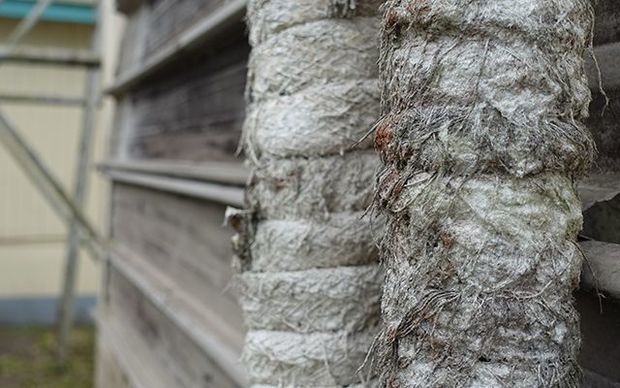 STUART KEER-KEER: Two classrooms were burnt and a third one to a smaller extent so those classrooms were segregated off and not used. The remaining ones are all still in use. So they [the college] went for a period of a couple of weeks running their classes from tents but now they'll be moving back to their classrooms, now they've been given the all clear.

SK-K: The classrooms were extensively cleaned out by some of the locals. Under my direction they wiped and cleaned every last bit of dust they could find and then we did the air test and it was all pretty good.

RG: What caused the fire to be so hazardous?

SK-K: Because some ratbags decided they didn't want the school there anymore. The police suspect arson. If you burn asbestos it explodes. The building has asbestos cladding material so if you burn that the fire process spreads asbestos wherever the smokes goes.

RG: Asbestos isn't actually a health hazard unless it's interfered with in some way, is that correct?

SK-K: Correct. If asbestos is on the cladding of a building and it's not disturbed or burnt, or drilled or cut it's stable for years and years and years. As soon as asbestos becomes airborne that's when it becomes a hazard.

RG: Tereora College isn't the first school to have shown asbestos levels. A couple of years ago a primary school was shut down for having high asbestos levels that could have posed a risk to students. How may other building in the Cook Islands contain asbestos?

SK-K: Lots. Hundreds. Lots and lots of residential and quite a few government buildings but they're slowly removing it. The biggest challenge for them is what to do with it when they've removed it because the island's pretty small and the normal thing is to bury it so they're running out of places to bury it.

RG: Following this recent fire at Tereora College, what do you think needs to address the issue as a whole and prevent these asbestos hazards from happening in the future?

SK-K: Well I think the two things I recommend they do is, number one: they remove the asbestos and it would be nice if the New Zealand Government would help them by accepting it and let them bury it, because we've got more land, we've got more places, we've got mines we could bury it in. And number two is to have a complete ban on importing any asbestos material. Building materials are still made in China and India, containing asbestos, so those could potentially be imported and be used.