Call for PNG police reinforcement in Tari over tribal fighting

There are calls for more police deployments to Papua New Guinea's Hela Province where tribal fighting has flared up in the past week.

Officials in Hela say there's been a spate of tribal fights in the province, centred around the provincial capital, Tari.

This comes after last month's landowner blockade of the major LNG Gas Project in Hela, which was lifted after government promised to pay the landowners outstanding project commitments owed them.

However Hela's current police strength has been described by locals as being inadequate for containing the latest unrest which varying reports say has left several people dead.

Johnny Blades has been following events. 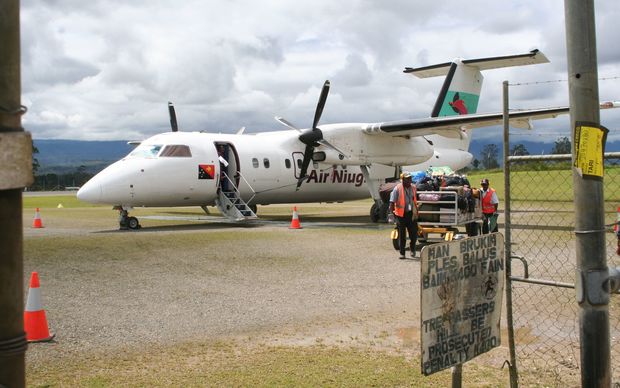 JOHNNY BLADES: It certainly seems to be a recurring theme, and it's flared up in the last couple of weeks. I'm not sure if it's anything to do with the landowner dispute in relation to the big LNG Gas project, but the signs are that there have been two or three inter-tribe disputes in Tari town or the surrounding area. At least three people have been killed, and the police are struggling to contain this violence, and this is getting local administrators a bit worried.

DON WISEMAN: I know in the past what the government has done is it has announced states of emergency for those particular areas. What sort of things are the authorities doing there now?

JB: That's right, there is some history about that. In 2002 they had a total sort of collapse of the government reach out there and a state of emergency was declared around the elections. It sounds a little bit similar in that the police, as it was the case then, just can't contain it. Now the local MP, James Marape, has called for a state of emergency and I understand the Hela provincial administration is keen for the government to look at that. Nothing's been decided yet, but there were also reports that the fighting had spread to Koroba, which isn't too far away from Koroba, but that'll be a worry that this is spreading and that it's also mixed in with landowner issues.

DW: In the past, I think particularly in Tari, when there's been tribal violence, the local infrastructure has fared very badly, hasn't it? What's happened in the town this time around?

JB: Well, earlier this week the reports were that businesses and the bank, the government offices and the airport had all closed. But I understand they are back up and running and there hasn't been too much damage to infrastructure as such. It's just this fighting really between these tribes. Having said that, I've spoken to some local people who say in the last day or so things are calm again - maybe an uneasy calm - but that there's no real threat, they say, to outsiders or tourists who of course go up there for the great adventure tourism. And so with the resumption of flights there are hopes that everything's back to normal.