A search is underway for treasures from Pitcairn Island which have migrated abroad along with Pitcairn's diaspora.

The Norfolk Island museum is undertaking the project to act as a repository for information and to connect Pitcairn Island with the places its people have moved to.

The museum's Janelle Blucher blue-chuh says the museum doesn't keep the items, many of which are prized possessions passed down through families.

She says instead they are documented and photographed and oral histories are being recorded as well. 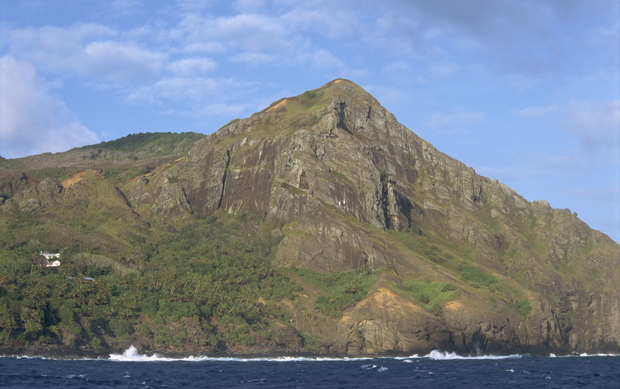 JANELLE BLUCHER: Norfolk Island Museum is acting as the repository for this body of information that is then accessible to the communities of Norfolk Island and New Zealand and Pitcairn Islanders across the world in fact, researchers, that sort of thing.

SALLY ROUND: And what sort of items have you come across?

JB: The majority of the pieces are things that have been given to people as gifts and then handed down throughout the years, throughout families which is a nice connection back to Pitcairn Island. One piece, originally it was a rock, it's called a yollo stone. It's one of the most prized family possessions. The ones here on the island were actually brought to Norfolk Island when the Pitcairners came here to establish their new life on Norfolk Island in 1866 so there's a few of them left on the island and the families hold them. It's basically a food preparation tool. When they packed up and left Pitcairn they knew that they needed this to prepare their food and brought them to Norfolk Island with them and they are still used today to prepare food. Beautiful wooden carvings, the most amazing wooden carvings come out of Pitcairn Island in a really unique style as well, functional items but also decorative items, lots of woven baskets and then also other functional pieces like, one piece I"ve not seen before is a roof thatcher that had come from Pitcairn made of whale bone. It had on it these marks, personalised marks, so it tells the story about whaling, it tells us that they had thatched roofs, it tells us who owned it and when they used it. All that sort of thing, so it's really quite exciting.

SR: Yes, sounds it. Do any of the items relate to those very early days?

JB: Most of the ones we've seen in the past year or so are more, I guess, contemporary.

SR: You say that with the depopulation of Pitcairn and people migrating away, it's important to preserve this material, or document it because it's leaving the island.

JB: Yes that's right and that was the purpose of the project and the values and even was probably I think significant in us obtaining the grant to undertake the project, because of that permanent population of Pitcairn relocating, and I mean on Pitcairn Island now there's less than 50 people and so with all this diaspora population, movement of people, people leave things behind, people lose their connections to their heritage and so it's just one way of encouraging interest and value in our heritage and connecting us here on Norfolk through the people of New Zealand through to the people on Pitcairn Island as well. So it's just encouraging cultural connections and awareness for successive generations.

SR: And does it point to a very distinct culture, these materials?

JB: Yes they do and particularly with the food preparation items, the functional items, even as far as the tapa cloth. It identifies that when they were on Pitcairn Island isolated for all that time, the Polynesian influence, the women were the mothers teaching their children. Back to the isolation, initially they were not found for so many years so of course  they were carrying on with their normal cultural practices, making their tapa cloths and so you can see that there's certainly a distinct Pitcairner culture that was created through, you could say, the historical circumstances of that 18th century establishment by the Polynesian and European forebears, and that 's also continued here on Norfolk Island. It's interesting to see some of the cultures, with the separation of the peoples, have diversified and some of it has stayed the same as well.

SR: If people have artefacts and they don't live on Norfolk Island how will they let you know?

JB: I ask them to take a photograph of their object and email it to me. There's a Norfolk Island Museum Facebook page.

SR: And you're not looking for tourist tat are you? You're looking for stuff that's of historical significance?

JB: Absolutely. It can be a photograph, it can be a letter, it can be a document. All they need to do is take a photograph of it and get in touch with us and we can ask questions about it and just record all the information that we can, or that they know about it.