Pacific countries are aiming to sign off on a proposed free trade agreement with Australia and New Zealand before the end of the year.

Seven years of negotiations on the legal text of the PACER-Plus deal concluded on Friday last week in Christchurch, New Zealand.

Chaired by New Zealand, the special trade minister's meeting also saw a commitment to wrap up the remaining market access negotiations by the end of October and sign off on the agreement before the end of the year.

New Zealand's trade minister Todd McClay is extremely pleased with the progress being made.

He spoke with Koroi Hawkins immediately after the minister's meeting in Christchurch. 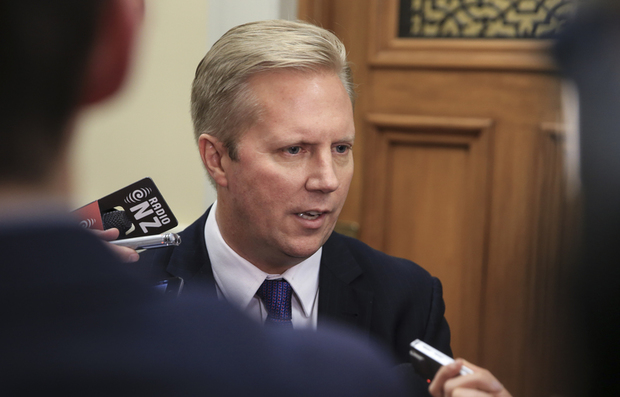 TODD MCCLAY: From here we will send information to our leaders to show them that progress has been made and the chapters are closed, we now also need to conclude the market access negotiations and ministers have agreed we should do this by the end of October and we have set a target of signing PACER-plus before the end of this year.

KOROI HAWKINS: The seven million and eight million from Australia and New Zealand, what's that for?

TM: Well so Australia and New Zealand were able to announce today almost eight million AUD  to assist Pacific island nations between signature and entry into force of the agreement this is to help them make changes to where they need to, to their customs procedures, there will be a number of other administrative things they need to do to make sure that when the agreement enters into force it can take proper effect and that demonstrates our ongoing commitment to the relationship Australia New Zealand has with Pacific island nations. It also underlines the development component of this agreement this is not just a trade agreement that's good for Pacific island countries it's a development agreement that will deliver significantly for the citizens of Pacific Island nations.

KH: Just a quick confirmation on those figures?

TM: 7.7 million AUD that will be spent between signature and the entry into force of the PACER-Plus agreement.

KH: What does Australia or what does New Zealand get out of this?

TM: We have no closer relationship with any group of countries than we do with the Pacific island nations so we've done a deal that balances development and trade with our friends and neighbours that helps their economies grow. My view is that when Pacific island economies are strong and their people are doing well that's good for New Zealand and that's good for Australia. That's why our approach has been as much about development than it has been trade, but we've also ensured that not only do the Pacific island nations have the best access of any countries in the world to both Australia and New Zealand for their goods and in many cases their services,  that New Zealand remains able to provide goods and services and increase investment from the private sector into the private sector of Pacific countries. We think this is the very best way to help these economies grow and when economies grow and they trade more with each other, jobs are created and people earn higher levels of income, that's a significant achievement through PACER-Plus this week and every single minister around the table has seen that this is an agreement that is good for Pacific island people.