PNG universities look to move on from disruptions

There's a tone of reconciliation in Papua New Guinea as the academic year resumes after disruptions at the country's three main universities.

The boycotts went for over a month before descending into unrest at all three campuses.

Academic schedules were suspended but are now resuming, as Johnny Blades reports. 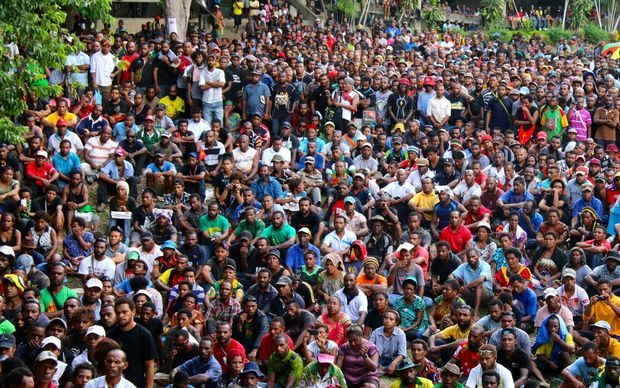 The UPNG's academic year was all but written off in June when police opened fire on students at the Waigani campus as they sought to march to parliament. However, the UPNG has decided to start classes up again next week under a re-worked schedule, trying to fit both 2016 and 2017 academic years in by November next year. A member of the Student Representative Council Gerald Tulu Manu-Peni says students are hoping the decision to squeeze academic courses into a reduced time frame won't compromise their studies

"The majority of the students are very happy to return to class, yes. But there's just a bit of doubt on the integrity of the academic programmes that we would go and complete in the following months at the university. How will those study programmes be on par with international standards that are practised all around the world. We don't want to be seen as half-baked graduates."

The Minister of Higher Education, Francis Marus, says he's asked the UPNG council about the quality of the study under the revised schedule.

Following the events around the class boycotts, Mr Marus admits there's an element of uncertainty as classes resume, but feels the momentum is towards moving on.

While the minister mentioned a Melanesian reconciliation model involving all stakeholders, Unitech's vice-chancellor Albert Schram said there was no clear problem between his administration and the students that would need a reconciliation. He says it is up the students whether they want to reconcile within themselves - he says the council wants to focus on the majority of students who are eager to finish their studies.

"The council felt we should not hold the academic year hostage to such a small group of students. So our council decided that we should focus on the majority of the students. but yeah of course there are fears and anxiety and apprehension among the staff and the management, But at those times, it's important to show a little bit of courage and focus on the mission that we are supposed to be doing here."