An ongoing tourism research exercise in the Cook Islands shows the need for the country to move from attracting greater numbers to having people stay longer and spend more.

Tourism has been booming for the Cooks in recent years but studies by the Auckland University of Technology's Tourism Research Institute point to the need for change.

The institute's Simon Milne told Don Wiseman their research is an attempt to build a decision support system to help the Cook Islands tourism industry in its planning. 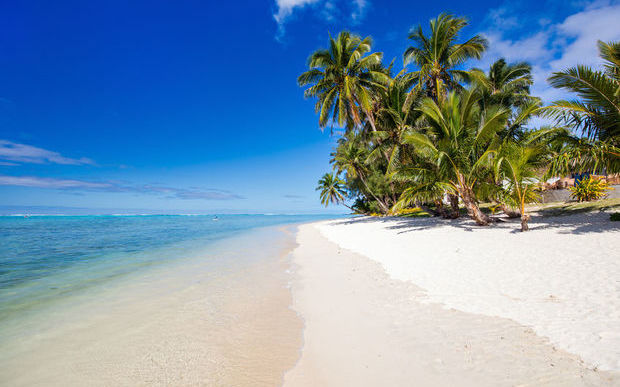 SIMON MILNE: At its heart is an international visitor survey which we have been running since the middle of 2012, and that's an ongoing survey. So in many respects it's a barometer about how visitors feel about the Cooks and the kind of impacts they bring with them. Earlier this year we've also commenced an ongoing business survey in the Cook Islands - a business confidence index - which is designed to run every six months and give us a supply-side perspective on the tourism industry and some of the challenges that it faces along some of the things like environmental concerns or labour market issues. The third thing that we have planned for the coming year will actually be a community barometer, or survey, and that will also be designed to help us understand, if you like, the community perspective on tourism and how it's developing over time. So we've tried to step away from these approaches of one-off occasional surveys which are conducted - which are very interesting, but sit in isolation. We've tried to develop a model which will actually allow us to have a barometer of change over time. That model - which I think we can call the Cook Islands model - has now been picked up in other parts of the Pacific. So the World Bank is funding the same model in Vanuatu, the United States Department of Interior has been funding the same work with the Yap Visitors Bureau in Yap, Federated States of Micronesia, and we're also now being funded by the World Bank to start the same work in Sri Lanka. So as a model, what's being done in the Cook Islands has really led to people sitting up and taking notice and trying to better understand their own tourism industries as well.

DON WISEMAN: Still some significant work to do, but you have information at this point?

SM: Well we have four years of data from visitors about their perceptions of the industry and their impacts and a big focus for us in using this approach is to gather better data upon which to plan the industry. If you have an industry where, really, the only reliable data is visitor arrivals, then you tend to plan around visitor arrivals and when you talk about growth you talk about bringing in more visitors, and the Cook Islands have had a very successful few years in bringing in more visitors. The issue is, however, that that doesn't really tell us about the impacts that those people bring and perhaps it's more effective to understand visitor yields; so how much does each visitor spend? How much income and jobs do they create? And if we can gather that data and understand how that evolves over time then we can start to change the focus of planning and strategy away from visitor numbers towards the kinds of impacts and benefits that visitors bring, and it allows us to target perhaps higher yields as it is, or look for ways to maximise local spend and linkage from visitors. So it's all about trying to create a more sustainable industry moving forward.

DW: I guess the critical things are where the Cooks is not doing as well as it should. Where are they?

SM: Well the Cooks has actually been doing pretty well over this four year period and we can see that consistently over the four years that we've been running this survey; 92 percent of visitors say that they would return, nearly 98 percent say that they would recommend the Cook Islands to others. On the other side of the coin we do see some consistent challenges: Approximately 10-15 percent of visitors will highlight environmental degradation - rubbish on the beaches, algal blooms in the lagoon - as being an issue that they found least appealing about their visit to the Cook Islands. So through this survey we can actually understand not just the positives or what people like about the Cooks, but also some of the things that they're less satisfied with and that can become a very powerful tool to help us understand, again, the broader sustainable performance or environmental performance of the industry as we move forward. It's a critical tool through which we can measure the impact of government policy so, again, around 8-10 percent of visitors will often make complaints about stray dogs. Government has been trying to put in policies to deal with that and we can hopefully, over time, see an impact on visitor perceptions of that.

DW: And as you say, the Cooks has had several very good years. Would you anticipate that would continue?

SM: Well I think we're reaching a very interesting point in the Cooks. They've crested, at the moment, above 130,000 visitors a year and certainly things are looking very positive in terms of future growth. Some of that growth may well have been driven by other industries in the Pacific having a challenging time. I think in the longer term, what our survey really highlights is that for the Cook Islands, moving forward, they can't just focus on continuing to grow numbers rapidly, they need to actually look carefully at generating more yield per visitor and also to think carefully about how, perhaps, more visitors can be encouraged to spend some time in the outer islands - especially Mangaia, Atiu and to a lesser extent Aitutaki. There are great opportunities for visitors to have some different kinds of experiences by getting out of the Rarotonga context and that can also help manage some of the - spread, if you like - some of the impacts of visitors. What our survey shows very clearly is that visitors that tend to go to the outer islands tend to be longer-stay, higher yield, often longer-haul visitors from places like Europe and North America, and they play an important role, also, in spreading the flow of visitors across seasons, rather than having them all concentrated in just the high season period. So again, the data generated from the survey can help Cook Islands marketing and product development to target the right kinds of visitor mix to bring about the most sustainable development outcomes.