There are some places in the world where being transgender wouldn't raise an eyebrow, a nicely plucked eyebrow.

Sani Muliaumaseali'i is at home in that place having written, directed and starred in a play about it.

Sinalei is the fa'afafine ingenue who is trying to make it in London's West End with her two contemporaries.

Dominic Godfrey spoke to Sani about Sinalei and the Kava Girls. 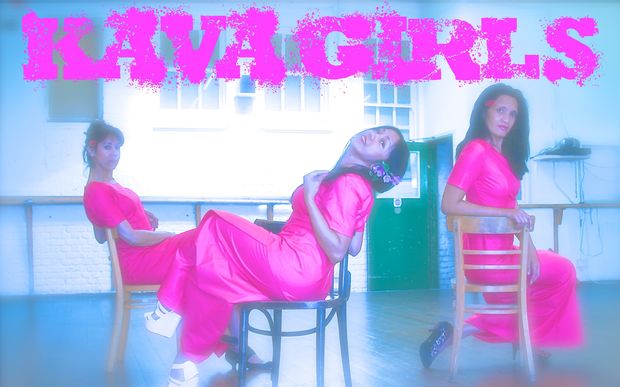 SANI MULIAUMASEALI'I:  It's a play with songs.  I wrote it in 2014 and it's a story about Sinalei who is a fa'afafine or a transgender from Samoa who comes to London to become a star and she ends up as an understudy in the West End with two other understudies Deborah and Selma and it's about her journey to London but also about transgender violence and issues of competition and friendships and rivalries and some really amazing tunes as well.

DOMINIC GODFREY: Is there an element of autobiography in there?

SM:  Dominic, one can never escape that when one writes stuff so of course there is.  She's Samoan, I'm Samoan.  I came to London to do a musical career so there are lots of different aspects that are similar to my own life, so yes.

DG:  You say there's songs in Kava Girls, is it a musical?

SM:  Well I call it a play with songs.  I think, as a Samoan New Zealander and also an arts collector, we like to call it our own shapes, so the shape that I have made this piece in is a play with songs as opposed to a musical. That way we can ascertain how the content is brought it.

DG:  This is based around the character Sinalei, she's a fa'afafine, of course in Samoa that's a very accepted part of life.  For many families, that is intrinsic in our culture, how does that go down in the culture of the UK?  Of course they have their own transgender community, how does that fa'afafine community fit within that?

SM:  I think with the fa'afafine, it's a category of its own and it is more widely accepted in Samoa and most Samoan communities in New Zealand and the diaspora all over the world.  So here it is different because a Samoan fa'afafine, it's changing but it's an assist gender male who lives as a female or lives in a manner of a woman.  Whether it's accepted here, I am not sure it is the right way of looking at it but there is a home or a stable where the category of fa'afafine belongs in the UK.  It's different because it is not the same as transgender but it is similar and it is changing because of the way that fa'afafine now have access to surgery and it's also because of colonisation, the way things develop in terms of culture.  It's different but it's similar.  That is the best way I can put it.

SM:  Transgender violence is bigger than people, it's kind of like a dirty secret that these things go on and because there is some prejudice, quite frankly, a lot of people don't care.  In Samoa the fa'afafine is generally more accepted so there is less of that, I am probably sticking my neck out here, there is definitely more acceptance.  Although recently there was a case where a fa'afafine allegedly hanged herself and then her picture was all over the newspapers and then there was some further investigation that it may not have been a suicide so in that respect that was a seachange.  The transgender violence here, all over the world actually besides Samoa, has been quite, not prolific, but there is more of that goes on that we know about and our play covers that.

Kava Girls, the 'play with songs', is due to tour the Pacific from September 2017.