A boost in visitor arrivals in the Cook Islands is threatening to stretch the country's accommodation facilities, with the industry pinning its hopes on the sale of a dawdling investment at Vai'maanga.

This year visitor arrivals were up 19 percent from last year for the period of January to June.

The Cook Islands Tourism Corporation says Jetstar flights and increased interest from outside the region explain the rise in numbers.

The New Zealand-based Mirage Group has held a lease on the site for five years, with the aim of developing a 5-star hotel, but now the group says it's selling the project through Bayleys South Pacific.

It had earlier been developed by an Italian investor in the 1990s as a Sheraton Hotel but the project failed with allegations of mafia-related corruption.

The Cook Islands Government has committed to providing the infrastructure if the site can be developed, such as a road diversion.

The tourism corporation CEO Halatoa Fua told Alex Perrottet the government has learnt its lesson and its hoping a new investor will take up the challenge. 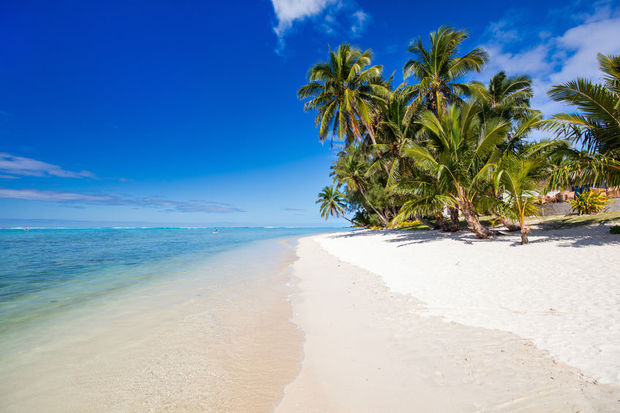 HALATAOA FUA: That site at Vai'maanga is one of the, probably the last remaining sites in Rarotonga that we can develop into a good resort that can raise a flagship for the Cook Islands especially in the Northern Hemisphere markets. And from the latest developments we understand that the Cook Islands government have reapproved the redirecting of the road around the property. Removing the road around the beach front to allow absolute beach front access for the property. So at this stage it is between Mirage and the landowners to finalise those terms. I understand Mirage have had the lease for over five years now. So that is back onto the negotiation table.

ALEX PERROTTET: Is there a bit of a timeline that the Tourism organisation is giving them to say look we need this fairly soon. You know have you got a bit of a deadline to come up with a proposal?

HF: Yeah at this stage it is obviously a private agreement between the landowner and the leasee. The only role the government can play in this is to reassure them that government will be able to provide the environmental assessment of redirecting the road and also any environmental assessment on the existing property whether it is to be demolished or to be reconstructed. And so we the will from government is their to support them in this new development. So I guess it is a private matter now between the landlords, the landowner and the leasee to finalise the negotiations.

AP: And this project has failed before, how confident is the corporation that the problems that caused that are no longer there?

HF: I guess what we can, what has changed now is that the government has, is more robust in its analysis in terms of what it can invest and what it can't invest. So what we are providing is the environmental resources to make it happen. Whereas 20 years ago government invested funds directly into the project which is something that we will refrain from this time. So I think there is that approach that we have learned from in the past and that won't happen again.