There are more signs of community concern about casino developments in the Commonwealth of the Northern Marianas. Since casino operations on the CNMI's main island Saipan were legalised two years ago, the territory is an increasingly attractive gambling hub.

There are more signs of community concern about casino developments in the Commonwealth of the Northern Marianas. 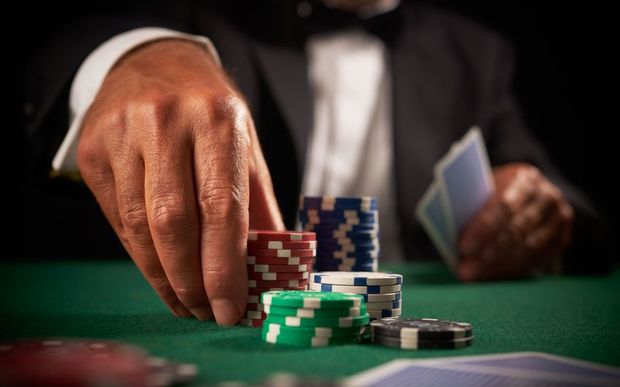 Since casino operations on the CNMI's main island Saipan were legalised two years ago, the territory has become an increasingly attractive gambling hub.

But while local communities welcome tourism growth, they also seek caution over the developments on Saipan and elsewhere in the territory.

Best Sunshine International Limited is developing a $US 550 million casino resort on Saipan. The subsidiary of Hong Kong-listed Imperial Pacific International Holdings plans to build a massive resort complex with almost 400 rooms in a hotel tower plus luxury villas and a casino facility. A concerned Marianas citizen, Leila Staffler, feels this casino development has been rushed through without enough input from the local community.

LEILA STAFFLER: "Have they even thought about the infrastructure that's needed to maintain something like that, just the sewer alone for that structure, the power generation, the trash that will be coming from that? Like that's the kind of sustainability that I worry about."

While it is building its new resort in the CNMI, Best Sunshine has been operating a temporary casino in a duty-free mall on Saipan. Marianas correspondent Mark Rabago says the developer has been making a killing with high rollers from Asia.

MARK RABAGO: "Rolling chip volumes, which accounts for all the chips that are bought for players to do transactions in the casino hit approximately 1.7 billion (US dollars), and that's a big "B", for July. And for the past seven months, I think they topped 15 billion, so it's been quite busy and it's really good business for not only Best Sunshine but Saipan in general and the CNMI tourism industry."

Meanwhile, the Macau-based Alter City Group recently held a groundbreaking ceremony for its US$1.2-billion casino resort development on the CNMI island of Tinian. Construction is expected to get underway by the year's end, and will fill the gap left by the collapsed Dynasty casino resort which lost its licence this year. However, while the development is seen as a boon for tourism, the mayor of Tinian is worried that proposed United States military live-fire training on their island would take a toll on the tourism sector. Joey San Nicolas says concerns about the environmental impact of the military plans have already been raised by developers.

JOEY SAN NICOLAS: "I know of at least one of the developers submitting their comments in opposition to the plan, but I think any developer that wants to come here wants to make sure that we don't have anything that would really have a negative impact on our environment."

Leila Staffler says the developments are moving too fast.

LEILA STAFFLER: "I'm not trying to stop anything. I just feel like, ok, now that it's here, we have to manage it appropriately. So we should tax it appropriately, we should make sure that we have the infrastructure and also the social structure to help mitigate the negative factors of these kinds of developments like addiction and things like that."

She says there is a need for the CNMI to slow down a little on these developments and make decisions in the best long-term interests of local people.