Visitor numbers rebounded slightly in 2014 from 2013, to over 27-thousand following a steady decline from the 30-thousand visitors in 2009.

But a strategic tourism plan seeks to make more of the territory's tourism assets. 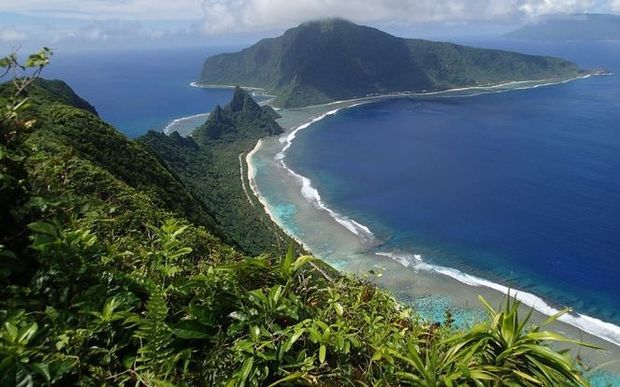 In 2010 the newly created American Samoa Visitors Bureau delivered the American Samoa Tourism Masterplan as the industry roadmap. The bureau's chief executive David Vaeafe says at the time there was a very small inventory of tourism products.

DAVID VAEFE: "We only had 200 hotel rooms, 180 rental cars and six tour operators. Room occupancy seven years ago was averaging about about 30 percent right across the board all year round."

He says investment in the training of property owners and tour operators has helped raise occupancy rates to the current 70 percent. From the Tourism Masterplan has emerged a plan to the redevelop the historic Rainmaker Hotel site at the mouth of Pago Pago harbour. According to David Vaeafe, last month's acceptance of a proposal for a 250 room development by New York based Destination Hotel Partners will more than double the territory's accommodation capacity. But the deal has yet to be fully ratified, and local hotelier Tom Drabble from Sadie's By The Sea has concerns.

TOM DRABBLE: "I understand that the proposal is to invest something like 80 or 90 million dollars and I find it difficult to understand that anybody would do that without having the transportation locked up."

Yet he says the territory has much to offer tourists - including hiking, fishing, diving and various eco-attractions.

TOM DRABBLE: "We're making a very concerted effort to market alongside of Samoa, basically saying that hey we're the same but we're different. We've got a lot to add to the pool I think."

However transportation is local tourism's big hurdle, with current airline services not enough to build an industry on. Mr Vaeafe says current tourist numbers are evenly split between the US, Australia and New Zealand with a smaller number coming from Europe.

DAVID VAEFE: "Bona fides you know that fly in, and when I say fly in, if they're coming from New Zealand and Australia they have to come via Apia then from the US they go via Honolulu."

He says the challenge remains to provide a direct airlink with any of these markets but Hawaiian Airlines is expected to soon offer a more frequent service from Honolulu. There are plans to upgrade both the airport and cruiseliner terminals. Funding is the other big hurdle. The locally generated budget for the Visitors Bureau dropped from US$900-thousand to US$750-thousand in the last two years. Being a US territory, American Samoa doesn't qualify for foreign aid; and US Federal Grant Funding is not guaranteed as tourism is not seen as a priority export industry. But Mr Vaeafe is upbeat.

DAVID VAEFE: "We're very lucky in that our harbour is so deep that we take any size ship docked. There are some ports in the Pacific where they have to tender in boats. We have the luxury of being able to take any size ship docked and also two ships at a time and we've had that in the past a number of times and we've got it coming up in October again. We've got two ships in one day, 6-thousand passengers."

Cruise ship visits have grown from six-a-year seven years ago to 20 visits this year, with passengers taking advantage of tax free shopping and American products available at a fraction of the price of anywhere else in the world, including the US. Other larger attractions for the territory include opening up the Manu'a Island group to the east and a reinstatement of the aerial tramway across Pago Pago Bay to Mt Alava which was once the largest over-water cable car span in the world.