Samoan, Indian, Chinese and Italian toddlers are helping keep the endangered language of the Cook Islands alive at a New Zealand preschool.

Data from the 2013 census shows 62-thousand people identify as being of Cook Island heritage in New Zealand, about four times the population of the Cook Islands.

Out of that number only 13 percent say they can speak the language and UNESCO has listed four Cook Islands Maori dialects as either vulnerable or endangered.

But there are those fighting to preserve the language and as Daniela Maoate-Cox found out, they are starting young.

The tamariki at te Punanga o te reo Kuki Airani in Wellington's suburb of Newtown are experts at schooling newcomers on how to say some phrases in Cook Island Maori.

DANIELA MAOATE-COX:  "How do you say hello?

They're celebrating the wrap up of New Zealand's Cook Island language week with a range of activities such as shredding coconut, singing, flax weaving and mashing bananas. 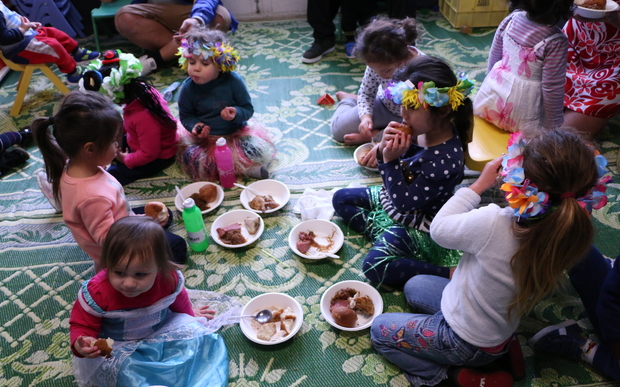 The centre is at full capacity with 28 children from a variety of backgrounds, naturally including Cook Island Maori but also Chinese, Nigerian, and Italian.  Andrea Mari moved to New Zealand from Italy two years ago and says his daughter Silvia is quickly picking up the language.

ANDREA MARI:  "She started to sing the national anthem and some songs and she's performing at home as well so I can't wait to have my parents here and for them to see Silvia, it's so beautiful because in Italy there's not such a mutlicultural culture so it's really really nice."

Kohanga reo or language nests, were established in the early 80s for New Zealand Maori and use an immersion based approach to revitalise language.  Cook Island Maori quickly demanded the same for their children and so the Newtown centre or punanga was established in the garage of its founder, Tepaeru Tereora.

TEPAERU TEREORA:  "We started because of our reo, but now, you know I heard and I've seen it today, all those children, there's Samoan, Indian, and Chinese and I'm sure they're much better than my own Cook Island people, speaking the reo, singing, dancing and all that, I'm so impressed."

The punanga moved from the garage to a local community hall and finally to its Newtown building where it's been for the past thirty years with Tepaeru Tereora's daughter in law, Bridget Kauraka, running it. 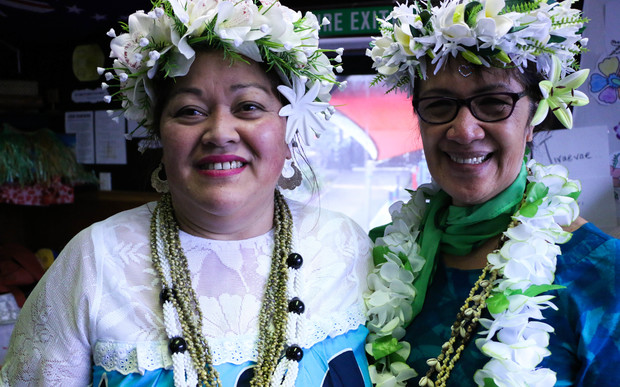 She says starting young is the key to keeping the reo alive.

BRIDGET KAURAKA:  "Language is your identity as a Cook Islander that's the reason why the centre has been established 33 years ago, to teach our children that's actually New Zealand born to learn the language and culture."

But it's not just young Cook Island Maori who are benefiting from the centre's focus on the reo.  George George is a New Zealand born Cook Islander who has been teaching at te punanga for the past four years.

At its peak Tepaeru Tereora says there were nearly 40 punanga for Cook Island Maori in New Zealand.  But now that number is closer to 28 so it's up to this generation to keep it going. 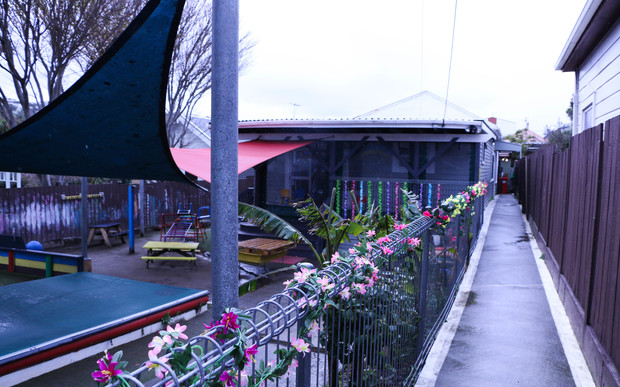 Te Punanga o te reo Kuki Airani was established over 30 years ago starting out in a garage. Photo: RNZ/Daniela Maoate-Cox

The first language week in New Zealand was for the Samoan language in 2007. Now the Ministry for Pacific Peoples supports seven Pacific language weeks every year to help communities maintain and promote heritage languages.