West Papuan demonstrations on the rise

Despite mass arrests by Indonesian police, West Papuans are likely to hold more public mobilisations in support of aspirations for self-determination.

Despite mass arrests by Indonesian police, West Papuans are likely to hold more public mobilisations in support of aspirations for self-determination.

Local media reports say that on Monday as many as 1,700 people were arrested in demonstrations across all of the main Papuan cities.

They were demonstrating support for the United Liberation Movement for West Papua's bid to be a full member of the Melanesian Spearhead Group, as well as the International Parliamentarians for West Papua summit held in London this week.

Journalist Victor Mambor from Papua's Tabloid Jubi newspaper says most of those arrested have been released, and about eight people remain detained in Papua, although it's unclear what charges they may be facing. 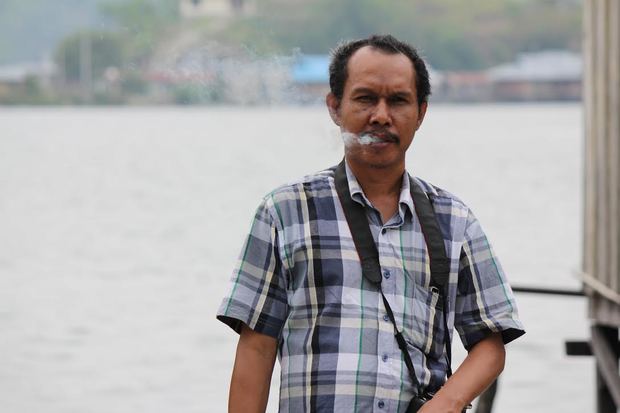 He spoke to Johnny Blades who asked him if authorities have been surprised by the series of recent mass demonstrations.

VICTOR MAMBOR: Indonesian authorities shocked about the demonstrations, because they arrest many people. It's getting bigger, they want the right to self-determination.

VM: As far as I know, these young people are well educated and can do anything to demonstrate. But I spoke to some of their leaders like Victor Yeimo (West Papua National Committee, KNPB) and they said that we already have a problem with the killing: they kill us, they arrest us, they shoot us, so we should fight, now or never, because we will be die every time. So I think the demonstrations will be bigger. They're not afraid. They're planning for a big demonstration for the 15th of this month.

JB: We saw the images of Papuans being rounded up, taken to the Mobile Brigade police headquarters where they were told to take off their clothes and sit in the midday sun. Is this normal procedure by police?

VM: First, I think this is not normal. But because there is a lot of people, many people that got arrested, so they bring them to the Brigade Mobile (BRIMOB) headquarters, because they have a big field there. But, you know, they put them in the field in the bloody sun, like in the middle of the midday. It's very hot. They told them to take all of their tee-shirts (off).

JB: Are we seeing more heavy-handed action by the police and military around these times?

VM: I don't think so. Because yesterday when the demonstrations... of course they made a torture, the police, they torture the people. But it's not like before, because they didn't use weapons, they didn't use violence. They bring them to the headquarters. So maybe they have new instructions to take care West Papuan demonstrations as a pacifist policy. So I think something changed.