More than 40 riders have started a 2,000 kilometre bike ride from the South Island to the North Island of New Zealand. The bike riders, part of the USO family, will also stop along the way to Pacific and Maori communities to deliver key health messages.

More than 40 riders started a 2,000 kilometre length of New Zealand cycle this morning.

The bike riders, part of the USO family, will stop along the way to Pacific and Maori communities to deliver key health messages.

More than 200 family, friends and well-wishers packed the Te Akapuanga hall in Cannons Creek in Porirua to support the riders, and to wish them well in their long journey. 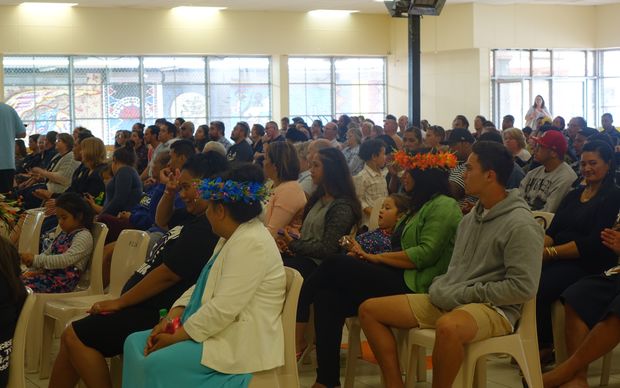 For many of the riders, cancer is one disease that links them all, and they want to share the impact cancer has had on their loved ones.

The cancer statistics for Pacific and Maori people are not great.

Professor Diana Sarfati is a public health physician and cancer epidemiologist who has led a large body of work relating to ethnic disparities in cancer outcomes.

PROFESSOR DIANA SARFATI: There are some cancers which are much higher among Maori, most notably lung, stomach and liver cancers.  Cancer survival is poorer for Maori patients, and the health services have a role in improving that. The story for Pacific people is likely to be similar, but often their numbers are too small to be confident. They have higher rates of some cancers especially lung, liver, stomach, and endometrial cancers. 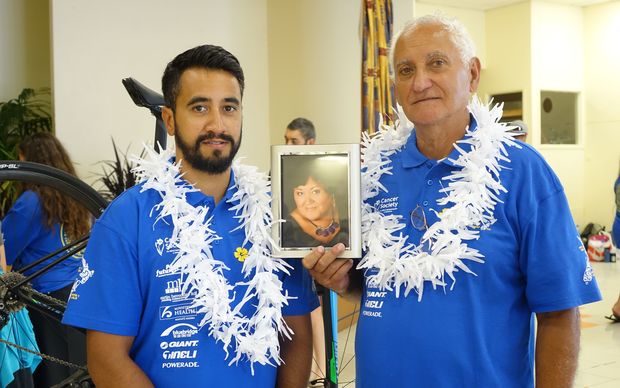 Wiremu Wineera and his father Roy shared how stomach cancer claimed the life of their sister, Mum and uncle.

Wiremu Wineera says family members suspected something was wrong so they then all underwent a test which revealed the stomach cancer gene CDH1 ran in the family.

He says it has been an emotional time for the whole family.

WIREMU WINEERA: Having it through my older sister, back in 1999,  through to now with Mum and that impact has continued through with my sister, and the process she is taking and the preventative measures she's put in place.

Wiremu Wineera was talking about his sister Mary, who had her stomach removed to prevent her from getting stomach cancer.

People should also listen to their body because as they know best when something is not right, according to Roy Wineera.

ROY WINEERA: If there is any little ailment, it's better to get it checked out, once you get those results and what you do with it is up to you, but with the information and the knowledge, you have the ability to hopefully take care of it, and look after ourselves."

Mel Tyrrell lost her Mum, Elma Maua to breast cancer in 2010, and she is dedicating the ride to her Mum.

She says when she found out about the kaupapa for USO, it linked her immediately to her Mum.

MEL TYRRELL: It was the hibiscus, which I have tattooed on my arm, the likes of the turtle, people going their illnesses and symbolises their journey, and also the hammerhead shark, the design there, about one who never gives up, and during Mum's cancer fight, she never showed any signs of pain during her battle, and she fought to the bitter end, and so after reading about their kaupapa, I automatically wanted to be part of this group.

She says being part of USO family has been an important journey for her.

MEL TYRRELL: Since then they have allowed me to keep my Mother memory strong, and alive because I dedicate every kilometre to her, and that's what my journey will be as I lead into the NZ ride." 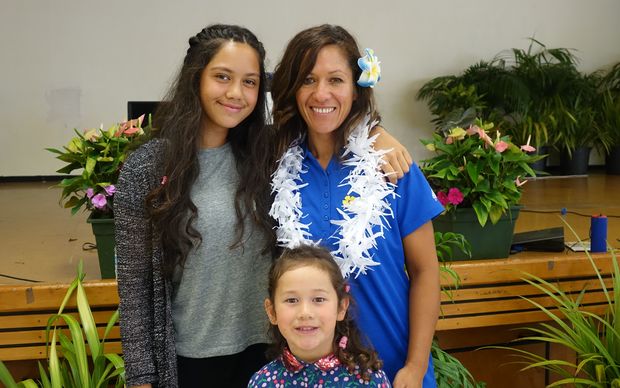 CLAIRE AUSTEN: To many Pacific are presenting too late too sick. So a fantastic message around caring for yourself but also reaching out to Pacific communities."

She  says the way USO are delivering these health messages to Maori and Pacific communities is just inspiring.

CLAIRE AUSTEN: They ride all day, and then they stop in the evening, and then they deliver health messages, meet with communities, and pass on the messages and stories and I think that's absolutely incredible. 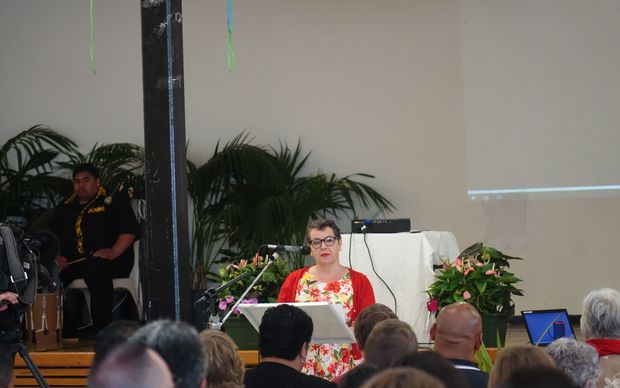 Getting the message out about health to Maori and Pacific communities is so important, and the approach taken by USO is such a wonderful initiative according to Luamanuvao Winnie Laban, a cancer survivor and former Labour MP.

WINNIE LABAN: What I love about it, these are New Zealand born  Pacific and Maori, who've all experienced cancer whether it's through family or friends or themselves.  It's great motivation to encourage our people to be pro-active to not to fear the big c (cancer) but to look after their health but with a sense of family and support and community, which USO encourages and that's what's so exciting.  I mean it started with two and now they've got 1,400, that's great. 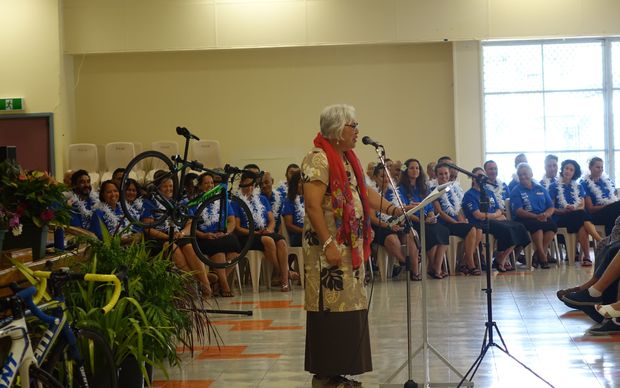 The riders will begin their cycle on February 11. 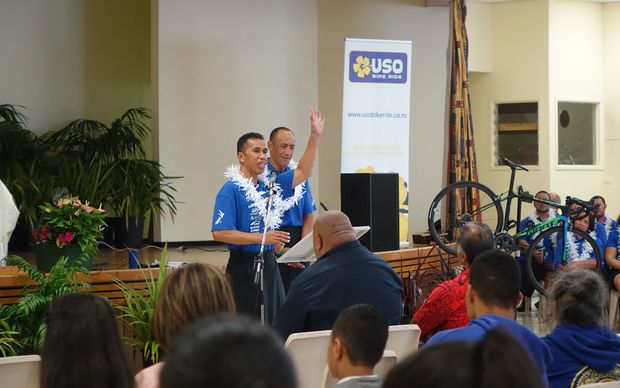 USO are targeting Polynesian-Pacific and Maori families, yet the message applies to everyone.

Along the way the team will share stories, and meet with communities.

Talalelei Taufale, organiser and project leader, says they will be visiting 11 centres during the ride.

TALALELEI TAUFALE: When we cycle from Taupo to Cambridge, we are going to stop at Tokoroa for a church service, right in the middle of the ride, and then we are going to jump on our bikes and ride all the way to Cambridge. So there's something different everywhere."

Chris Te'o, the founder of USO, lost his wife and father to cancer, and says when you are caring for someone going through cancer, you feel helpless.

He says sharing their stories will give an insight about health journeys that many people will know and can relate to.

CHRIS TE'O: So this is a way of actually taking back some of that helplessness that we feel, that utter despair when we loose someone we love.  So it's about using that as a strength to get up and do something.

USO means 'brother' in Samoan, and stands for Understanding, Strengthening and Overcoming. 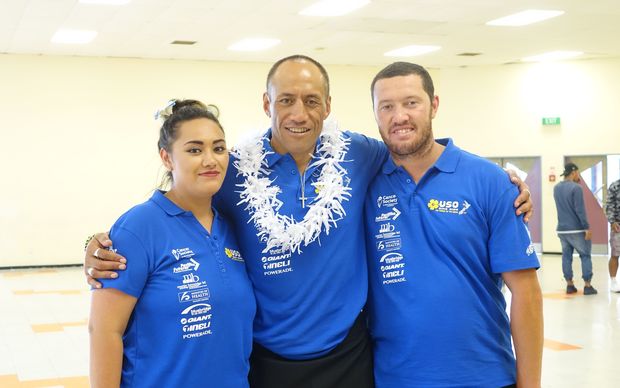