A newly-elected MP for Vanuatu's capital, Port Vila, says he is confident the multi-party bloc he is part of will get the numbers needed to form the next government.

A newly-elected MP for Vanuatu's capital, Port Vila, says he is confident the multi-party bloc he is part of will get the numbers needed to form the next government.

Kenneth Natapei, who is the son of one of the country's founding fathers Edward Natapei, was elected to one of the town's six seats in snap elections on Friday.

His Vanua'aku party has entered into a bloc with several other parties, including the Graon mo Jastis Pati and National Unity Party, to try and gain the majority needed to form a government and make constitutional changes hoped to end years of political instability.

Mr Natapei told Jamie Tahana the bloc needs to win the support of some independent MPs to form a government, but he is confident that will happen and that it will last a full term. 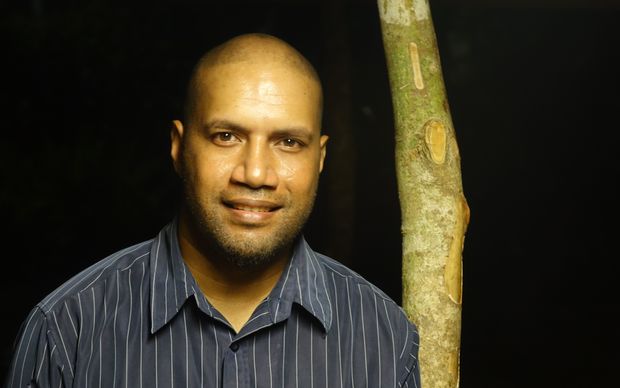 KENNETH NATAPEI: For the last couple of years our leaders have been mostly fighting over power so that caused a lot of instability in the country. But we tried to encourage people to unite so that we can have a more stable government that will run for the full four years.

JAMIE TAHANA: This is actually the second time you have been elected to Port Vila, but you're yet to set foot in parliament because the political crisis recently got in the way of you entering parliament. Was that frustrating for you?

KN: Yes. It was really frustrating. Because a lot of people actually voted at that time. But due to all the chargers that some MPs ended up in prison and the government wasn't really stable so it was really a bad image for Vanuatu as a whole.

JT: A bad image, but there's 14 MPs who were corrupt and in jail now. Was it frustrating at the time but for the better in the end?

KN: It was frustrating but in the end I think after this election we can hopefully get a stable government from all the MPs elected.

JT: Your Vanua'aku party, you have pledged to work as a bloc with Ralph Regenvanu's GJP, the NUP, several other parties. Is that going to stay together and will you keep to your bloc?

KN: Yes. We will keep together. We signed an agreement a few weeks before the campaigns so we are trying to gather all our numbers together and see if we can have a simple majority to run the next government.

JT: Does it look like you're going to have a simple majority or do you have to work with independents?

KN: Yes I think we will need to work with a few independent candidate MPs to form that government.

JT: Have any independents indicated that they will work with you?

KN: At the moment we haven't had any contact with any independent MPs because we are still having unofficial results. So hopefully after the official results come out we can sort that out and get some independent candidates. There are only a few who we are looking to talk with.

JT: And you're seeking an outright majority to avoid more motions of no confidence basically?

KN: Yes. A simple majority is 26 members plus one. I think we have got about 25 or 26 at the moment, so maybe look for a couple more.

JT: There have been blocs before but they have fallen apart mid term and then you start to see motions of no confidence. Will this bloc stay together and what will you do to keep it together?

KN: I think the presidents of all the political parties have signed an agreement to try and hold all the MPs together. For that I think they know more about what they've signed, yeah.