There is frustration in Samoa over the number of prisoners escaping from Tafaigata prison, with the public feeling they're being put at risk. 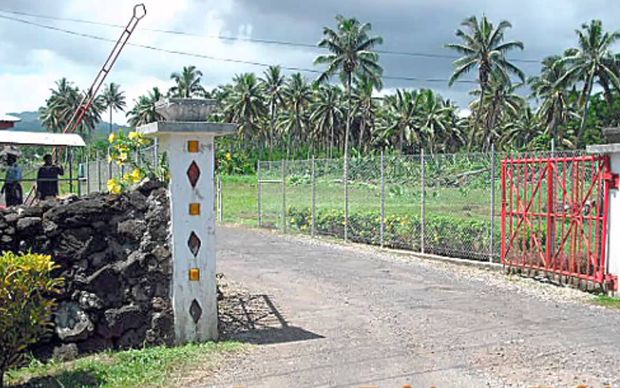 There is frustration in Samoa over the number of prisoners escaping from Tafaigata prison, with the public feeling they're being put at risk.

Last week, on the same day two prisoners were recaptured after being on the run for almost a week, another prisoner escaped.

In August this year there was a mass escape, with ten inmates escaping, another prisoner managed to escape to Australia. One of the escapees recaptured last week, Lauitiiti Tualima, had also been on the run after escaping in April.

He is facing criminal charges related to the rape of an Australian woman a month ago, and is also suspected of assulting a woman worker at the Faleolo International airport tower whilst on the run.

Our correspondent, Autagavaia Tipi Autagavaia, says people do not feel assured of their safety.

AUTAGAVAIA TIPI: Something that I've been trying to find out from the prison authorities - how Lauitiiti Tualima managed to escape just a couple of weeks after he was caught when he was on the run since April. It seems that they ignore calls from the media to tell the reasons behind the whole escape.

LEILANI MOMOISEA: Were the public angered at all by another escape?

AT: Yeah, there was a report in the local paper by the local prominent business woman in town, calling on the government of what they are doing? And this prominent business woman was saying in the story this is not the sign of a good government, this is the sign of a very bad government and the prisoners keep running away from prison and peoples houses are being robbed. With the escape of the two prisoners, there's a lot of frustration from the public, because their safety, not only of their lives, but their properties are at risk.

LM: Right, so this one particular woman quoted in the public, but also you feel the rest of the public, as you see it, a lot of frustration?

AT: Exactly. Especially these recent cases investigated by the police of one woman employee at the Faleolo International airport tower, and also that Australian woman allegedly being raped, and the name of this escaped prisoner, Lauititi Tualima, is allegedly the accused and just imagine if too many prisoners running away from prison and all these prisoners are serving time of murder, rape, indecent assault, and also breaking and entering houses and stealing, the public are not in a safe place.

LM: Has there been any reassurance given to the public from the authorities at all about whether there are going to be improvements put in place? Anything like that?

AT: While since the escape again of Lauititi Tualima on the 28th of November, there was only a public notice asking the public for their help in recapturing Lauititi. But Lauititi was running away together with another prisoner Faigame Vaitoelau, when these two prisoners were recaptured, another prisoner left Tafaigata prison. He ran away. So you just imagine if you look at prisoners running away from jail, and they are captured, and the other lot leaving and running away from prison it shows that the authorities there are not in a very solid way of managing and looking after the inmates at the jail.