The election results in the Marshall Islands have caused a massive upset for the government of president Christopher Loeak, with half his cabinet voted out of their seats. 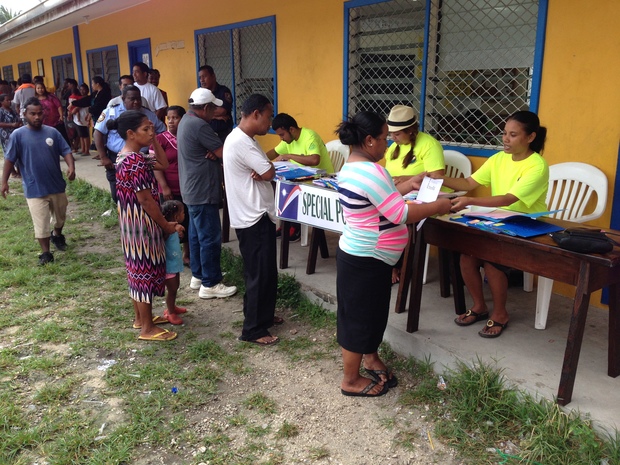 GIFF JOHNSON: The Election Commission on Friday evening issued what they call the final unofficial result which essentially is a final result, but there is a two week period in which candidates can lodge complaints or call for recounts and so on. But essentially the election results are now in. We have all the postal ballots from the United States as well as all the domestic votes. And it has been a big upset for all of the incumbent cabinet ministers and government aligned senators. We have half the cabinet ministers, that's five, are losing their seats including the foreign minister Tony de Brum, and the health minister, Phillip Muller, as well as the speaker and the vice speaker and a couple of other government aligned incumbents. So it's been a significant change and for the first time in the history of constitutional government here since 1979 there will be more than one woman in the parliament. Voters have elected three women. Photo: RNZI GIff Johnson