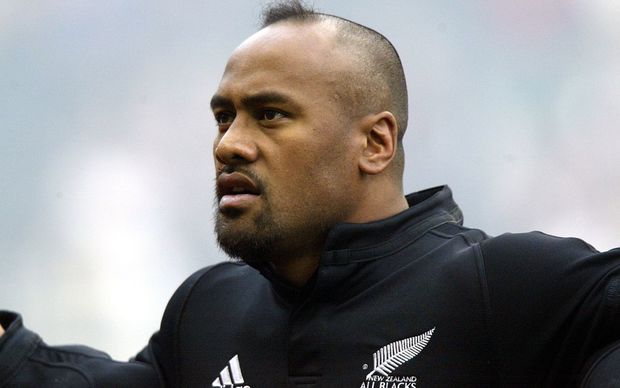 Jonah Lomu at Twickenham, London in 2002, before an All Blacks vs England match. Photo: PHOTOSPORT

The service was held at a Tongan Methodist church in Mangere and was the first public memorial for the former All Black, who died suddenly last week.

Among those who packed the Lotofale'ia church included Pacific cabinet members and community leaders as well as his Mother, Hepi Lomu, and other family members.

Richard Smythe, a teacher at Wesley College where Lomu went to school, managed to get young Lomu accepted in, after his application had been declined three times.

He remembers the impact Jonah had on the school community and the legacy he has left behind.

RICHARD SMYTHE: If you can imagine, 300 - 400 boys, mainly Tongan and Samoan, well they jump around and make a lot of noise. However, when we all heard around lunchtime that Jonah had passed, the entire school was absolutely silent. Everyone was just standing in the quad quite still and taking it in. Because of course, Jonah was our icon. And for every polynesian boy there, he was their idol and their dream and actually, they all thought you know, he's one of us. And so, it really hit us hard.

INDIRA MOALA: I suppose he really set a standard or a model for the other students in terms of achieving your dreams no matter what your background was.

RS: Yes. They all knew that Jonah came from Mangere, the place with no driveways...and that he just came from nowhere and from a tough background. And with commitment and the gifts and talents that God had given him, he was able to make the best of his life in a way that would showcase that all - all Polynesian, all peoples can do.

IM: Did he visit the school much during his career?

RS: Yes. He always popped in. We'd see him once or twice every couple of years. He'd pop in at least once or twice, three times. Never ringing up or telling us he was coming. He'd just arrive. Then all the boys would crowd around him and we'd all shake hands and then I'd get big bear hugs from Jonah...the last time I saw him was last year and he kept calling me 'Sir' which was astounding considering he's a grown man with children. But he had that respect and I certainly acknowledged that. I did say to him, 'well let's go to John Key and see who gets the knighthood first!' 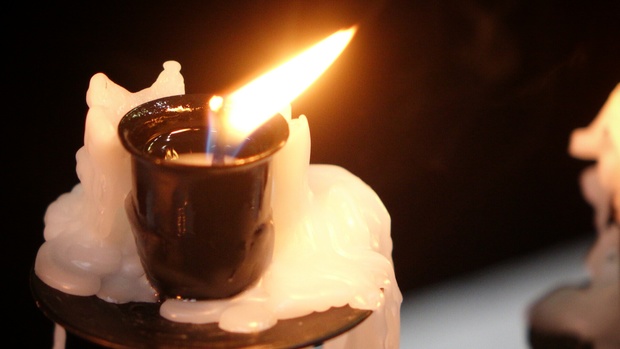 Forty candles were lit at the service, one for every year of Jonah Lomu's life. Photo: RNZ / Kim Baker Wilson