The Fiji cricket coach says he's committed for the long haul after making a resignation U-turn. 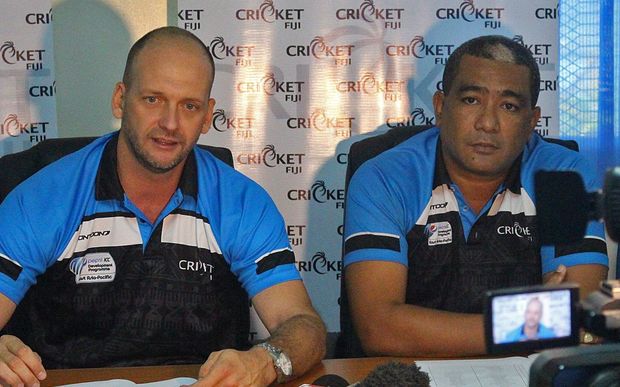 Fiji cricket coach Shane Jurgensen says he's committed to serving out his contract after resigning and then changing his mind.

The former Bangladesh coach was appointed in May last year to a three year term but told Vinnie Wylie he quit last month before a change of heart.

SHANE JURGENSEN: There were personal reasons and also reasons around my job - there's certainly some things that needed to be changed. My resignation was certainly discussed, and I had done it via email, but it wasn't to threaten anything. It was just I felt, for me personally, there needed to be some changes in my life  -and being away from home for such a long time - and also for me to continue in the role I needed some definite things to change around it. I've had some discussions with the chairman and the acting CEO and they're fully supportive of that and for now I'll continue on. I was always continuing at least until the Under 19 World Cup [in January] and then was looking at things after that but I will continue on beyond the Under 19 World Cup.

VINNIE WYLIE: In terms of changes in the role, does the change at the top of Cricket Fiji [with CEO Inoke Lesuma resigning earlier this month] have any influence on that or was that just a coincidence?

SJ: No it was definitely a coinicidence. I had sort of been thinking about what I was going to do for a while so that was certainly in the pipeline. I felt that we'd achieved so much in a period of time [and] next year is a very quiet year for us, in terms of high performance, so I was sort of looking at different options and like I said before there were certainly personal reasons for it as well.

VW: Is the politics in cricket in Fiji a little but more simple than rugby perhaps?

SJ: [laughing] oh yes and no - that's sort of an area I don't usually get involved in. I know that, from Cricket Fiji's perspective, it's a much smaller organisation compared to where I am now in Bangladesh so there's certainly not too much of that stuff going on, as far as I'm aware. All I want to do is make sure that in my role that coaching is the foremost important thing. That's why I'm there - is to coach - and take Cricket Fiji to the next level and I think we've achieved that so far, and the Under 19 World Cup in another opportunity to do that.

VW: That Under 19 World Cup is of course being held in Bangladesh, where you're speaking from right now. You're a former Bangladesh national head coach and now you're over there as part of their domestic T20 competition with Rangpur - is it good to be back?

SJ: Yes it's been great. I've been well received so far, it's been fantastic, and a nice sort of change - just a bit of a break from the Fiji side of things and also it's a blessing in disguise for Fiji because I'm back here assessing everything. The boys are working so hard back home - 10-12 sessions a week. They need as much support as they can and I suppose that's what's been disappointing in what's been going on back in Fiji. The boys are training and if anything they've probably been the losers of what's going on because it's sort of been forgotten if you know what I mean but being here now [in Bangaldesh] I'm in Dhaka for most of the tournament but we actually go down to Chittagong and I'll be staying at the hotel and also we're playing at the ground where we'll be playing at during the Under 19 World Cup. It's a ground that's not very familiar to me, because we usually play at the other main stadium, so I can get a good recon on what's going on here so it's really good for that.