An Indonesia-based documentary-maker is trying to dispel the huge stigma and discrimination which people with HIV/AIDS experience in Indonesia's Papua region. 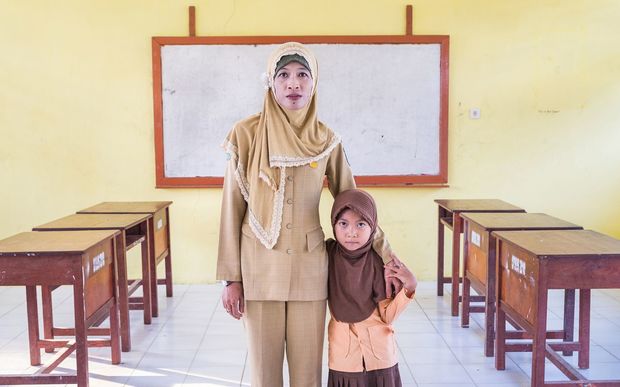 An Indonesia-based documentary-maker is trying to dispel the huge stigma and discrimination which people living with HIV/AIDS experience in Indonesia's Papua region.

The region has a rate of HIV/AIDS which is twenty times the national average.

Andri Tambunan told Sally Round he has has been investigating, traveling and filming in the area since 2009 and has spent months getting to know sufferers in order to tell their stories on film.

SALLY ROUND: Did you find out why this rate was so high in the region, why it's 20 times higher than other parts of Indonesia?

AT: Well first it was the economic inequality. The people of Papua are perhaps the poorest communities in Indonesia. Papuans, you know, they have the highest infant mortality, the highest maternal mortality, the highest illiteracy, so they're already at a disadvantage in the beginning and then you have this disease, and most of that is because of the lack of information. People don't know how to get help, or they don't know what HIV is or how it's spread. A lot of the Papuans also live in a very remote region so they don't have the same kind of facilities that you would find in a city for example. The clinics there are very small, they only have a limited amount of medicines or health staff. In order to get tested for HIV or to get ARV (antiretroviral therapy), they have to travel quite far and it's very expensive to travel. Also when I first started the project in 2009, a lot of the information and a lot of the collateral and brochures did not even include Papuan in it. It was all mainly in Javanese, or non Papuan, so it didn't really connect to the local region or the local communities. And they used the main language, Bahasa, rather than the local dialects. The reason why I created this film is because there has been a lot of advancement, a lot of progress in terms of access to health, access to medicine but the stigma  and the fear of discrimination is still the biggest obstacle. So it doesn't matter if there's medicines now which are more readily available. If people are afraid to get tested, if people are afraid to seek care they're not going to do it. They're going to be afraid and they would rather just keep their status a secret and they might eventually spread their virus to their spouse or to their children.

SR: You've spoken to people who have been kicked out of their jobs. What are some other examples of the discrimination they face?

AT: Some have been attacked. You know, I met a young man, who when he opened his status, he was kicked out of his family and he was attacked by some people in the community. I talked to another woman, who basically the people were just trying to kick her out from her house with an axe and machetes, you know, and I have people who were afraid to be burned alive. I wasn't there to witness them but this is the stories that I heard from them when they talked to me about their experience. It is very risky to be HIV positive and the only way to really counter  those negative stereotypes is to show this positive image of people living with HIV. 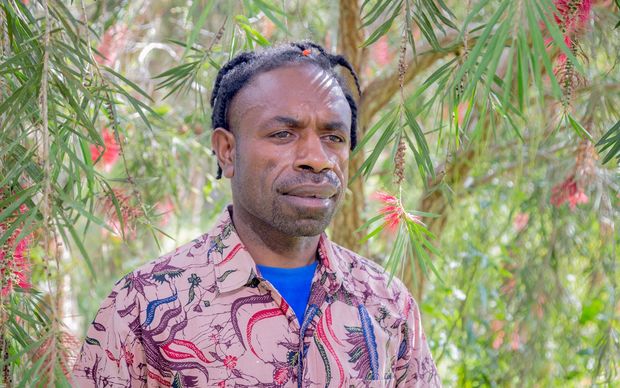 SR: And what do you hope will be done with this project, with this film and the photographs that you've taken. Are they going to be shown in the region?

AT: It was approved by the Directorate-General of Health in Indonesia earlier this year to be viewed and distributed within the clinics and hospitals in the region which is good. That's a good start,  but there's been some kick-back from the provincial government. They were afraid of a potential backlash if they were to publicise this film publicly within the mainstream media. That's the reason why I created this website where everyone will have access to learn about the inspiring stories of the people I profiled, to look at their photographs, to watch their film and I also made a newsprint, a 60-page newsprint, a physical copy of the film essentially. I made about a thousand copies and I shipped them out to Papua, to a lot of the local NGOs, a lot of the activists. I gave them out for free. That way they can use the material when they talk to their communities about the disease. 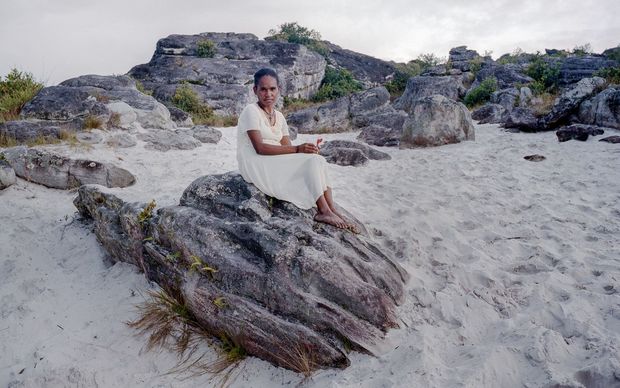