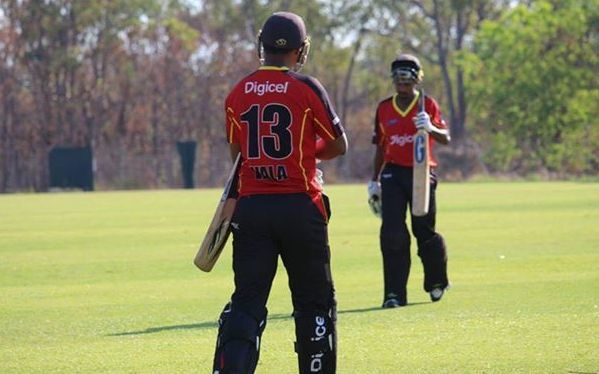 The Papua New Guinea cricket team has been working with a psychologist as they attempt to  diagnose a major stumbling block in the international arena.

The Barramundis' missed out on a spot at next year's World Twenty20 tournament after losing their winner-takes-all qualifying match against Afghanistan in July.

The same thing happened two years ago, when they were beaten by Hong Kong.

Head coach Dipak Patel told Vinnie Wylie they've spent a lot of time dissecting what went wrong and how to fix it.

DIPAK PATEL: Majority it's just been reflecting and doing debriefs and reviews and trying to find reasons why we keep falling short. We've had a fair bit to do with that and I think we're getting sort of close to understanding how these guys, mentally and physically, cope with the demands of international cricket and I thought that was very important. There was a lot of hard work put into that: we've done a lot of team building sessions, we've done a lot of stuff with a psychologist and we've looked at different avenues to try and get these guys to understand the demands of the schedules that they're going to be exposed to over the next few years. It's been very fruitful and obviously [we're] very keen to get back into cricket and try and implement some of the things from the outcomes of the issues that we faced.

VINNIE WYLIE: Since your appointment it has been a very hectic schedule already: I think you had a bit of a gap prior to going over to Europe and now you're back into it again. The South Australian Premier League is something that you've had success at in the past - you won it last time - so it must be good to come back to familiar, successful surroundings?

DP: Definitely. It's very healthy for us in terms of the facilities provided as well. The games are certainly what we need - we need a lot more cricket - but more importantly sort of getting away from home and the distractions that you obviously face, with family and commitments to sponsors and all that sort of thing. To be able to arrive in Darwin and put a lot of those theories into practice has been very helpful and I think I'm very encouraged with the [early] results as well.

VW: You've got those double headers each weekend and in between that you've got a good week to really focus and act as a professional team effectively and put that work in on the training pitch and get yourselves right?

DP: Totally. I think that's the hardest part that the players have found is the day to day training and obviously fronting up to play in the games, and backing up and being more consistent.  I think that's another area that we've talked about at great length as players and as a team - that we wanted to be a lot more consistent and I think that we've shown that in the last two games against two very strong opposition in Grit and Force. I feel that these guys are starting to get a better feel for what professional cricket is all about and moving forward I'm very encouraged.