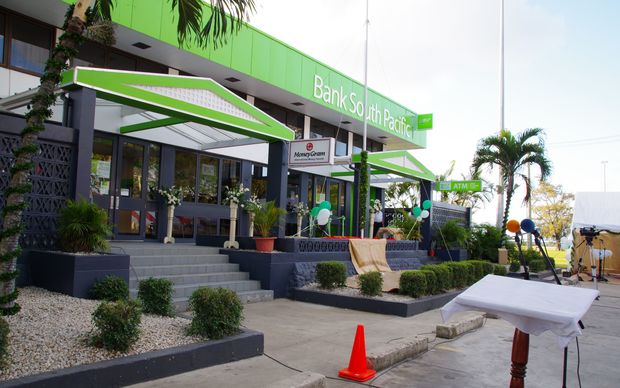 Banks in Tonga are hitting back at the Prime Minister's claim that high interest rates are causing more businesses to close down.

The Prime Minister 'Akilisi Pohiva, told Parliament banks should reduce their rates and keep their profit margins to less than 940,000 US dollars per annum.

But the banks say the solution is more complicated than just slashing rates.

Accusations of neo-colonialism and threats to kick the banks out of Tonga were thrown around the house last week in a debate that was only silenced when the chairman shut off the sound system. But the Prime Minister 'Akilisi Pohiva's comments about the bank's interest rates are still echoing through the Kingdom. Mr Pohiva said the banks have an abundance of money but the high interest rates are turning people off from borrowing and that has led to a number of Tongan businesses shutting up shop. But the chief executive officer of ANZ bank in Tonga, Bernard Poort, says the Prime Minister's comments don't add up.

BERNARD POORT: If you looked across the Pacific region, interest rates in Tonga are relatively low in comparison to some of our Pacific neighbours so from that end I can't see where the Prime Minister's got that information from to make that assumption. Certainly from an ANZ perspective we think we're about right on in terms of where the interest rates are today.

Both ANZ bank and the Bank South Pacific, or BSP, in Tonga offer business loans with a base interest rate of 9.65 percent with a risk margin added based on the individual business. The base interest rates for the other countries where BSP and ANZ operate is not available with both banks saying the rate varies depending on liquidity and how risky the business is to fund. Mr Poort says businesses in Tonga fail for a number of reasons and the banks face a variety of challenges when approving loans.

BERNARD POORT: Tonga has got some challenges around land ownership and land tenure which make it a little more challenging than some of the other geographies we operate in, with no free hold land available here. That's certainly one important consideration, the other one's obviously around management and the style of business that we're looking to lend to, it is quite complex here and sustainability of cash-flow in a relatively small economy is quite challenging for the business owners.

The manager BSP Tonga, Daniel Henson, says the business community is largely optimistic but lending in Tonga is risky for banks.

DANIEL HENSON: The nature of the land and property laws and even enforcing them are difficult. It can be a lengthy process just to even register a mortgage there, and they can affect the approval decision for a loan or anything like that.

The president of Tonga's chamber of commerce, John Paul Chapman, says the Prime Minister has been misinformed.

JOHN PAUL CHAPMAN: I think I read a stat there the other day that said 80 percent of businesses actually closed down because of poor management and I think that's been the case in Tonga, rather than the cost of interest from the banks.

He says legal changes are needed to help businesses survive.

JOHN PAUL CHAPMAN: Also it's the legislation, especially on bankruptcy law, insolvency law, and redeveloping a new concept of how we manage our land tenure systems here. You can only get short term leases, which adds the risk onto banks, onto lending, if we could get longer term leases, more free hold land available which is good for everyone, I think you'll find the banks can loosen up their criteria sometimes.

Both BSP and ANZ say restricting their profit margin is not an option as shareholders expect a reasonable return on their investment. They also say it would affect the amount they can reinvest in their business including replacing technology and supporting the local community.