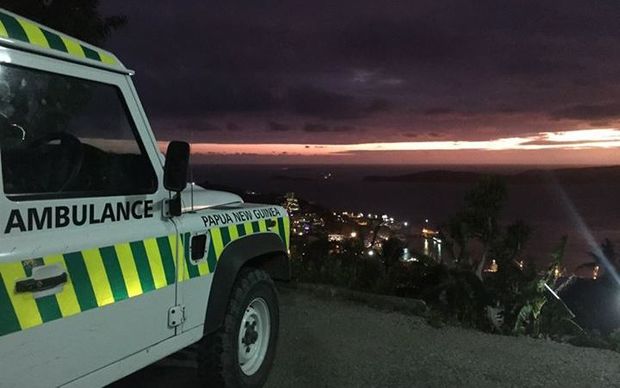 The St John Ambulance service in Papua New Guinea has shut down its operations due to chronic delays in funding from government that have crippled its operations and left its fleet without fuel.

But Health Authorities in Papua New Guinea say they have paid the ambulance service its dues and the release of anymore funding would be going outside of budgeted allocations.

St John has been providing the only public ambulance service for around 300,000 people in Papua New Guinea's capital Port Moresby and the end of its service has created an uproar in local media with calls from doctors for the service to resume immediately.

The chief commissioner of St John Ambulance PNG Andrew Kalai says an operational budget of $US1.2 million was submitted to government for 2015 but only 35 percent of this funding has been given.

Mr Kalai says his team has tried to stretch this out over the past nine months but running out of fuel was the last straw.

ANDREW KALAI: For the sake of the services we provide to ordinary PNG citizens I hope the government will come good soon so that we can continue providing services. Because a lot of people in this country, they don't own cars. They depend on St John ambulance services to get to hospitals.

But Health authorities in Papua New Guinea are denying that they owe any money to St John Ambulance for the running of its operations.

PNG's Health Secretary Pascoe Kase says St John Ambulance claims of having an operational budget of $US1.5 million were inaccurate and only 100 thousand US dollars was actually allocated for the running of the ambulance service in 2015.

Mr Kase says the balance of the funds were for a separate arrangement under an old memorandum of understanding for St John staff who had been seconded to work at the Gerehu Hospital in Port Moresby.

PASCOE KASE: There was some other funding for health services to be delivered and managed by St John. The previous management has mismanaged that money so we have terminated that service. Only the ambulance service is still remaining with St John and the value of that contract is 300 thousand kina (aproximately $US107,000) and nothing more.

Pascoe Kase says all budgeted funds for the running of the St John Ambulance service in 2015 have been paid and the service is now running over budget.

He is urging the management of St John to engage with his office instead of raising complaints in the media.