The Solomon Islands is this week taking a closer look at the lack of women's participation in parliament as part of the governments push to review legislation and policies affecting political integrity and stability in the country. 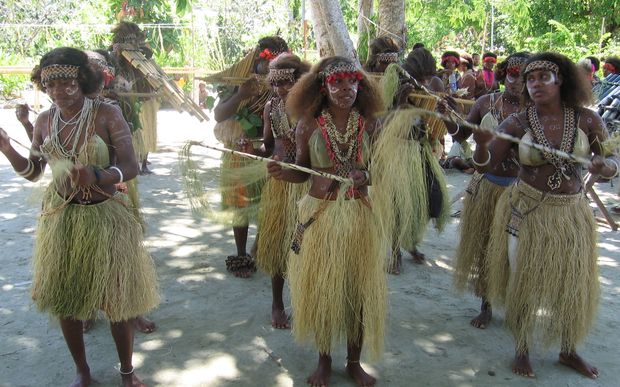 Solomon Islands is considering what is behind the lack of women's participation in parliament.

It is part of the government's push to review legislation and policies affecting political integrity and stability in the country.

Only one of the country's 50 parliamentarians is a woman and she is just one of three ever elected in the 37 years since independence.

The registrar of the Political Parties Integrity Commission Calvin Ziru says the government's mandate is to have new legislation and policies in place before elections in 2018.

CALVIN ZIRU: And so over the course of the next 12 months at least until mid 2016 the Political Parties Commission together with the steering committee wil be looking at various components about political participation and political systems in the Solomon Islands. So this one it's like the first component of that whole review. So next time we will be looking at different elements of political party systems and politics in general but for now we are starting off with women in parliament first and foremost.

KOROI HAWKINS: And there's some surprising statistics there - 83 women contesting the election over the years and only three getting through is that right?

CZ: Yeah, I mean those are the statistics, I mean you have only three women in parliament since over 37 years of independence. We have had 177 members of parliament and even in the last election only three percent of the national vote, even less than three percent of the national vote went to women. So this conference really is about trying to understand the disconnect between the support for the idea of women in parliament versus the voting and the casting of ballot papers in favour of women for female candidates. And so we want to be able to understand why is that so in Solomon Islands. Of course there will be further case studies that we need to undertake but we have brought experts from around the world to look at our framework, to look at our constitution, to look at our laws and maybe to give a fresh perspective on how our society is structured and hopefully that will help us understand ourselves a little bit more in terms of why we have not been able to support women in leadership. More so in terms of their participation in parliament.

KH: And where is that end point, where are all these, how many more of these seminars are coming up and where does it all wind up into some form of positive or permanent change for the act.

CZ: Right, so this is June 2015, our expectation is by June 2016 we will have not only very clear policy directions but we will have drafting instructions and hopefully we can have amendment bills or new bills in general just to bring to government. So our aim is to at least by 2016 or in time for the 2018 election have had the time to review and reform these laws and God willing have the opportunity to even test them.