There have been mixed reactions among Papua New Guinean politicians to a proposed law requiring 10 per cent of candidates endorsed by political parties to be women. 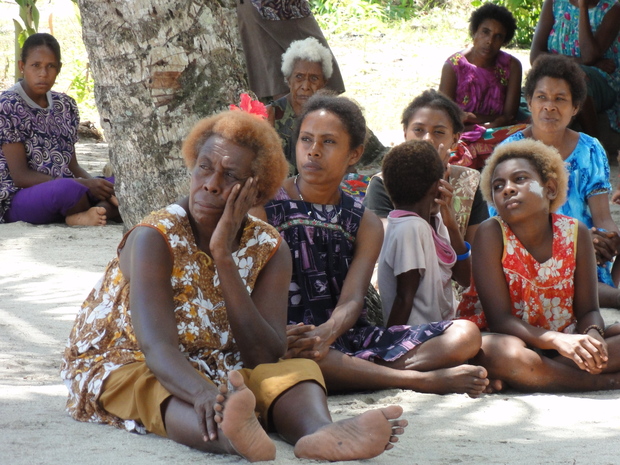 There have been mixed reactions from Papua New Guinea's MPs to a proposed law for 10 per cent of candidates endorsed by political parties to be women.

If the law is passed failure to comply will lead to the de-registration of the political party.

The opposition leader Don Polye and his deputy Sam Basil say the bill is overdue.

But Delilah Gore, who is one of only 3 women MPs in parliament, says political parties should not be forced by law to endorse women candidates.

ALPHONSE GELU: People within the office and as well as other government officers, we sat down and we went through the law in order to fill those gaps that the Supreme Court has nullified. My office - we cannot operate on a piece of legislation that has gaps in it. No, we have to change the law. We have to come up with a revised one and that is exactly what we have done.

INDIRA MOALA: I saw a comment from the politician Delilah Gore, and she had said that political parties shouldn't be forced by law to drag women into parliament against their will, but they should demonstrate true leadership before they are mandated by the people. Do you agree with her on this? What are your thoughts on that view?

AG: No, we need to address the situation of women candidates in Papua New Guinea where you know political parties, when they come to endorsing candidates, do prefer male candidates over the female candidates. And in fact women candidates - they've expressed their disappointment. So we decided to include this provision in the Organic Law. Minister Gore, basically what she is saying is that women should not be forced to be dragged into parliament. You know for me, I really don't like those words that she used. Because that was not our intention. Our intention when we put the law together was to assist the women in Papua New Guinea. What she is saying is that, okay she went through the hard way and therefore all women in Papua New Guinea should also do the same. You know okay, that is a fair enough comment but to us, we still think women should be given that opportunity. Leadership is not something that - you know and this is a very generalised statement - that you have to prove your leadership. In Papua New Guinea politics these days, big money is basically the name of the game. If political parties don't seem to give that support to women in Papua New Guinea, they will basically lose out and the PNG Parliament will continue to have men dominating the political seats in Papua New Guinea.

IM: This bill is really advocating against the gender issues that exist in the country, as they do in many other countries as well, but this bill - really from the top will help in supporting women.

AG: Definitely. And you know, for Papua New Guinea, we're not an isolated little island in the Pacific. We have to be responsible and that's basically where we are coming from. With these comments that are coming out accusing us as trying to promote something that will not be appropriate for our system of governance - I find it very difficult to understand. And me, as the Registrar, I will stand by what we've got there in the law. To us, we do see this is as a step forward. You know, in order to get political parties  to view the equal opportunities also to our women candidates, they must also see them as equal.