A new programme has been launched in Samoa by the Ministry of Health which aims to tackle obesity in children. 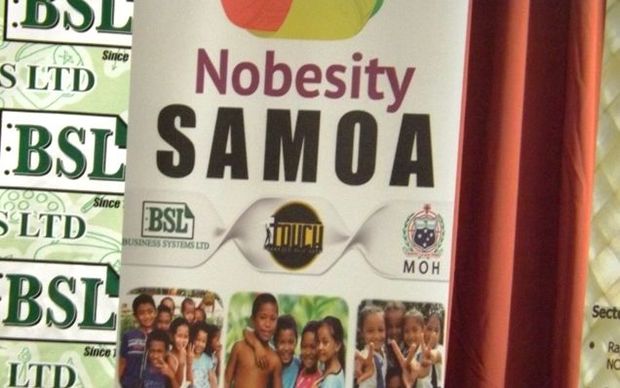 A new programme has been launched in Samoa by the Ministry of Health which aims to tackle obesity in children.

The NOBESITY programme targets school children between Years one to eight in the urban areas of the country.

A report by the World Health Organisation last year ranked Samoa as having one of the highest rates of obesity in the world.

The CEO of the Ministry of Health, Leausa Dr Take Naseri, told Indira Moala obesity in children is not a huge problem in Samoa, but the programme aims to educate the next generation so they don't follow in the footsteps of their elders.

DR TAKE NASERI: We know that Samoa is one of the countries that is in the top five and we're looking at our future generations, we don't have that in the children, but we have seen the changes. So this programme entails talking about diet, talking about good health and also looking at increasing their physical activity. Because I know most are on processed foods now. The programme was launched yesterday, the Prime Minister was the guest speaker and he has to look at also asking the parents for their support - he feels that most of this stems from what the parents are buying for the kids.

INDIRA MOALA: Yes, on that note, he blamed parents' laziness for obesity among Samoa's children.

TN: Yes, that's all part of the message he was trying to get across and I think he's right in the sense that laziness is another part of it. When people sort of rely now on fast food rather than going on a diet - on the good or best local foods available.

IM: Can you describe the children that are obese, do they come from a particular socio-economic background?

TN: Well we don't have those numbers - we are working on that. It's just that we're sighting them in schools and most of the schools that we know, the kids are in the schools near the town area, the urban schools. I think what is happening now as people move - it's all part of urbanisation. People are moving in to town and most of the families now earn income. They earn a salary and then it's all about choices now - what to buy. And they have access to a lot of food. Different foods that are easily available and easily accessed and yet they are unhealthy.

TN: Well, we haven't done a good study yet on the children. But from our current observation, there are more children in the urban areas that are obese compared to those that are in the rural areas. In rural areas there's a lot of children walking to school rather than those that live closer to town who go on the bus or they are being taken to school by car. But most out in the village still walk. I think there's a difference in activity. We are taking an initiative to weigh them - we calculate the BMI's. And that's how we categorize if they're overweight, obese or morbidly obese.

IM: Do you say that it's an overwhelming problem or it's just a growing problem that you're trying to raise awareness of?

TN: It's not an overwhelming problem. I think most people are aware that it's just teaching them to get the right foods and having access to the best and most healthy food.