The 45-Test All Black has Samoan, Tahitian and Cook Island heritage and has inked a three-year deal with the new franchise, who will play their home matches at Mount Smart Stadium until 2028.

The 40-year-old was part of the Moana Pasifika coaching team for their first ever match against the Māori All Blacks in November last year.

He tells us what he's looking forward to the most, and what fans can expect to see in their debut season. 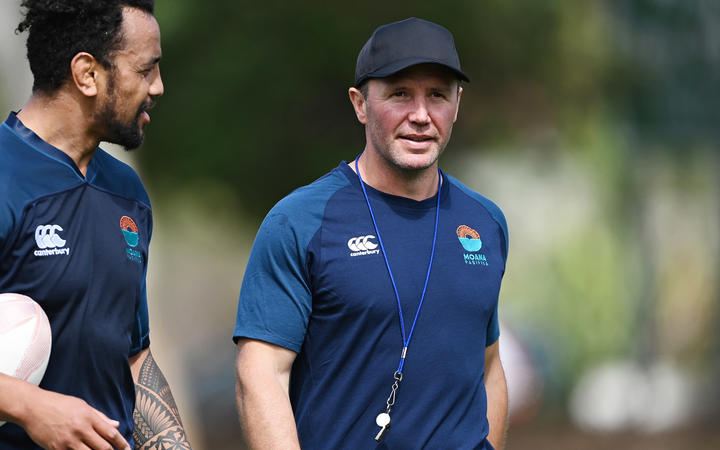 Aaron Mauger was an assistant coach for Moana Pasifika's match against the Māori All Blacks. Photo: PHOTOSPORT