Six tackles and sacrifice: The Kaiviti Silktails and PNG Hunters in Australia

In 2020 the Kaiviti Silktails and Papua New Guinea Hunters rugby league team's seasons were scrapped because of Covid-19.

In 2021, they left their families at home and relocated to Australia to keep their sporting dreams alive.

The Silktails squad relocated from Fiji to Sydney in February to compete in the Ron Massey Cup and spent six months away from their loved ones before the season was ultimately abandoned following an outbreak of the Delta variant in Greater Sydney. 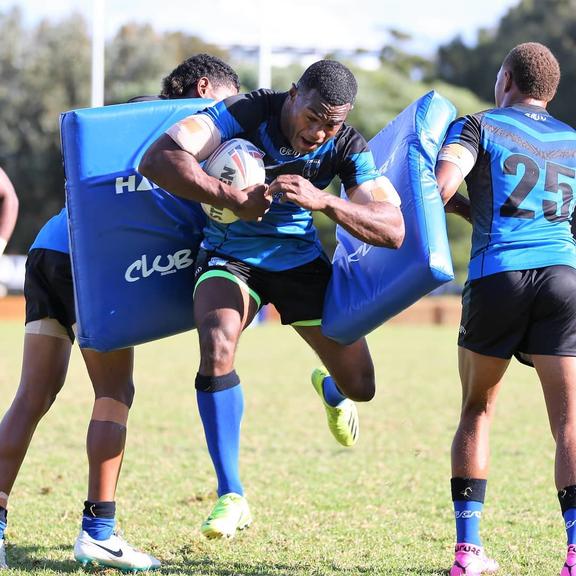 Star winger Vuate Karawalevu said a lot of the players initially found it hard to settle into a new life in Australia.

"We had a few fathers in the team (and) being a rugby player we face challenges and one of them is leaving your family behind and going to pursue your dream and achieve it," he said.

"It wasn't easy. At the beginning we had adapt to the weather, the time and not living together but going through the season we had to adapt to the situation."

The Fijian side's debut season in 2020 was cut short after just one round. This time around they managed 13 games in the Ron Massey Cup before Covid intervened: chalking up six wins, six defeats and a draw.

Coach Wes Naiqama said they were grateful to play as much as they did but frustrated they couldn't finish what they had started.

"It was just as disappointing as it was with the season ending when it was. We thought we were building towards (something), we put ourselves in a really good position in putting ourselves in that top six to feature in the finals. I think there were just mixed emotions when the season came to an end, there was a feeling of sort of unfinished business." 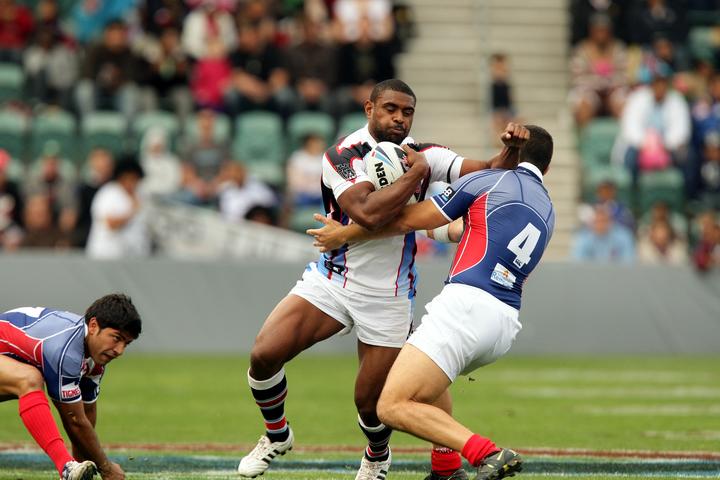 Wes Naiqama fends off the French defence during the 2008 World Cup. Photo: PHOTOSPORT

Naiqama spent a decade playing in the NRL and said the players sacrificed a lot in leaving their families behind to follow their sporting dreams.

"Being over here for six months - eight months if the season went forward - was a huge sacrifice by them but with the mindset that they had, with the goals that they wanted to achieve I thought the group did really well to keep each other up for the period they were here because it was tough," he said.

"...in a normal environment after a loss you get to go home and sit with your family and enjoy the weekend with them where we're sort of just in it 24/7, but as a coach I couldn't be prouder of the boys and the way they handled themselves right across this season."

The Papua New Guinea Hunters did manage to complete their season in the Intrust Super Cup, albeit with two regular season games cancelled and a five-week pause in July when South East Queensland
went into lockdown.

After winning three of their first four matches the Hunters form faded to finish in 10th place with six wins and 11 defeats. 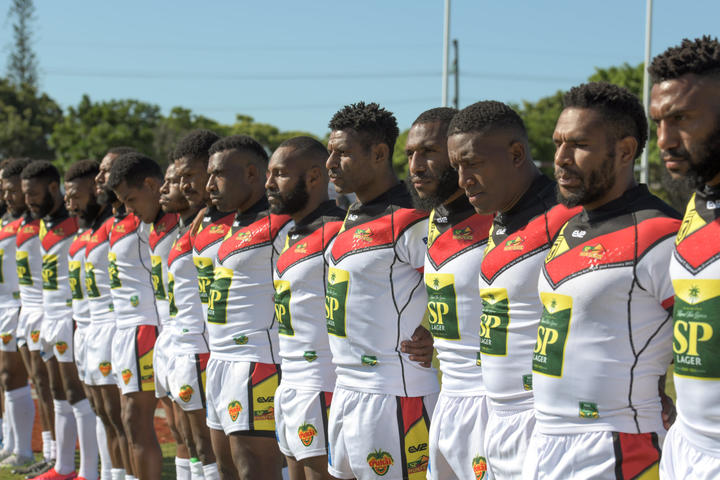 The PNG Hunters were based on the Gold Coast. Photo: Vanessa Hafner / QRL

The squad had an early taste of adversity when their departure from Port Moresby was delayed on three occasions. They finally arrived in February and ended up spending 31 days in isolation across two countries before the season had even started.

Coach Matt Church felt it was important to select players he thought would be able to adapt and settle in new surroundings.

"We couldn't just force it on them and make sure they come to Queensland and relocate," he said.

"Some of the selection in and around who I selected in our squad was relying on how I felt they would handle life in Australia...it was something I was really mindful of, making sure that we weren't bringing someone too far out of their depth, because we didn't know how hard or easy it would be to get someone home."

Captain Ase Boas debuted for the Hunters in 2015 and is used to making regular trips between PNG and Brisbane. 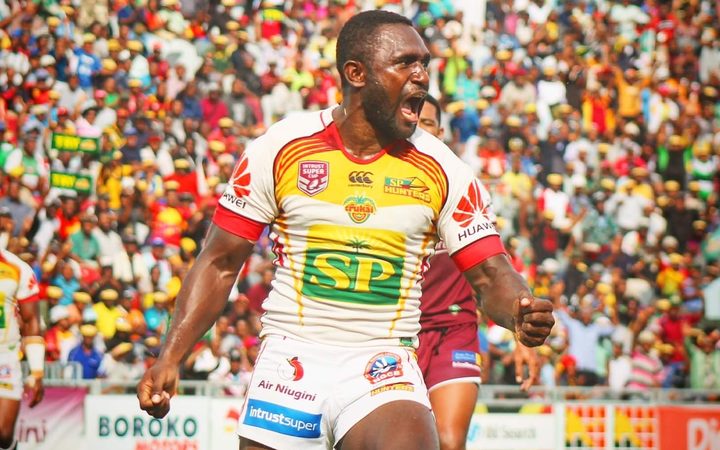 Ase Boas was a part of the Hunters team that won the Queensland Cup in 2017. Photo: Melvin Levongo

The Kumuls international said relocating to Australia for an entire season was a big sacrifice.

"A lot of these boys are new boys coming through the Kumuls system and they're going to experience being away from family for so long. The results didn't come our way but it's something that we need to get something out of leading into next year if the Covid continues and our current situation is like (this)."

The Hunters did make good use of their time off the field, however, by taking part in a series of educational opportunities to prepare for life beyond their playing days.

"We've managed to organise some short-course TAFE courses around business and trade so those things just haven't been possible back in PNG, so the ability to do that, know what that looks like to be able to extend on that next year if we're back here is a huge advantage for us." 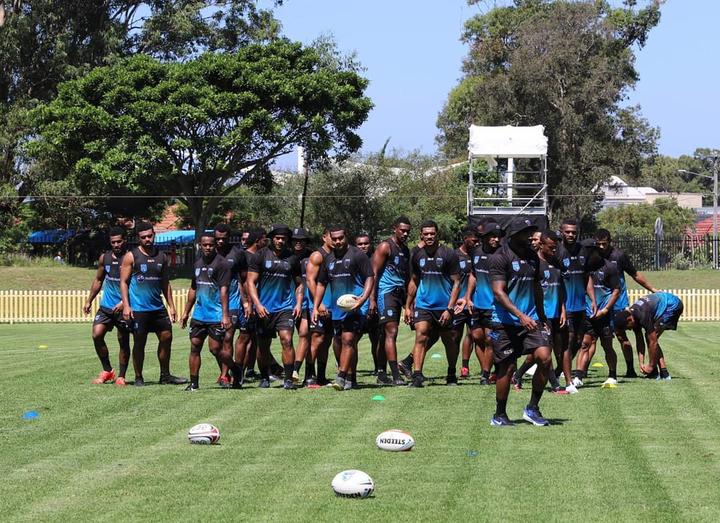 Despite the Silktails seasons coming to an abrupt halt in July, Wes Naiqama believes his team still achieved a lot, with 14 players named an extended Fiji Bati squad for the Rugby League World Cup and Kurawalevu signing for the Sydney Roosters NRL team.

"Vuate's been up and down with us and Jersey Flegg with the Roosters. Our captain Penioni (Tagituimua) he got called up to New South Wales Cup, North Sydney with Jason Taylor's team, and one of our younger boys Filimoni (Paul) also debuted for SG Ball with the Roosters. With that partnership it's been great with the Roosters: there's a pathway and reward for these boys if they're playing well."

Kurawalevu, 20, will join the Roosters NRL team full-time next season and is bracing himself for another major step up.

"It's going to be quite tough coming into next year. I've been learning a lot from our coach (Wes Naiqama), he's been easy to talk to. He's been giving me a lot of tips on how to do things, this and that, especially towards positional-wise. (It's a) totally new environment for me but I managed to push through the season but looking for new adventures next year."

The Hunters ended their season with back to back wins against the Central Queensland Capras and Tweed Seagulls in September, before the players boarded a plane back to Port Moresby. 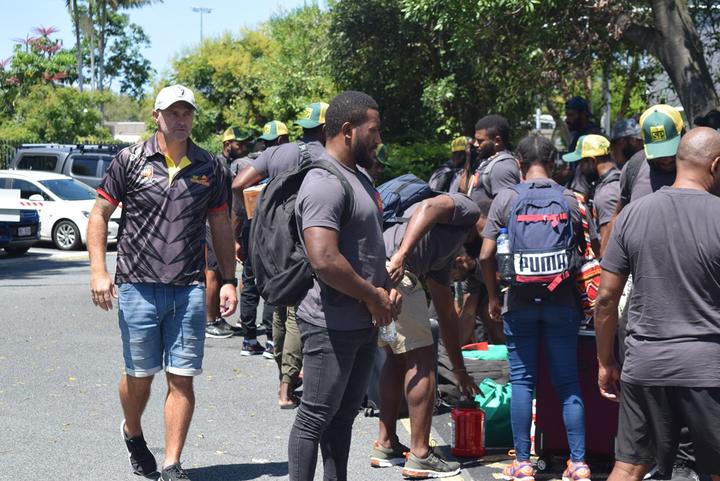 "When we first came here someone said to me it was a bit like flying to the moon for the first time. I was like well, no, actually it's a bit like sewing the space-suit, building the rocket, designing the fuel and then learning how to fly it to get it there."

The Silktails and Hunters squads have since returned home to Fiji and Papua New Guinea but, with Covid-19 still causing major disruptions to the global sporting landscape, both teams have indicated they will be back to do it all again in 2022.