Vanuatu rower Rio Rii has officially made his debut at the 2021 Tokyo Olympics, after what has been an "emotional and challenging journey." 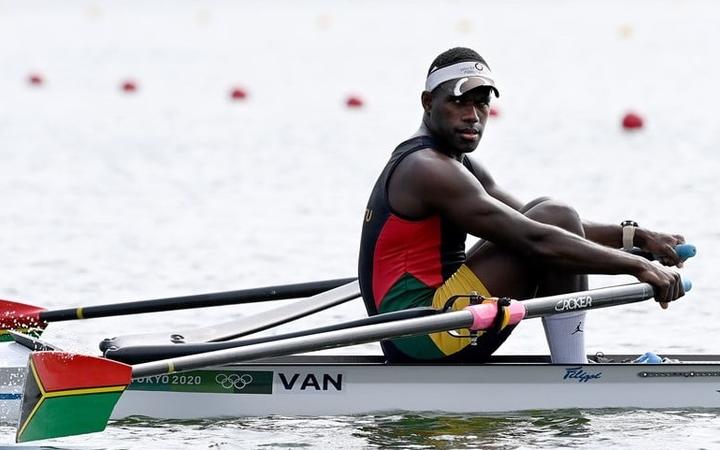 Vanuatu rower Rio Rii received a wild card to compete at the Olympics after the qualifying regatta was cancelled because of Covid-19. Photo: World Rowing

In March last year, the 27-year-old was at the end of completing a three month training stint in Queensland preparing for a qualifying regatta in Korea, but it wasn't long before state lockdowns were announced and borders were shut.

"I had about two weeks left before the regatta [in Korea] and I text my coach that I needed to go back [home to Vanuatu]," he said.

"I was lucky, very lucky because I left Brisbane and the very next day the Australian borders closed, so I managed to get out just in time, but that was quite an experience."

One by one competitions were being postponed and eventually cancelled. Rii's chance at qualifying was gone because of the pandemic and his future at the Olympics unknown.

But that didn't stop him from getting out on the water every single day. 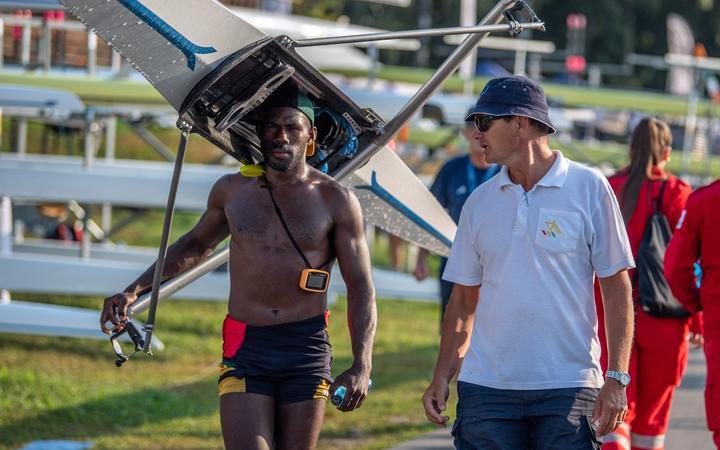 "Training back home is very hard because it's just myself and it's hard to be competitive. I trained a lot with myself and the coach, but in Australia I was training with the most talented team from the sport so I really had to push myself to the limits mentally to get out and train and push myself."

"I just kept going, going, going, and even though there were no competitions anywhere, I just didn't give up and kept on pushing myself... I was so sad because I didn't know what was going to happen, but then I got the wild card [to compete], so I'm very fortunate to be in Japan and to be at the Olympics, oh my gosh."

It's a dream come true for the rower who still can't quite believe his luck. Even his career in the sport just happened by chance, he explained. 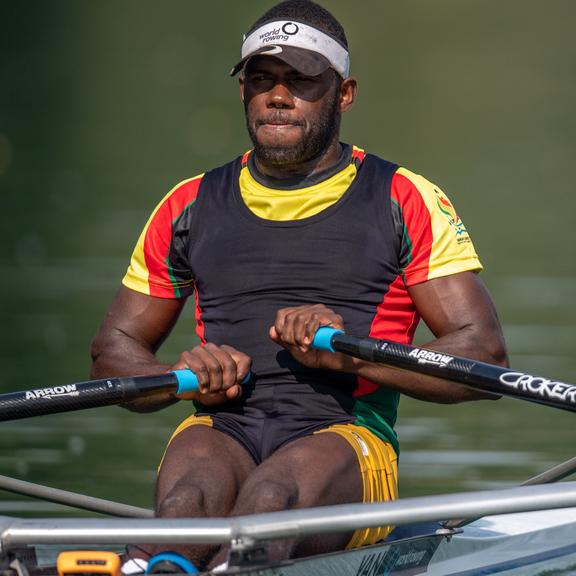 "I played cricket and I was in the under 19 squad with three friends and we thought let's go and check out the new sport, because the sport was quite new at the time."

"So we went down to the water, we hopped on a boat, we tried, and they went back to cricket and I never left, and look at me now I'm in the Olympics."

Rowing for him is all about discipline, he added.

"I love this sport because it's given me discipline in everything I do. The food I eat, the time I sleep. The sport physically, mentally and spiritually accounts as one."

Rii won Vanuatu's first ever gold medal at the 2018 Commonwealth Rowing Championships and was presented with a recognition award from the President of Republic of Vanuatu in 2020.

More recently he stunned fans at the official opening of the Games as Vanuatu's flagbearer.

While he placed third in his repechage race and is looking to place 30th or 31st in Friday's regatta,  it's an experience that's reminded him to never give up on your dreams. 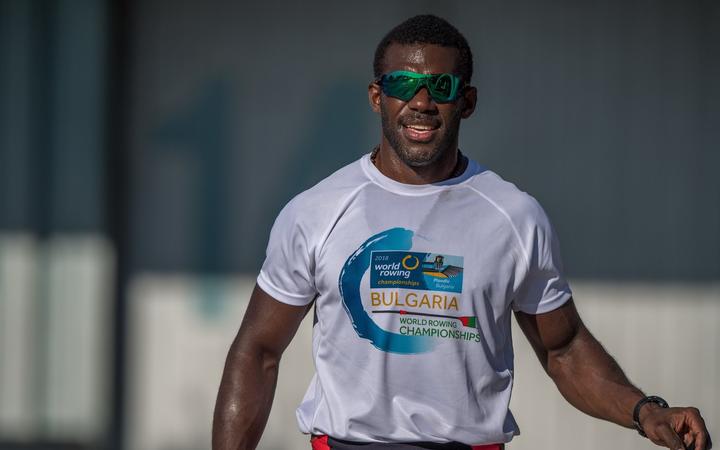 "There's a saying that it doesn't matter about the size, but it's a matter of the bite so I'm just fortunate to be here and I look forward to every challenge that I face in the future."