But it's not the competition or the threat of Covid-19 that's giving the Oceania gold medalist sweaty palms. 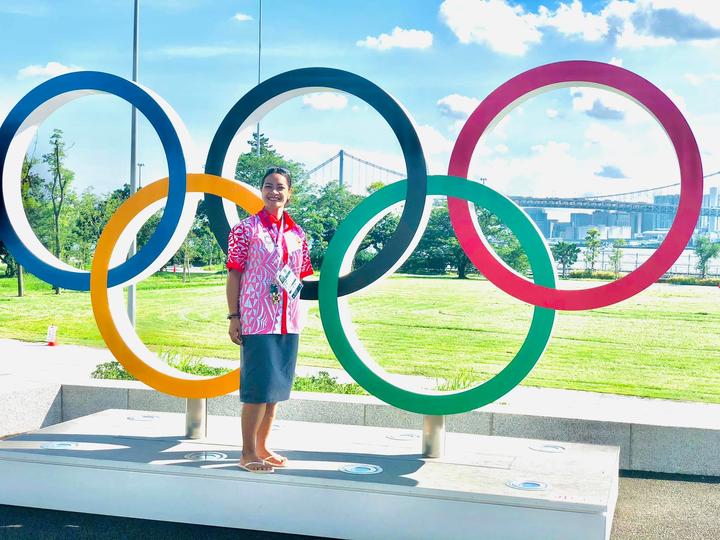 The Tongan taekwondo star will walk out as Tonga's flagbearer in front of an estimated worldwide audience of somewhere between 1 and 2 billion people. Photo: Supplied

On Friday, the 21-year-old from Fua'amotu will walk out as Tonga's flagbearer in front of an estimated world-wide audience of somewhere between 1 and 2 billion people.

That's daunting enough, she admits. But having to follow in the footsteps of Pita Taufatofua whose shirtless entrance in Rio five years ago "broke the internet" has raised the stakes and the pressure is on. 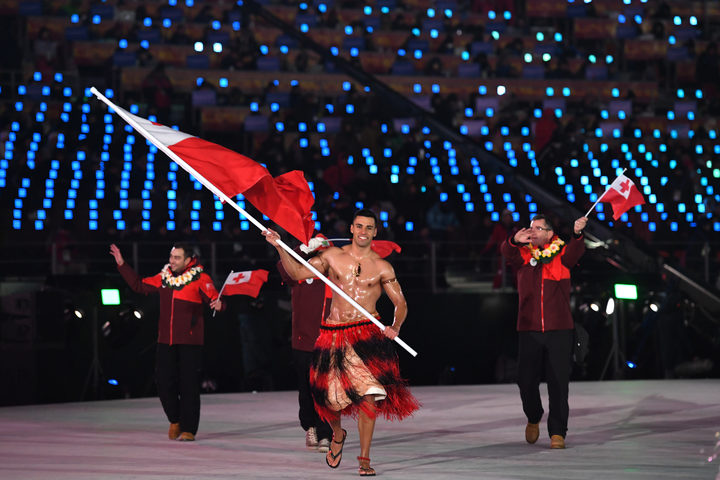 "When the Chef de Mission announced that the one officially chosen to be the flag bearer was from taekwondo I was like 'oh yeah, it will be Pita,' but to my surprise they said it would be me. I was really happy and honored, but I was also quite shocked," she said.

"I'm really excited but a bit nervous too because this is really new for me. I've been to many competitions before, but this is my first Olympic Games and I'm just thankful really for the opportunity to be representing my country and that they trust me to be the flagbearer."

Paseka said there's some relief though, with her team mate and mentor walking alongside her. 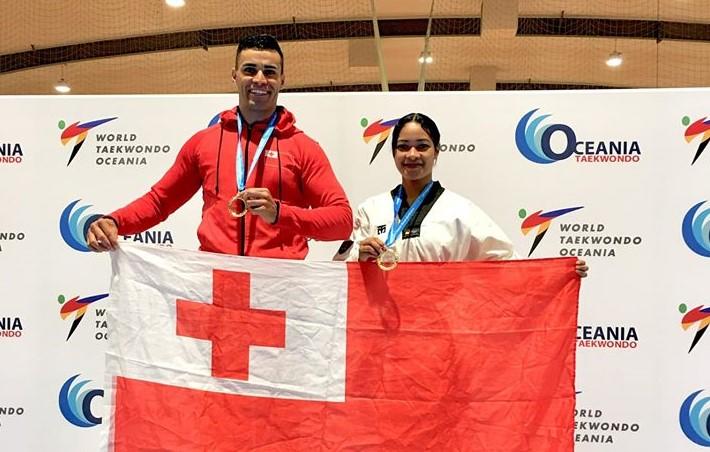 "Pita and I will be the flag bearers together so it's good that I have him because he can tell me what to do and stuff... I'm actually happy to have him and my coach Master Paul [Sitapa] because they're really good at all the advertising and those things," she quipped.

Paseka will be Tonga's first female Olympian to compete in Taekwondo. 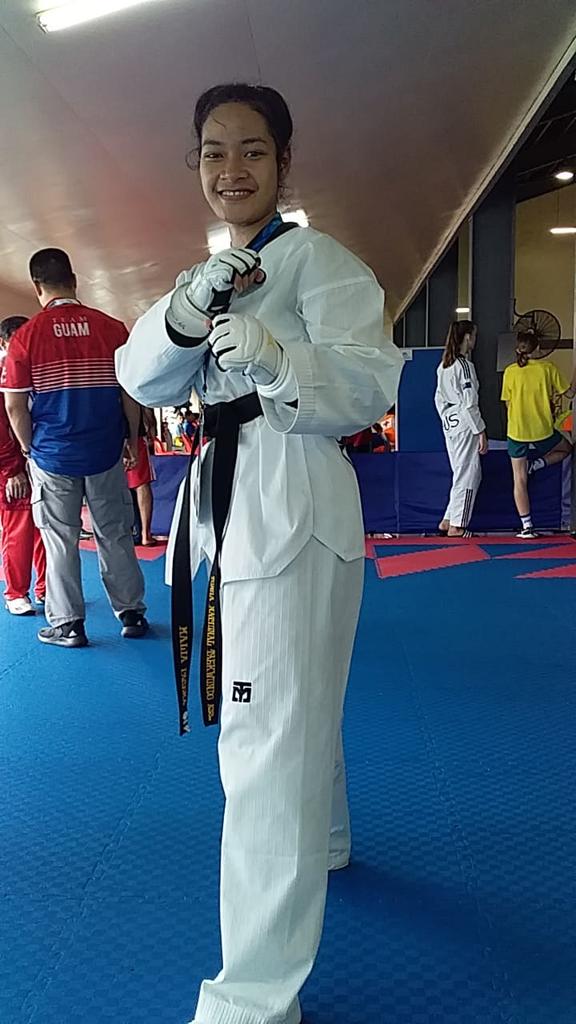 She qualified early last year by winning gold in the Women's 67kg division at the World Taekwondo Oceania 2020 Olympic Qualifications tournament held in Australia. She also claimed gold and bronze medals at the 2019 Pacific Games in Samoa.

But the road to Tokyo hasn't been easy.

Covid-19 meant overseas training programmes were terminated, and her Australian based coaches were forced to train her virtually. The lack of resources didn't help either, she explained.

"Being a local women on the island training for [the Olympics] there have been much great challenges because you don't have much things. We didn't have much equipment needed for training, there isn't very many women who can be my opponent when training and sometimes even people aren't supportive because they might see it as a dangerous sport."

"But in Tonga, money is not really a big problem, your heart is, and what you give and how you commit to the sport is what's important... all I can say is life is quite challenging sometimes but you got to get used to it and fight for your dreams."

Luckily for her, Master Paul's younger brother, who is also a master in the sport, was in the country to help her prepare for the Games.

"Master Paul and Pita were in Australia and they were trying to get me to Australia but because of Covid I couldn't get there. I would say I was very lucky because Master Paul's little brother was in Tonga so he became my coach and I'm so thankful for him."

"It was good because I was able to coach with him in person but then Master Paul was also sending his training schedules for us to follow and I'm here now, I'm where I'm meant to be and it's really something I could have only ever dreamed of."

Training aside, she also needed to convince her parents that she would be safe to travel to Japan. 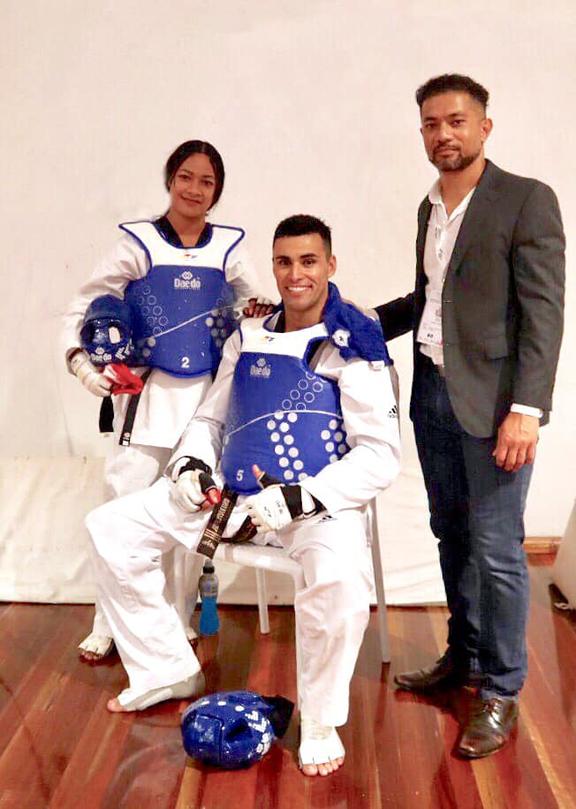 "Even though they didn't want me to come, they wanted to encourage me and support me with my dreams and they're always calling me and checking in on me so I'm grateful they let me come in the end."

Paseka admits there were many times where she felt like giving up, but thanks to the support of Taufatofua and Sitapa, she's gained not just a team of friends, but family.

"They're really special. We're not a team, we're family and they've really been an inspiration because it has been really hard, it's been really difficult, but these guys they never left me. They always encourage me to be strong and have just been really positive through it all."

"For them to arrive here and be [reunited] finally with them here in Japan it really has just made this whole experience better already because I wasn't even sure if they would make it, so I'm lucky to have them here by my side."

Now Paseka is more prepared than ever on the task ahead and she's aiming for gold.

"I'm hoping to bring home some medals for Tonga, but at the end of the day it's not all about winning and losing."

"For me to be here, to be representing my country, to be part of the 2021 Tokyo Olympics, it's really an honour and there's only a few who get this opportunity and so I'm very blessed."