Manu Samoa played Tonga last weekend, in the first of two tests to see who will qualify for the 2023 Rugby World Cup.

And while fans were excited to see two Pacific teams go head to head at Mt Smart Stadium, there was someone else getting props on the night too. 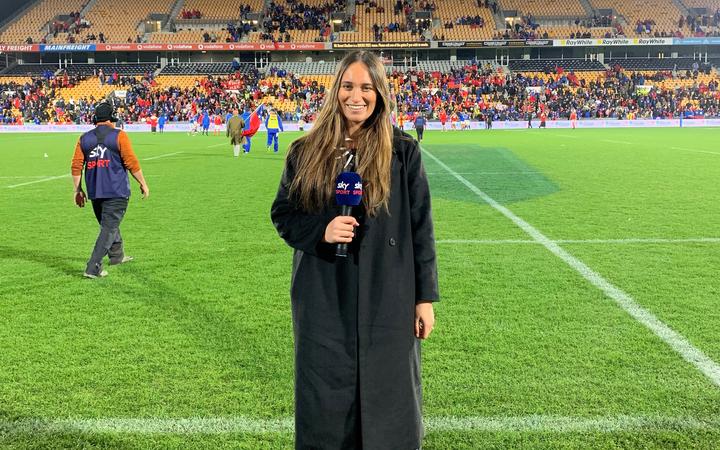 Sporting commentators in New Zealand have been challenged to lift their game and learn to pronounce Pacific Island names correctly.

Sky Sport's Taylah Johnson was praised for doing just that and is understood to be the first Pacific woman to commentate a men's test match in New Zealand, alongside Fauono Ken Laban and Willie Lose.

The 25-year-old said the reaction from spectators validated why representation was so important.

"I think the biggest reaction was that it was cool to hear players names pronounced correctly," she said.

"For people who aren't Māori or Pasifika, they don't realise how important that is for people because our surnames carry so much mana behind them, our family lineage is so important to us as Pacific people," she explained.

"It's a really proud moment when you make your debut for an international side because you're representing not only your family but your people, and the last thing you want to hear as you run out onto that field is your name being said wrong."

Having worn the blue jersey herself, representing Samoa internationally in both rugby and sevens, Johnson said commentating the Pacific test match was a dream come true. 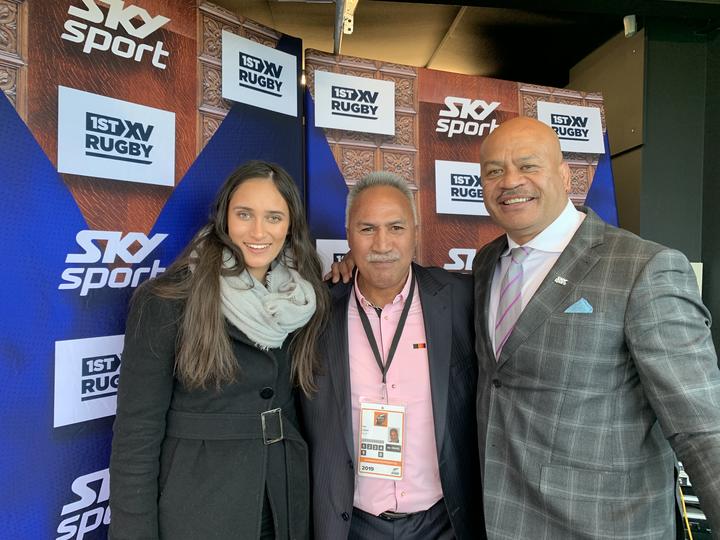 "When I first got the email asking if I was available I almost dropped my phone because I was like 'Is this a joke? Am I really getting asked to do a men's test match?'

"Because growing up I supported the Manu Samoa team in particular really closely and I hardly ever saw a woman let alone a Pacific woman [on screen].

"It was really special because it was two Pacific teams as well. My nan is both Samoan and Tongan and my pop is Cook Island...I was almost getting a bit teary, like the first time I wore my Manusina jersey, because it was a huge accomplishment for me and you know Pacific Island rugby has a really strong place in my heart and we deserve so much more than what we get."

Pronouncing names correctly and letting fans know where players are from comes naturally, she added.

"It was almost like you didn't really have to prep too hard for it because it's just something that comes naturally to you when you're a Pacific person. Looking at people's villages and stuff is easy, it's more so what everyone keeps saying is 'wow, someone's actually saying their names correctly.'"

But her love for the game started with her dad, Lauaki Ramsey Tomokino, who has held a number of coaching roles and is the current head coach of the Manusina, who are attempting to qualify for the 2021 Rugby World Cup in New Zealand.

Johnson said they've been "thick as thieves" for as long as she could remember. 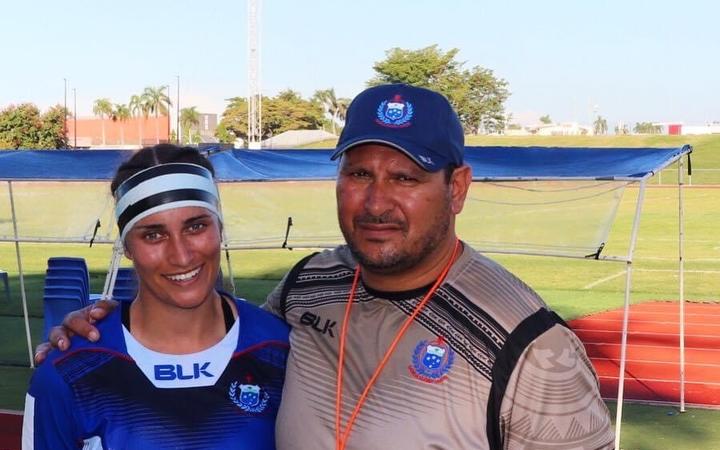 Taylah with her dad, and coach, Ramsey Tomokino. Photo: Supplied

"My dad would take me everywhere with him as a kid. I would sit on the sidelines while he was at rugby training with a blanket and a hot chocolate in my hand from probably the age of three," she recalled.

"Players like Charles Piutau, Malakai Fekitoa - so many of the big players I've known from when they were about 13 and I was probably seven or eight just running water for them and obviously started playing rugby as well."

Johnson went on to establish the girls' rugby programme at her high school, Mt Albert Grammar School, before representing New Zealand in touch rugby, Samoa in rugby and Sevens, and more recently taking the field in 2019 for Northland in the Farah Palmer Cup before succumbing to a shoulder injury. 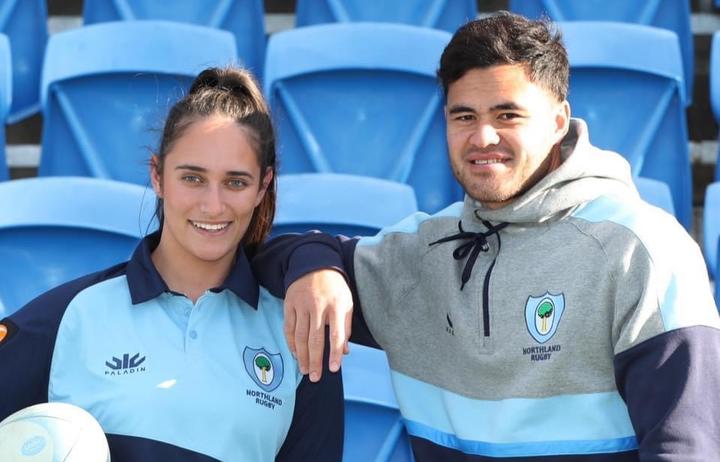 Despite dominating the scene in ball sports, she first represented New Zealand when she was six years old, following in the footsteps of her mum's family which boasts national champions in BMX racing.

Johnson was born in Te Kūiti and has Māori lineage to Ngāti Maniapoto, where she spent her holidays riding with her cousins at the local BMX track. 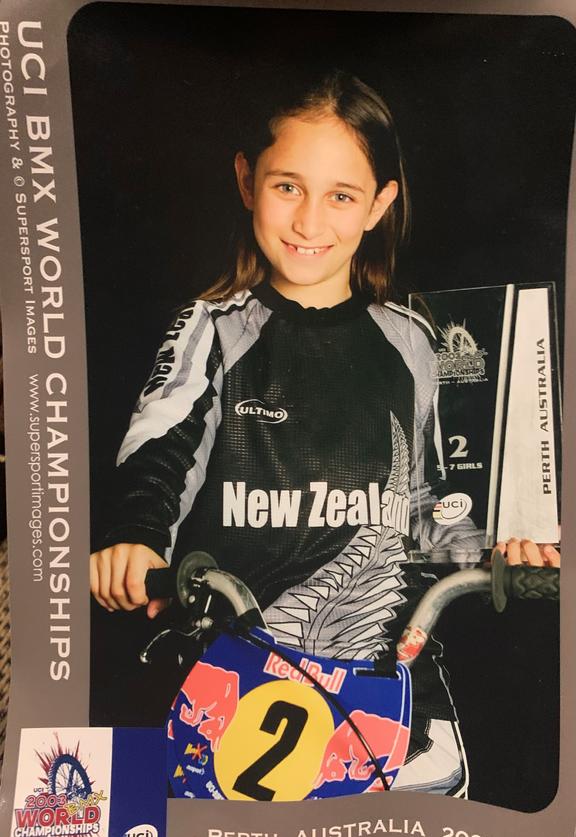 It's a sport that saw her travel the world before she was 12.

"It's kind of in our genes to race. I remember I won the championship and thinking it was easy...maybe it was from my dad's genes as well with my big strong Samoan legs, but even in that sport I could probably count the number of Pasifika people on one hand."

"But one too many crashes just got a bit too much in the end and I wanted to do a team sport, which is when I picked up rugby...and I never really looked back from there."

And if that wasn't enough, a law and business degree has helped set the foundation to her goal of one day becoming a CEO or CFO of a provincial union or Super Rugby franchise.

"Being a woman, especially a woman from a minority background, you've got to work so much harder than everyone else. So when I got my business degree...I studied accounting and law because I knew I needed that background so they can't turn me away for not having that. I'm living the dream, but that's my goal." 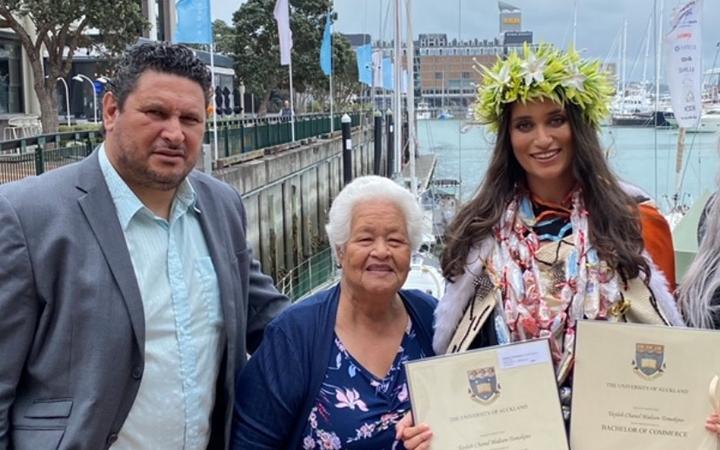 She works Monday to Friday as an auditor for KPMG, but in the weekends it's strictly footy, and something fans are hoping to hear more of this weekend.

"I absolutely love my job. And, you know, if I get to talk about and acknowledge and really push for Māori and Pacific Island players then you know, I'm going to do my best."