History will be made in 2023 when Oceania plays host to football's FIFA Women's World Cup for the very first time.

But can a Pacific Island team make it to the biggest stage in the world game? 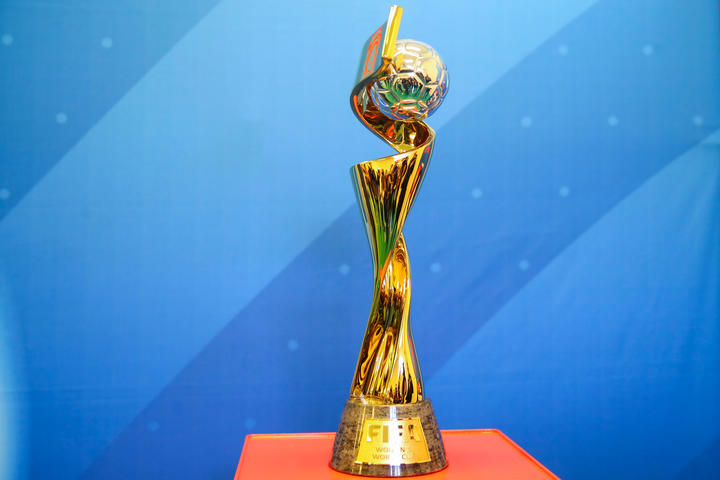 Australia and New Zealand are co-hosting the tournament and OFC Women's Football Development Officer Emma Evans believed hosting the event down under will be a game-changer for women's football in New Zealand and the wider Pacific.

"In terms of inspiring and empowering young girls: they'll see it, they'll feel it, they'll know how big of a deal it is and how great football is and that's the beauty of it," she said.

"The traction that this playoff tournament and the World Cup will bring and will cause it's hard to even describe at this point but the whole Oceania region is so excited.

"And it's really for us as OFC how can we make sure the playoff tournament and the World Cup leads a lasting legacy through the entire Pacific and that will our big focus."

New Zealand are the reigning Oceania champions and have qualified automatically as World Cup hosts, alongside Australia. The Football Ferns have represented OFC at the last four World Cups and are ranked 22nd in the world but, despite the tournament being expanded from 24 to 32 teams, Oceania has not been awarded a second qualifying berth.

This time, the OFC Women's Nations Cup winner will join nine other teams from the likes of Europe, Asia and South America in a daunting inter-confederation play-off tournament for the final three qualifying spots.

Papua New Guinea Football Association Margaret Aka is the Women's Football Development Officer for the PNGFA.

The former international said the road to the World Cup remains an uphill battle for Pacific Island countries.

"It's not getting any easier if you win the OFC Nations Cup," she said.

"It gets harder because with the 10-team competition it's not from the region, it's outside and we have teams from outside our region so it gets harder." 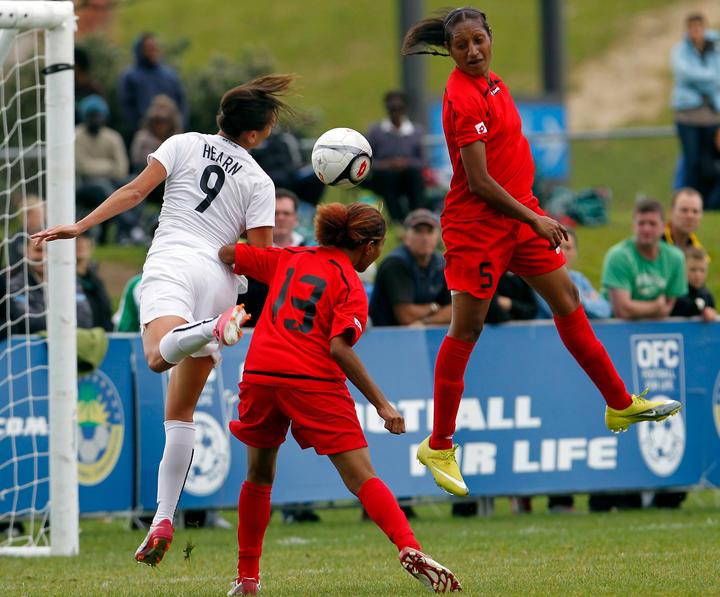 The PNG women's national team have won five straight gold medals at the Pacific Games and finished runners up to New Zealand in three of the past four OFC Nations Cup tournaments.

They were beaten by Fiji in the semi finals three years ago and Aka said at 47th in the FIFA rankings they will be well and truly up against it if they reach the final playoff.

"I believe if we want to prepare for that we need to go out to the Asian countries because they will be featuring in that tournament.

"South American is, I believe, impossible at this stage because of Covid but it would be good to get a few hard games outside of our region to experience that level of football."

Covid-19 hasn't helped the situation for Pacific teams, with most not having kicked a ball competitively since the Pacific Games in Samoa two years ago.

Former Crystal Palace and Wellington Phoenix striker Paul Ifill was appointed coach of the Samoa women's team back in February, but is yet to set foot in Apia because of the Covid-19 border restrictions.

Samoa are a longshot World Cup contender at 109 in the world rankings but, that didn't stop the Barbados international from dreaming when speaking to RNZ earlier this year.

"That sort of tournament is massive," he said of the 10 team inter-confederation playoff.

"For any island nation to be able to get to that stage and be within spitting distance of a World Cup is something pretty special and if you get a Pacific nation to a World Cup it's life-changing for all the people involved." 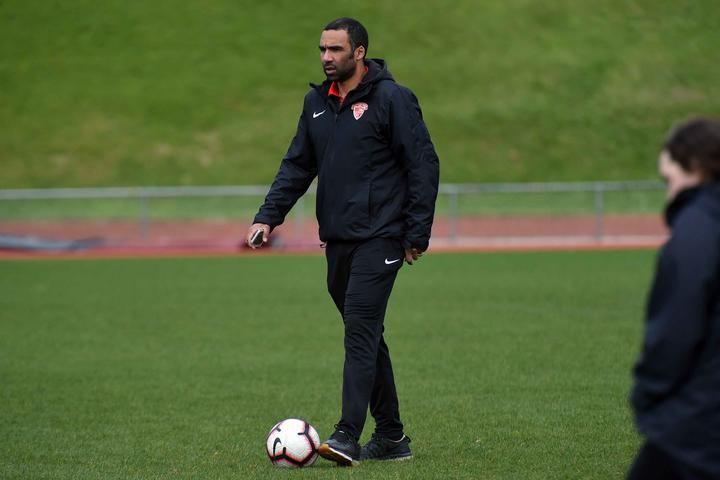 Paul Ifill is in charge of the Samoa women's national team. Photo: PHOTOSPORT

Margaret Aka said funding was available from OFC and FIFA to assist Pacific Island nations in their qualifying campaigns.

"I don't mind going to Australia and getting belted 'whatever nil' and then come back and building from there because that's the only way we can learn," she said.

"If we're going to look at (only doing) things domestically we are not getting anywhere and especially in our region, the Islands, we need to start looking at going to competitions outside or having friendlies outside of the region." 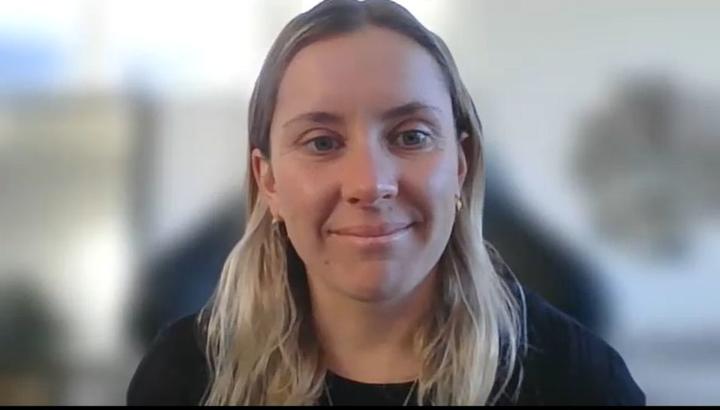 Emma Evans admitted it was both a daunting and exciting prospect for the Pacific's top teams.

"Having the potential to play still in a world class tournament as that qualifying 10-team tournament is a massive opportunity," she said.

"...to have that stepping stone to the World Cup where these players and coaches are exposed to international football at that level is going to be incredible and of course we would love to see an OFC team make those final spots to get through to the World Cup.

"But if they don't I think there's still so much they will take away from that tournament: the exposure to football at that level, the fans and just the level that they'll be playing at will be a step up from what they've seen currently in the Pacific."

So is it possible? Is it realistic for a Pacific Island nation to take on the world in their own backyard and win?

"Most of the countries in the region, especially in the Islands, we are doing shortcuts at the moment. A lot of football is focused in the seniors and not junior level, so we need to start thinking about development if we want to go to the World Cup.

"...what makes us think we can just go there and win the tournament and go to the World Cup without no foundation at all? It won't work that way, it will not happen." 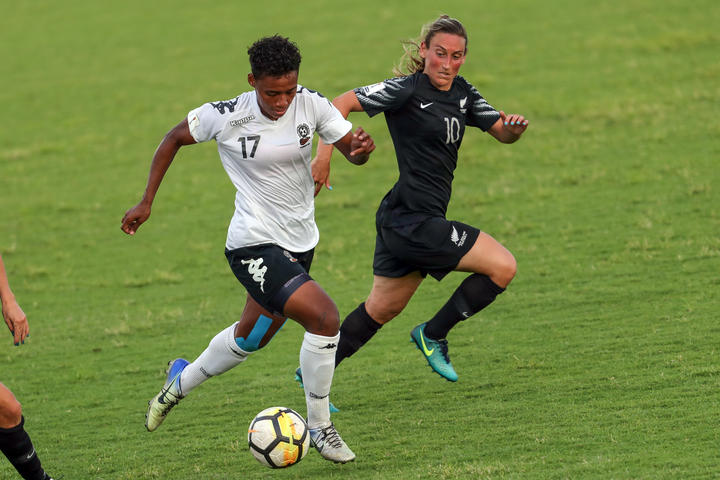 Emma Evans was also optimistic but said there was no time to waste.

"I think if we leave it until the end of the year and we begin work then it will be too late," she said.

"Because we're seeing this momentum build for the women's game, we're seeing what's happening in other regions and we need to make sure that these players are in a regular training environment, they have their own individual training plans and the coaches have the best possible support wrapped around them to be able to work with these players.

"If we put everything into it for this year into the Nations Cup and then from the Nations Cup build this team towards this playoff tournament I have no doubt they will go there and surprise some of these other countries."

The OFC Women's Nations Cup is scheduled to kick-off one year from now, with the playoff tournament in early 2022.

The race is on!