First Olympians: The fastest man in the Marshall Islands

He's a rapper, model, father and, if it all goes to plan, a future movie mogul.

But before Roman Cress was dropping tracks, he was running it. 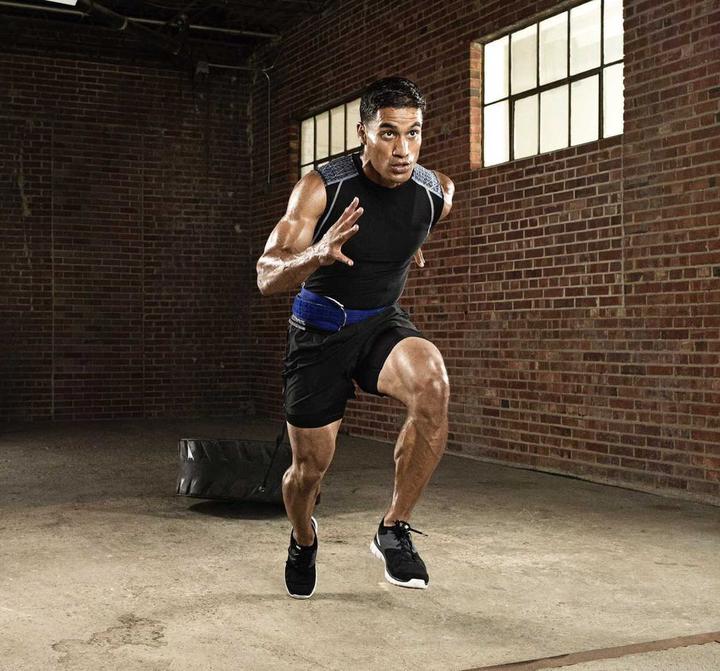 Roman Cress was the first athlete to represent the Marshall Islands at the Olympic Games. Photo: Supplied

The Kaven born, Minnesota raised sprinter began competing in athletics when he was 11 year old and first represented the Marshall Islands at the 1999 South Pacific Games in Guam.

Earlier that year he clocked a personal best of 10.39 seconds in the 100m at a meet in Minneapolis and had his sights on the Sydney Olympics.

But there was one problem: the Marshall Islands didn't have an Olympic Committee.

"I actually qualified 'B standard' at that time," Cress recalled.

"I was in peak form around that time, 99/2000, and after that I still competed in my college years but I didn't have the same desire because when we didn't make it to Sydney I just left it alone, I didn't think about the Olympics anymore."

The Marshall Islands National Olympic Committee was eventually established in 2001 but was not recognised by the IOC until 2006, meaning Athens 2004 was also a non-starter. 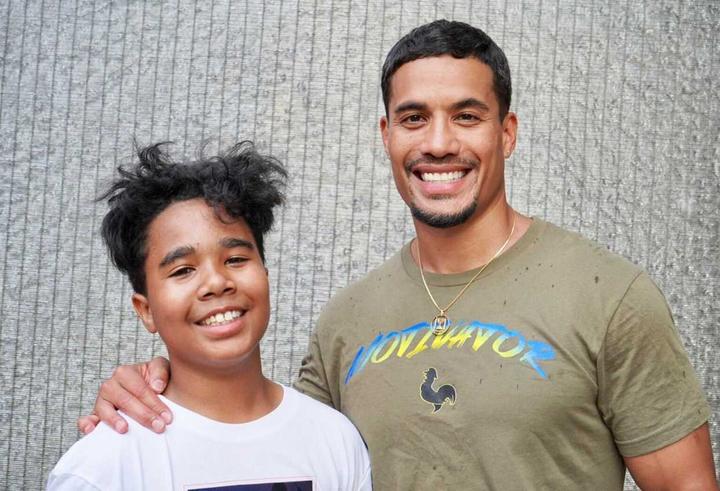 Then, a phone call.

"I remember it was 2008, it was in like March or April. I believe it was in the middle of the night - it was like 4am or something - and it was the Marshall Islands Olympic Federation and they asked if I wanted to compete (in Beijing)," Cress explained.

"It was kind of bittersweet because I felt like I should have been in Sydney in 2000. I qualified and I didn't feel like I deserved it in 2008. It was more like a charity."

Despite some reservations he accepted the challenge and put himself through a track and field crash-course over the next few months to try and get back up to speed.

He ended up running 11.18 seconds in his 100m heat and 13 years later the performance still bugs him.

"I was very disappointed. I felt for sure I should have ran under 11 (seconds) for sure," he said.

"...I was just happy to put that on a resume and kind of put that to rest in my track and field career because it was a very quick rise and fall. I pulled my hamstring in January 2001 and I just never ran the same ever again."

While the competition didn't quite go to plan, Cress said it was "amazing" to finally experience an Olympic Games and to be part of the first ever delegation to represent the Marshall Islands. 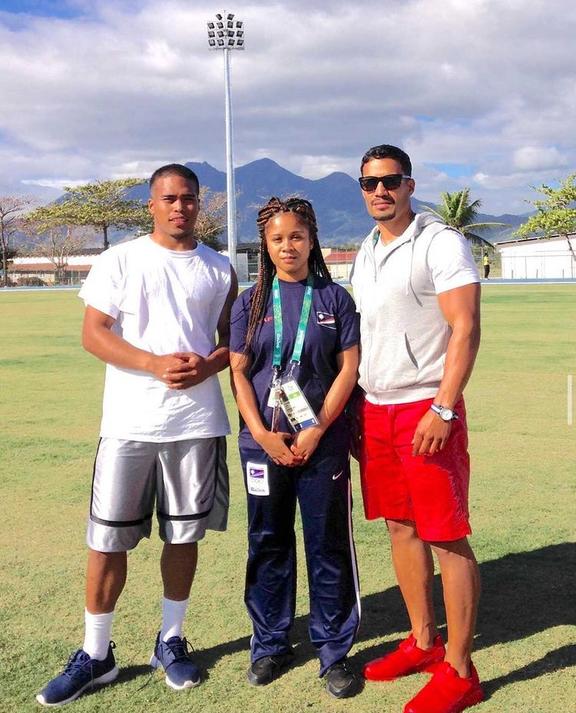 Another unforgettable moment would come eight years when his daughter, Mariana Cress, represented the Marshall Islands at the 2016 Rio Olympics.

Competing on her 18th birthday, the teenager finished sixth in her 100m heat in a time of 13.20 seconds, with her dad watching on from the stands.

"I was happy that she was able to compete. She pretty much ended that chapter of her life right after - I think all that pressure and stress for those year and a half or two that came with it (was enough for her) when she ran," he said.

"She ran on her birthday at the 2016 Olympic Games and that was her last race, she hasn't competed ever since."

While his days as an elite athlete were behind him, Roman Cress remained competitive by nature and still works out six days a week.

He's also been a regular on the modelling circuit for the past 17 years, although he confessed his chiseled appearance didn't always work in his favour.

"A lot of times I get passed over because the agency say I'm too handsome," he revealed. 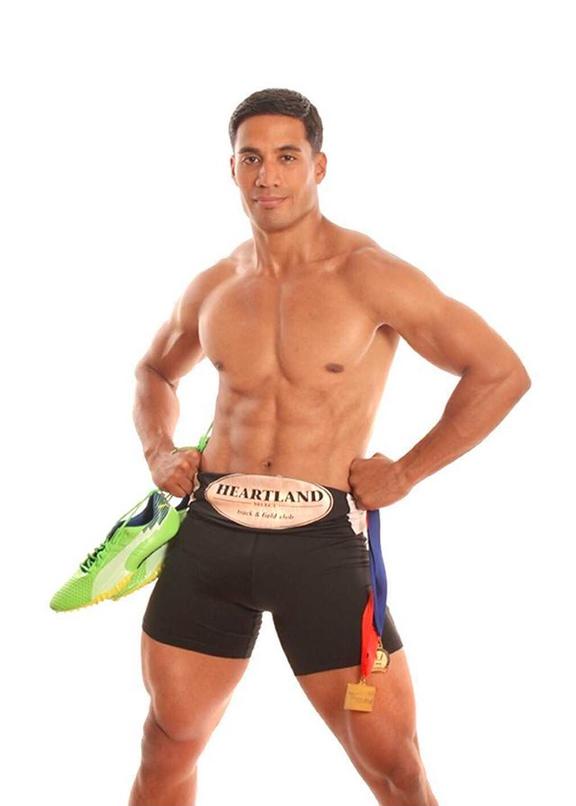 Roman Cress qualified for Sydney 2000 but was unable to compete. Photo: Supplied

"The whole industry is changing, they're looking for everyday, user-friendly kind of people."

13 years on from his appearance at the Beijing Olympics, Cress is now more likely to be found mixing tracks than running on them.

The part-time rapper first got involved in the music industry more than 15 years ago when he began managing a series of artists.

But when they dragged their heels in releasing some tracks, he decided to do it himself.

"These guys they're not as ambitious as I am. They're very talented - more talented than I - but they just don't have the business sense," he said.

"...these guys were procrastinating but nobody wanted to release anything so I was like I'm going to do it myself. I just jumped into - it last year was my first one."

'Now You Know' was released in 2020, with tracks reflecting on his life experiences over a 10 year period. That was followed by 'Rize & Grind' in January, which Cress describes as a motivational album to give people "a kick in the butt and start training", while a new album is due to drop very soon.

"It's more of like a hobby. I don't have any intentions of making it big or anything, I just enjoy making music. I like creating."

Roman Cress is also gearing up for his acting debut. He and a friend have written a sci-fi crime drama in which he plays a CIA agent investigating a series of mysterious deaths in rural American towns.

"I'm an FBI agent, I get called in to figure out what's going on, because there's these mysterious deaths going on in these rural towns, and people think it's Sasquatch killings, they think it's bigfoot.

"...the townspeople think people are disappearing because of bigfoot but it's actually because of these meth deals gone bad." 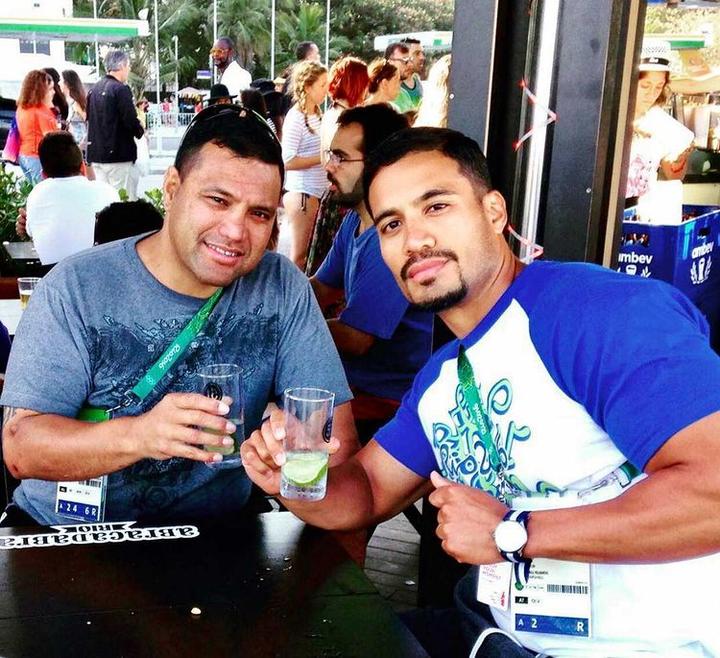 The pair have sunk thousands of their own money into the project and after shooting wraps in summer they plan to shop it around the film festival circuit with the ultimate goal of landing a streaming deal with Netflix or Hulu.

Roman Cress said they already have plans to shoot another film in the Marshall Islands centered around another urban legend.

"I've spent very little time there but every time I go there I feel like I belong there," he said.