An unsuccessful attempt at becoming a professional tennis player was probably one of the best things that happened to former Silver Ferns' legend Margharet Matenga.

Matenga recently came over from the Cook Islands to attend the funeral of her former Ferns' team-mate Marg Forsyth, which brought back a lot of memories for the 65-year-old. 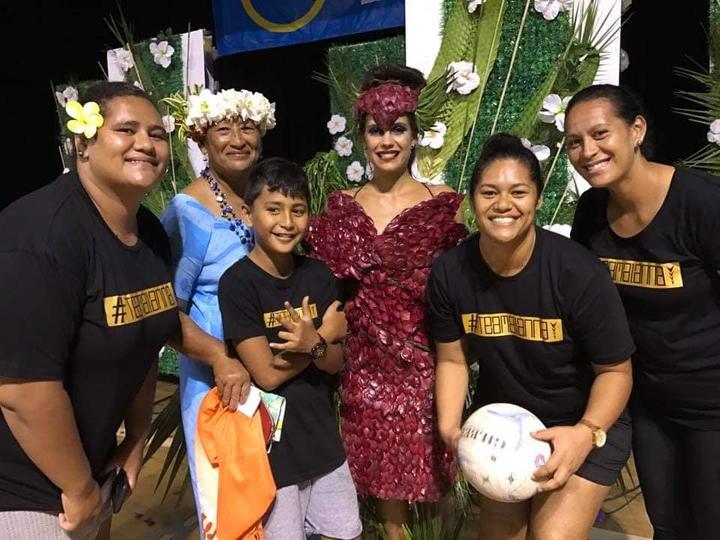 Margharet Matenga is a familiar face at any netball events in the Cook Islands. Photo: Supplied

Her father, the late Teanua Dan Kamana, a talented sportsman himself and one of the Cook Islands' longest-serving parliamentarians, had a huge influence on her sporting pursuits.

The fourth of six children, Matenga played netball growing up, but tennis was the sport that dominated.

Her father had big ambitions for her after she beat the Cook Islands tennis champ at just 14.

Her dad took her to see a movie on Evonne Goolagong - the first Indigenous Australian to achieve success in tennis on the world stage.

"It was shown at the cinema in Rarotonga and he took me along. He said 'look that lady's got two eyes, two hands, two legs, the same as you and I think you can make it like her'.

"To get into professional tennis overseas you'd have to start at the age of five, six...I was at college at the time," laughs Matenga. 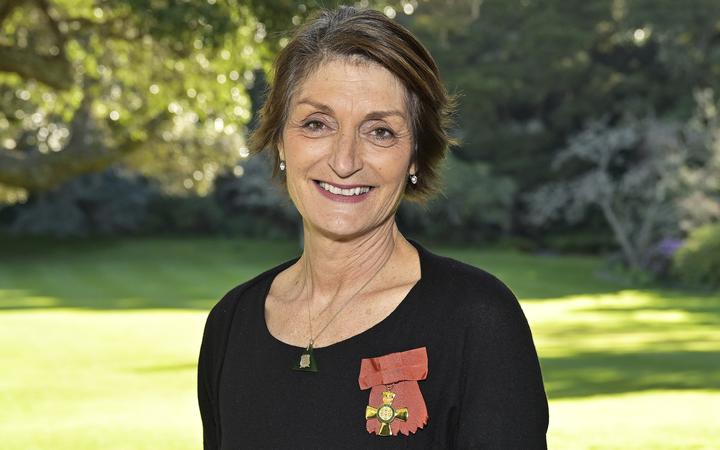 Margharet Matenga was recently in New Zealand for the funeral of her former shooting partner Margaret Forsyth (pictured).   Photo: Photosport

He sent her to Auckland when she was 17 to pursue a pro career. It made the newspapers in Rarotonga.

"It was in the headlines in the newspapers in the Cook Islands that I was going to New Zealand to get professional coaching and I would make it big."

But after a couple of months in Auckland, everything fell by the wayside when she barely heard a peep from tennis officials.

"For me it was too late...I was too old to start getting into professional tennis ...I just got my coaching from Dad, you know being on the sideline. I didn't have a good background in coaching from someone that knows."

Matenga was staying at her aunty and uncle's in Auckland for a couple months doing nothing, when her father came over.

He stopped off on his way to Christchurch as the manager of the Cook Islands team for the 1974 Commonwealth Games. 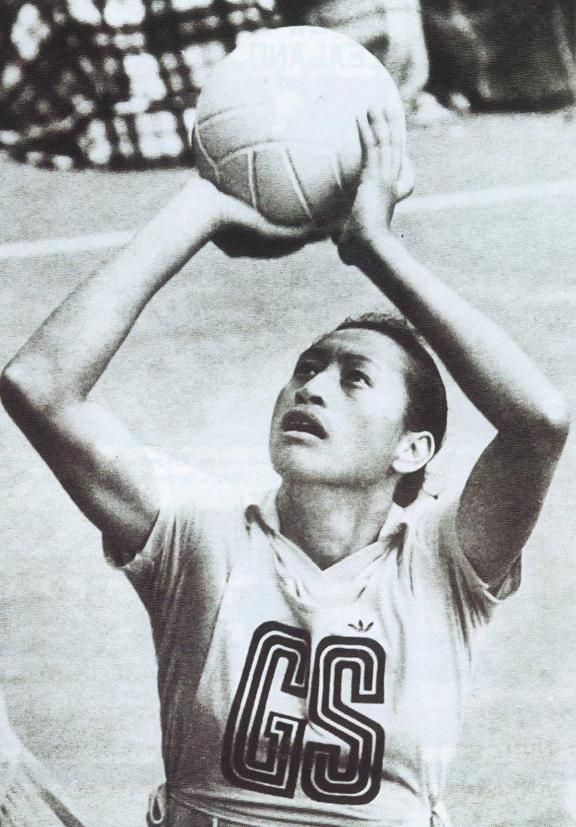 Silver Fern Margharet Matenga was an international shooter to be reckoned for the good part of a decade. Photo: Supplied by Netball New Zealand

The next plan was to send Matenga to Wellington to stay with one of her sisters.

She got there just in time for the netball trials for that season. The cold weather didn't appeal but she got into the top team for PIC (the Pacific Island Churches Club).

"There were mostly Samoans, there was some Pakehas and a few Rarotongans, my sister and cousins and all."

Before that Matenga hadn't been that serious about netball until she played at the Wellington courts in Hataitai and watched a lot of Silver Ferns.

"I was just watching all these top players in Wellington in the Prem side and I was thinking 'our team needs to get into that level'."

Within a couple of years PIC were promoted to the Premier grade and started winning the competition and Matenga started getting more serious about the sport.

"Although I kept ringing my Dad and saying 'look Dad I'm playing netball at the moment and I'm really enjoying it and I think, I think I can make it to the top' and he says 'oh what about our tennis?'

"I always listened to my Dad and he was never wrong. So I played tennis and of course while all the pros were away and all the top tennis players were away I made it into the Wellington side just for one year. So we went away and played and of course I wasn't good enough because I didn't have the coaching that I really needed."

The next year Matenga made it into the Wellington netball side and she got her first Silver Ferns' trial in 1975 after Dame Lois Muir noticed her at one of the tournaments.

Her father came over from the Cooks Islands to watch her at the trials.

Dame Lois had a strong core of players she took to the World Champs in Auckland in 1975 and Matenga was named a non-travelling reserve.

"I was satisfied with that but you know my Dad...he said to me 'you needed to get in that team' and I said 'that's okay Dad, one day I will get in'. And he says 'what about our tennis'?"

With no international Tests in the proceeding two years, the next Silver Ferns' trials were held in 1978.

Matenga was confident and had set herself a target.

"'I thought I need to get into this side".

At 22 she became the first Pacific Islander to play for the Silver Ferns, which was a great source of pride for her and her family.

"I was over the moon...I rang my Dad straight away and I said 'hey Dad we've just had trials'...and I said 'well I made it' and he said 'oh good very good, what about our tennis?'" laughs Matenga.

"Dad, I'm 22 now let's just forget about that...anyway he was very very happy, and of course my mum was so happy and my PIC team-mates and Wellington."

The crowning glory was the Silver Ferns' famous 1987 World Champs victory in Glasgow.

In 1989, Matenga and her family moved back to the Cook Islands, where she became player/coach of the national team and was later president of the Cook Islands Netball Association.

It was important to Matenga to come back for the recent funeral of her old Silver Ferns' team-mate Margaret Forsyth.

"It was pretty sad, I was dreading it because I wasn't sure how I would take the thing but it was great to see all the other Silver Ferns that had turned up. It was a good and a sad reunion for all of us but I was happy to be part of the funeral."

For the majority of her Silver Ferns' career she formed a formidable shooting partnership with Forsyth - the pair dubbed the 'two Margs'.

"I think it's that Polynesian flair and Marg was a person that you would just love straight away...she was knowledgeable, she was skilful, she was just so good and the way she played and the way I played we just moulded."